Dieter Rams is a German industrial designer who is well known in the design community for his 10 principles of good design. Know that one of the predicates to his approach is that “less is more.”

Which gets to the point of item 10 on the list which is that Good Design “Is as little design as possible.”

In other words, there ought to be a certain essential purity to the overall design of the object so that it just is.

That comes to mind in the context of the Audi TTS coupe. 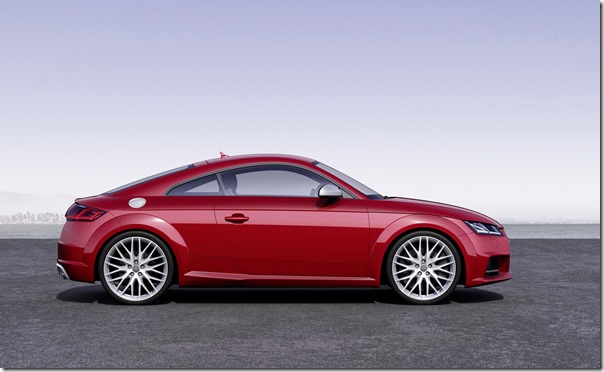 One might argue that it is something that one could simply sit in and feel surrounded in a comfortable, competent environment. (Which, someone else might argue, means that it is like a sculpture on the outside and a red leather-clad and technology-equipped object on the inside, and so it isn’t, perhaps more than a car.)

Or someone (like me) could argue that it is something that you could put inside a gallery and its sculptural nature would be sufficient for it to simply be. 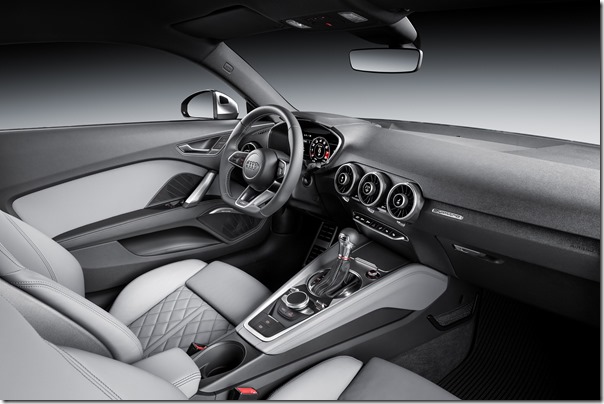 But, of course, people buy cars to drive, and in that regard the TTS is not in the least bit lacking.

There’s a turbocharged 292-hp four cylinder engine that, according to Audi, provides a 0 to 60 mph time of 4.6 seconds and a top speed—top track speed in the company’s parlance (along with the warning: “Top rack speed electronically limited in the U.S. Always obey speed and traffic laws”)—of 155 mph.

The TTS has a six-speed dual-clutch transmission that is smoothly calibrated so that the shifts click into place without the whiplash characteristic of some other dual-clutch systems; there is all-wheel drive (quattro). 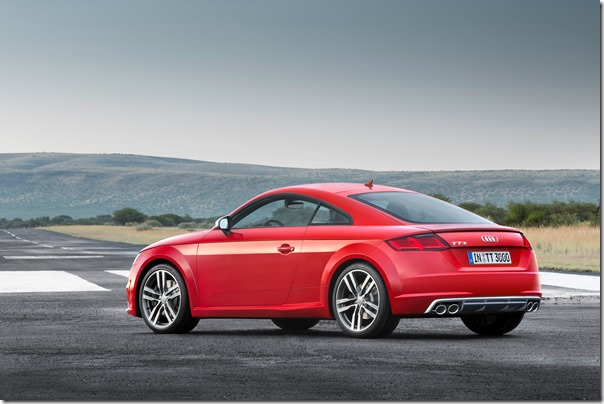 Not surprisingly, there are full LED headlights and LED taillights (had Audi patented LEDs for vehicle lighting when it first brought them out as daytime running lights, Volkswagen Group would have its coffers full). The grille continues to be a comparatively massive maw, yet despite the low, wide vehicle, it seems completely proportionate.

Inside, it is metal and leather. And silicon. Yes, there’s Google Maps that provides simulated reality for routing.

One more principle from Rams: “Good Design Is Honest: It does not make a product more innovative, powerful or valuable than it really is. It does not attempt to manipulate the consumer with promises that cannot be kept.”

And that is the Audi TTS. It is authentic. It delivers. And that’s precisely what matters for something that is well designed and well-engineered.