A friend who lives in the greater Columbus, Ohio, area has pointed out to me that the locale is sometimes used as a test market for consumer products. Presumably this means that the population has a wide swath of people who are “typical” buyers, representative of greater numbers than the actual number of Columbians (or whatever they’re called).

Which came to mind when driving the Accord. 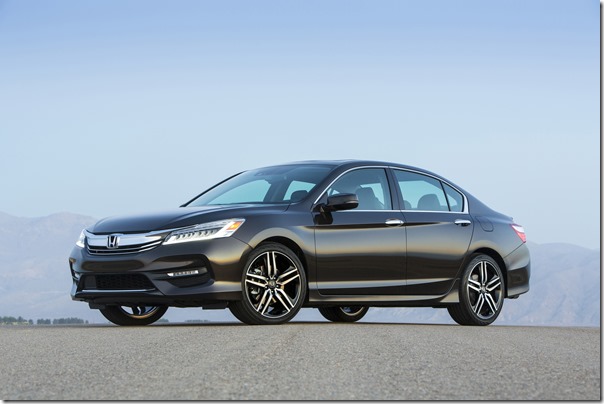 Realize that this is a vehicle that comes from that area. The women and men who worked on it, for the most part, live in and around Columbus. These are people whose tastes have broad applicability.

Which goes a long way toward explaining why the Accord is so popular. It was the second-best selling car in the U.S. last year (to the Camry), a position it has long held in the market.

I think this is because the people who developed and build the Accord put into the car things that they want, and the things they want are the same things that a whole lot of other people are interested in.

Mind you, these are not necessarily big things (although being responsible for the whole car means that there are those who are in charge of those things, too). For example, the glove compartment has a lock, something that has been thrifted out of cars that have a starting MSRP much higher than that of the Accord.

There are grab handles mounted above all four doors. At best, manufacturers put in three, figuring that the driver can use the steering wheel for assistance if need be. Many have simply eliminated them. With the aging Boomer population, they’re probably going to find out that that isn’t a good thing to have deleted from the build.

There are cup holders in the center console that have a shape and depth that provide sufficient container bandwidth and holding capability. 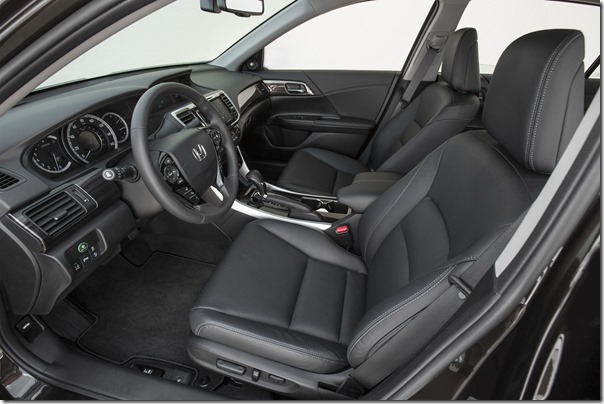 These are small in the overall context of a sedan, but they are important, in that they are the sorts of things that some people use on a daily basis.

This, I think, is the true difference between the Accord and sedans that simply boast about having Apple CarPlay—although the Accord offers that, as well.

Because of the Accord’s vaunted quality, durability and reliability (QDR), people might simply think of it as an automotive version of a solid, orthopedic, sensible pair of shoes. Not much to look at there, even though they get the job done.

But the sedan really has an exterior design that is much more fashion-forward than one might think, and I just don’t mean the now-obligatory use of LED lighting in the front. The Accord is low, lean and far sportier than one might think, given that it has that reputation for sense, if not sensibility. 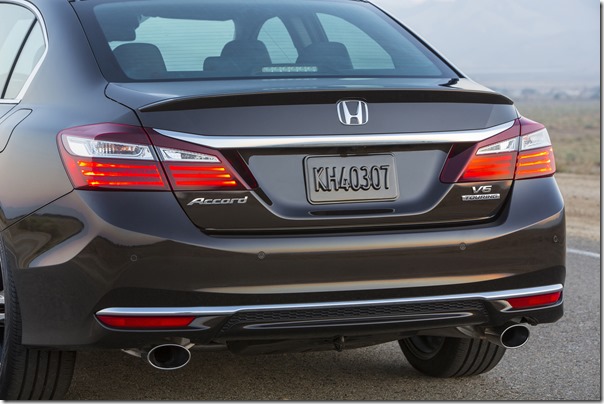 Consider: there were a whole lot of people in places like Marysville and Raymond, Ohio, as well as out in Torrance, California, who worked on developing this vehicle, undoubtedly for their families and friends—and selves. And you can discern that personal thoughtfulness that has gone into this car.