Let’s face it: Scion cars have, by and large been somewhat orthopedic in their design (the exception would be the tC, the exception that proves the rule as its stylishness gave it considerable attention and even credibility outside the expected audience), as in practical, straightforward. Consequently, someone who would be looking for something of a sporty performance car would be no more likely to go into a Toyota dealership (remember: Scion dealerships were contained within Toyota floor space, which made things all the more clever from a point of view of making it easier for dealers to swallow the trendy brand) than she would go to a gas station for sushi (she could, but it probably wouldn’t be a good idea). 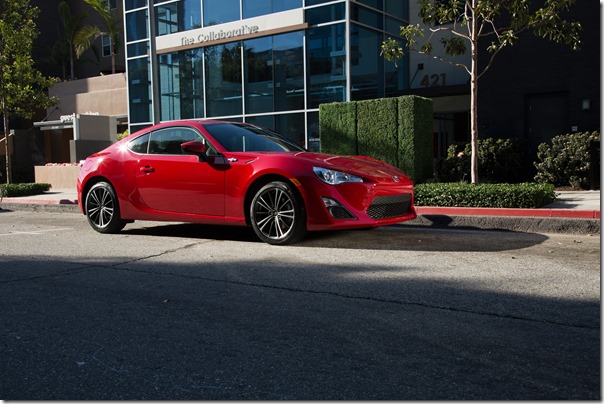 Fundamentally, the market for cars like the FR-S is small. The sort of numbers that in the context of, say, the Ford F-Series (not that there is any correlation between the two vehicles other than that they both are vehicles with the letter “F” involved, but the F-Series sales are so extreme that it is fun to use it as a use case) probably aren’t noticed.

Which is five cars with a total of 34,858 sold. It may be interesting to note that there were 33,329 Corvettes delivered, so arguably more expensive sporty two-doors have a better potential in the market.

If you’re an enthusiast for Japanese compact sports cars you probably already knew that. 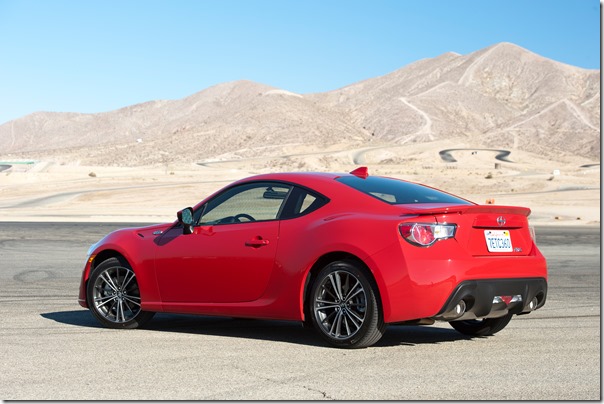 This is a car that is meant to driven with alacrity. And it can be. It has a 200-hp 2.0-liter engine under its hood and the shift lever for a six-speed manual comes readily to hand (yes, there is an automatic available, too, but. . . .).

While some may do an eye-roll seeing the 200 hp, know that with said automatic the curb weight of the car is 2,758 pounds, so that’s a decent power-to-weight ratio for this rear-drive car.

At the risk of being an ageist, the FR-S is a young person’s car. No, this is not because Scion is all about being all pierced and tatted up and so on. Rather, because it is a car that takes a bit of limberness and finesse to simply climb into. Sure, you can carry an AARP card and drive one. But then you might have a bit of difficulty of climbing out of one.

(OK. People of all ages who like to drive rear-drive sports cars know that there are going to be more compromises than a limited number of cup holders and they are good with that.)

I once had the opportunity to drive an FR-S on a coned slalom course. I may have killed a cone or two. But I can’t recall too many times having much more fun.

Maybe that’s what the “F” stands for.