Light vehicle sales in Russia have been rather weak for the past several months, given all manner of issues ranging from a weak currency to the significant drop in oil prices. It is hard to buy cars and crossovers when money is hard to come by. (Although some might argue that given the types of loans that are on offer in the U.S., even that limitation can be overcome.)

According to the Association of European Businesses, in September light vehicle sales were down 10.9% in Russia compared to September 2015. The number of vehicles sold was 125,568.

Still, the gulf in sales, population considered, is deep and wide.

One of the consequences of the weak vehicle sales in Russia is that many global automakers have reduced their production there. 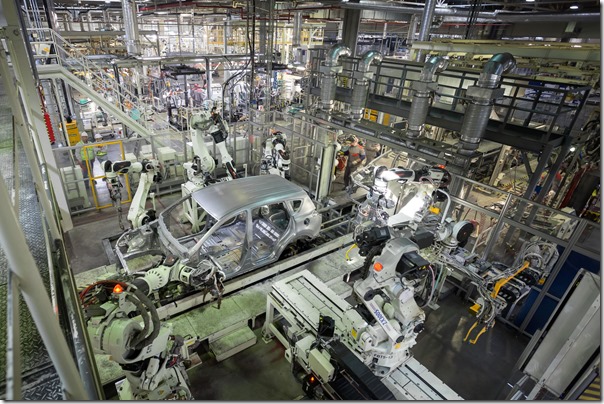 But this past August, Toyota started production of the RAV4 in its Saint Petersburg plant, where the Camry has been in production since 2007.

The RAV4 built in the plant will be sold in the Russian, Kazakh and Belarus markets. All of which may make you wonder: Isn’t this supposed to be a review of the RAV4?

And it goes straight to the point of the RAV4, which is such a good vehicle that the people at Toyota are confident that its fundamental characteristics can transcend a seriously struggling market. Here in the U.S. in September its sales—29,438—were nipping at the heels of the perennially best-selling Camry, which was at 30,707. The styling, the powertrain, the amenities, and the overall orchestration makes this a compact crossover to be considered by anyone who is considering a vehicle of this type—and nowadays, that seems to be everyone.

According to Cars.com: “Out of 84 model-year 2016 and 2017 vehicles tested in our Car Seat Checks, only six have made the Cars.com's Car Seat Check Honor Roll. These six cars earned the top score of A in all of our Car Seat Check categories, setting them apart as the best for car-seat installation.”

While there is certainly a considerable number of people who buy crossovers just because they like the higher H-point or because of the AWD availability, some are interested in the vehicles because they generally have more cargo capability than, say, sedans. And they have kids that need to be transported, as well.

A friend who was interested in the RAV4 has three small children (including twins), so he climbed in the back and his verdict—not having done any experimentation, but just from sitting and looking—was “I could put three seats back here.”

So there you have it.

This is a crossover that checks those boxes and plenty more.