The BMW 5 Series has been on the scene since 1972, and now the vehicle is in its seventh generation.
#oem #BMW #HP

The BMW 5 Series has been on the scene since 1972, and now the vehicle is in its seventh generation. And the vehicle hasn’t missed a step in this period of time, perhaps because according to the company it is “the most successful premium sedan.” It isn’t entirely clear what is meant by that, but it probably has something to do with the fact that on a global basis nearly 8 million of them have been sold, so the folks in Bavaria undoubtedly want to keep the momentum going. 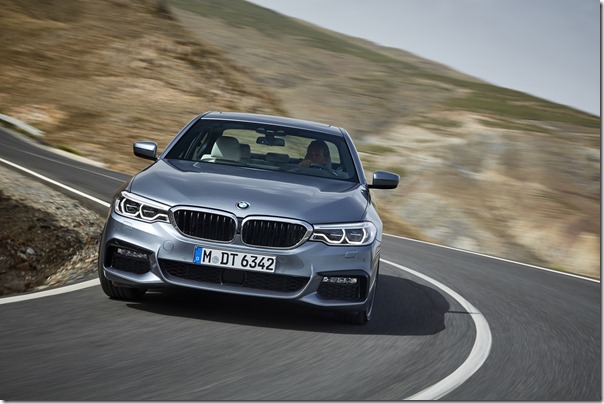 But whereas one might think that with size comes mass, that’s not the case with the new sedan, as the engineers have made judicious use of aluminum (doors, trunk, engine cross member, rear side members), magnesium (cast instrument panel support) and high-strength steel (roof, side members, and rear) such that as much as 137 pounds have been subtracted from the curb weight, with the exact mass reduction being predicated on such things as the particular model and the amenities added; the 530i XDrive driven here has a curb weight of 3,878 pounds, with a front/rear weight distribution of a well-balanced 52.5/47.5 percent. As this is an “xDrive” model, that means we’re talking intelligent all-wheel drive.

The styling of the 5 Series is certainly BMW all over, but it has a sharp, tailored look for something that can carry five people (admittedly, you don’t want to be the fifth, however). When announcing the car last fall, then-head of Design BMW Automobiles Karim Habib (he has since left and gone to head up design at Infiniti) said, “The new BMW 5 Series will make a mature, confidently stylish and dynamic impression at every opportunity,” making it sound like something that might be getting ready for an AARP membership. (“Mature” is one of those words that you use euphemistically.) It may be 45 years since 1972, but Habib was evidently understating the execution of the car that is long and svelte. He nailed it when he said, “For the first time, the new BMW 5 Series Sedan brings together two traditional BMW design elements which are normally separate from one another. The swage line turns up as it heads rearwards, moving from shadow to light and sweeping up the Hofmeister kink in its path rather than continuing into the rear. This upwards motion lends the car a forward-surging character, and the expressive, swooping surface imbues it with an undeniable muscularity.” And it is not the mature muscularity of a 45-year-old. 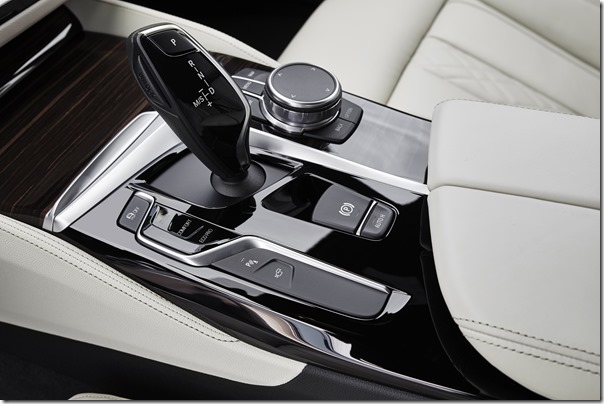 The people in the body shop in Dingolfing deserve high praise for the execution of the sheet metal for the 5 Series.

There is a funny thing to recall about 1972. It was the year that the video game Pong was all the rage and digital watches adorned the wrists of many of those who were playing. The 5 Series—thanks, in large part, to the iDrive 6.0 user interface, head-up display, and other HMI implementations—won the 2017 “Best Designed User Experience Award” from EyesOn Design, the designer-centric design competition that occurs every year at the North American International Auto Show. There is more than a little something to be said about not only the digital execution in the 5 Series, but the overall cabin, with such things as standard 16-way adjustable Sport seats (you want to sit in the front, even though they’ve increased the knee room and legroom in the back by 1.2 inches) and a headliner that has sound-absorbing materials that really makes the space, well, quiet. 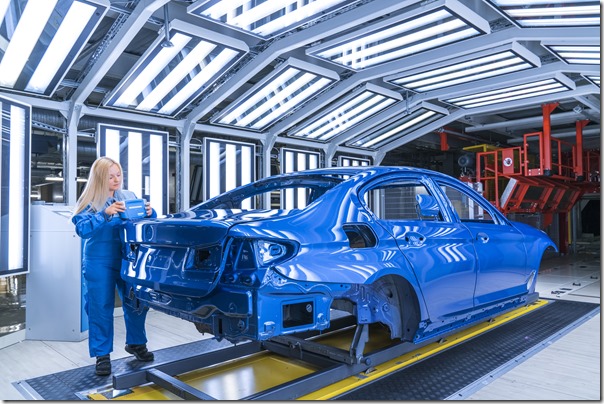 But then you get on the pedal and feed the premium to the 248-hp, 2.0-liter turbocharged four cylinder engine that’s mated to an eight-speed automatic transmission. And you can hear it. According to BMW the 530i xDrive goes from 0 to 60 mph in 5.8 seconds, and I have little reason to doubt the veracity of that claim.

In Germany the 5 Series is considered a “business sedan.” Meaning that it is the sort of thing that executives at various levels in companies drive to work in, driving on the Autobahn to get there.

It also does quite nicely on I-75, I-696 or wherever else you happen to be going. 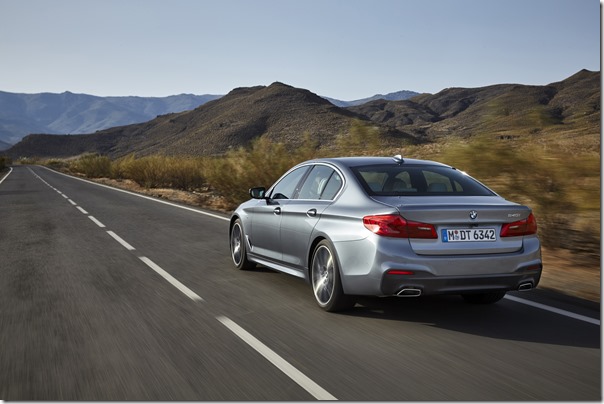