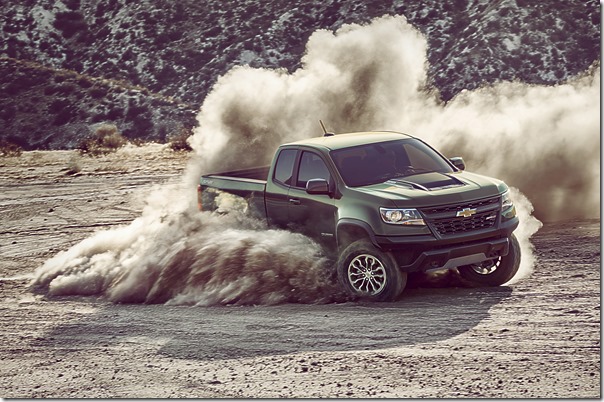 The point is this: The front suspension setup is independent coil-over-shocks with Multimatic Dynamic Suspensions Spool Valve (DSSV) dampers and there’s a locking differential. And the rear suspension is a solid axle with semi-elliptic, two-stage multi-leaf springs; with Multimatic DSSV dampers and a locking differential. If that doesn’t mean anything to you, then the ZR2 isn’t the midsize pickup for you. 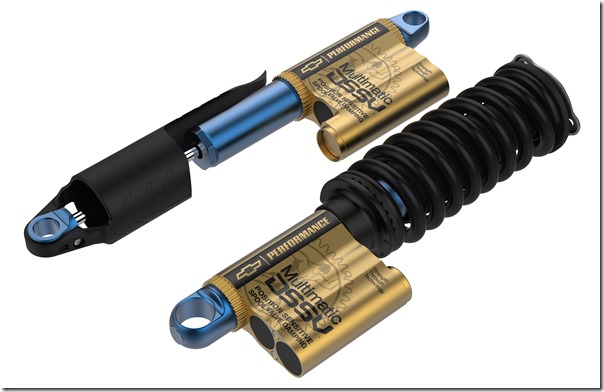 Chevy has a whole bunch of other trims that probably are more relevant.

This is serious hardware.

Think about it: for years Jeep brand has pretty much owned the off-road segment of the market. No other vehicles (absent things like Land Rovers or Unimogs) were contenders. So the fact that it has taken so long for there to be something like the ZR2 is somewhat surprising.

The Colorado itself it built with robustness in mind, as in having a fully boxed frame and a roll-formed high-strength steel bed.

So for the ZR2 they added the aforementioned hardware. The track is widened compared to the conventional Colorados (3.5 inches). There are cast-iron control arms exclusive to the truck because the rocks can be unrelenting. The front and rear bumpers are modified because things encountered off-road are somewhat different than those in urban environments. And there is a functional rocker, which might be better described as a serious piece of pipe below the sill.

And what makes this truly the sort of thing that you’re going to go rock crawling in with capability: there is an available 2.8-liter Duramax Turbo-Diesel engine, paired with a six-speed automatic transmission. The diesel provides 186 horsepower and, more importantly, 369 lb-ft of torque. 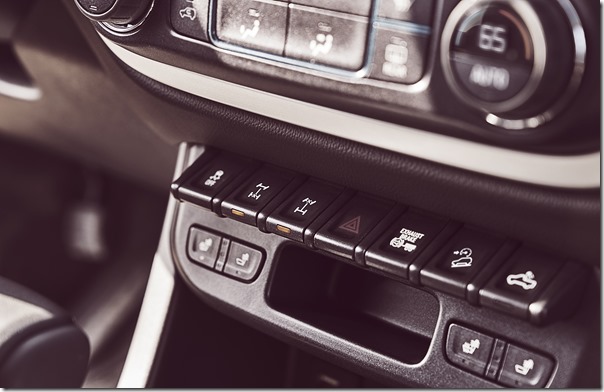 But here’s the thing that is a little surprising: except for the switch gear to get the vehicle setup for the terrain on the IP, the interior of the ZR2 is pretty much that of a standard Colorado. One might think that the interior designers would have gotten a shot at the vehicle the way that the suspension engineers did, but that doesn’t seem to be the case. (Credit must be given to Jeep in this regard, as the inside of the vehicles typically echo the exteriors.)

After all, if you’re going to get a vehicle that can do what ordinary vehicles can’t even begin to approach, chances are your idea of cleaning out the interior after a day at play is going to include a garden hose and a Shop Vac. 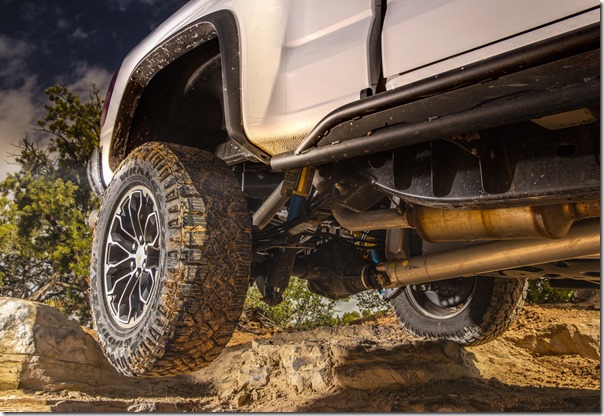