I’ve driven a lot of cars over the years, but never have I driven one that was targeted in a tweet from a president-elect--"General Motors is sending Mexican made model of Chevy Cruze to U.S. car dealers-tax free across border. Make in U.S.A. or pay big border tax!"—and responded to the same day by the corporation: “General Motors manufactures the Chevrolet Cruze sedan in Lordstown, Ohio. All Chevrolet Cruze sedans sold in the U.S. are built in GM’s assembly plant in Lordstown, Ohio. GM builds the Chevrolet Cruze hatchback for global markets in Mexico, with a small number sold in the U.S.” That happened on January 3. 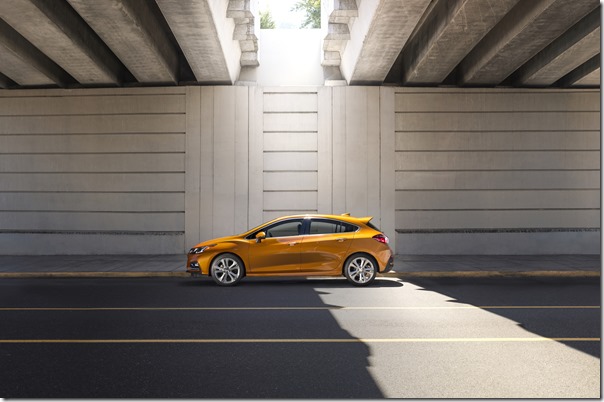 At the risk of getting political here, it is rather astonishing that there is attention being paid to a perfectly well-built, comparatively inexpensive five-door. I mean, the base MSRP for the one that I drove is $21,240. According to Kelley Blue Book the estimated average transaction price for light vehicles in the United States was $35,309 in December 2016, so the balance of trade is unlikely to be tipped by the Cruze Hatchback.

And while hatches are arguably becoming more popular, there is not going to be some sort of car hauler jam up at the U.S.-Mexico border with Cruzes rolling north.

And in the particular case of the hatch, GM’s official statement about a “small number sold in the U.S.,” painful as it must be to admit, is undoubtedly true because when people are faced with a choice of a sedan or a hatch in a U.S. showroom, unless the hatch door is on the back of a crossover, the sedan is going to be the one more often selected. People like cars to have a trunk. 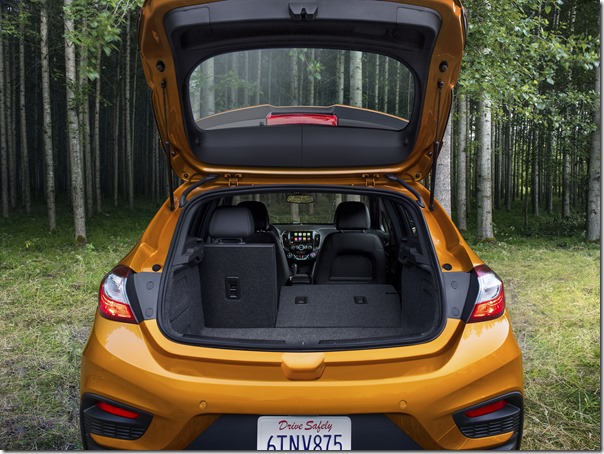 The Cruze I drove is equipped with a six-speed manual transmission. Manuals are becoming like proverbial hen’s teeth in the U.S. market. Car and Driver magazine actually started a “Save the Manuals!” campaign back in 2010 and things have only gotten increasingly dire for the stick shift in the subsequent years.

But in other parts of the world, manual transmissions are pretty much what cars come with. So presumably there is something of the global nature to that transmission, too.

While the vehicle is assembled in Mexico, where the 153-hp, 1.4-liter turbocharged engine is produced, as regards the pieces that go into making the hatch, 44 percent are sourced from the U.S. and Canada and 32 percent from Mexico. Guess that doesn’t fit in a tweet.

One wonders whether the president-elect’s team got a copy of the window sticker for the 2017 Cruze Hatchback LT w/RS Manual and discovered that the transmission was sourced from Austria, birth place of the current host of Celebrity Apprentice, the TV show that the president-elect continues to serve as executive producer of. As he tweeted on January 6: “Wow, the ratings are in and Arnold Schwarzenegger got ‘swamped’ (or destroyed) by comparison to the ratings machine, DJT” As you’ll recall, Mr. Trump, a.k.a., DJT, had been the host of that show. 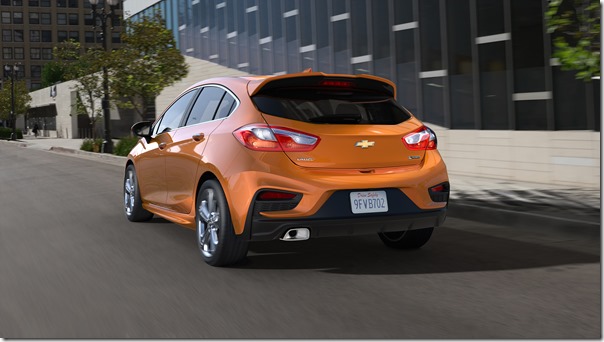