What surprised me about the Kia Niro was not the 47 mpg that I achieved without trying. Nor that when I glanced at the center gauge I discovered that the hybrid powertrain was operating in electric mode—and I was on a freeway. Not even the nice touches on the interior like the blue stitching on the leather seats or the blue metallic surrounds on the HVAC vents (small details that show that attention was paid during the entire development of the vehicle: lots of companies get the big things right, but when they execute on the small things, as well, then you know that you’re got something). 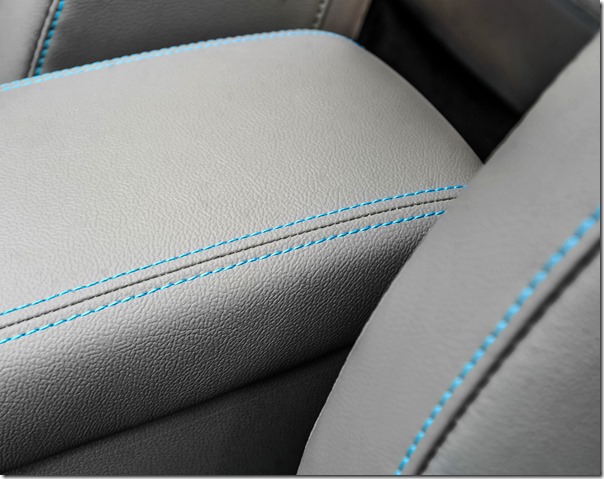 No, what surprised me the most was that the vehicle was designed at the Kia design centers in Irvine, California, and Namyang, Korea. I would have thought that what they’re describing as “a new kind of crossover” was designed at the Kia European design center in Frankfurt, Germany, because this compact vehicle strikes me as what would be called in Europe a “sport tourer.” In the U.S. that would be a “station wagon,” a term that hasn’t resonated in the U.S. market for some time (e.g., there was the Dodge Magnum, from 2005-’08, and the Cadillac CTS-V Sportwagon from 2011-’14). The Niro just looks and feels like a European car, and I mean that in a good way.

As mentioned, it is a hybrid. But this vehicle, based on an all-new platform, takes more of a page from Honda than from Toyota in that when there was a Civic Hybrid, it simply looked like a regular car, and the Prius has always, well, looked like a Prius, and even though the new Prius breaks new ground in its design, it is still something that looks sui generis.

Again, the Niro looks like the rule, not the exception, though the rule, in this case, is certainly stylish, as is generally the case, of late, with Kia designs.

As for the hybrid part of the equation: the engine is a 1.6-liter four that produces 104 hp. The Kia engineers did some tricky plumbing, as it were, with valve cycles and bore sizes, with exhaust gases and with engine coolant. All of this goes toward making the engine more efficient. Then attached directly to that engine is a 43-hp (a.k.a., 32-kW) motor and that’s attached on the other end to a six-speed dual clutch transmission. And underlying this all from an electrical energy point of view is a 1.56-kWh lithium ion polymer battery.

(That battery is located under the rear seat. Should you look for a battery under the hood—you know, one of those black rectangular 12-volt units—you won’t find one. As part of the drive to reduce vehicle mass, not only did the engineers deploy lots of advanced high-strength steels—which are light and strong—but they removed the 12-volt battery, which generally weighs about 40 pounds. They’ve cleverly engineered the setup so that the lithium-ion battery does that job, too.)

And being an advanced technology car, it has an array of available technical amenities, be they for safety (e.g., blind spot detection) or connectivity (Apple CarPlay and Android Auto).

The Kia Niro isn’t so much a “new kind of crossover” as it is a “new kind of hybrid vehicle that people will buy because it is a good-looking car that happens to get phenomenal gas mileage.” 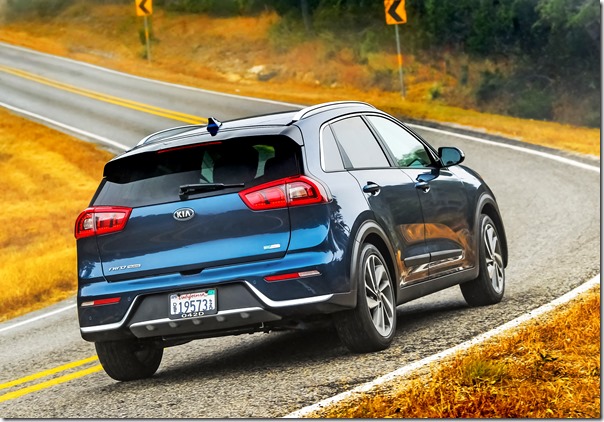