Let’s say that there are three buckets to put vehicle designs in.

One is American. One is Asian. One is European. (Note that this is in alphabetical, not chauvinistic, order.)

So the quick question is: Which bucket does the 2017 Kia Sportage go into?

Now it should be pointed out that Kia is a company based in Korea. And that the Sportage is built in a plant in Gwangju, Korea.

Pretty much puts it in the Asian bucket, doesn’t it?

But look at it: And given the ocular evidence, I’m saying European.

Yes, it was designed under the direction of Peter Schreyer, who hails from Bavaria.

Yes, it was designed in the Kia design studio in Frankfurt am Main.

And as a global product, the European market is not inconsiderable.

And given the appeal of many European products in non-European markets, the resonance can be considerable. Yet the Sportage is not a pricy vehicle. 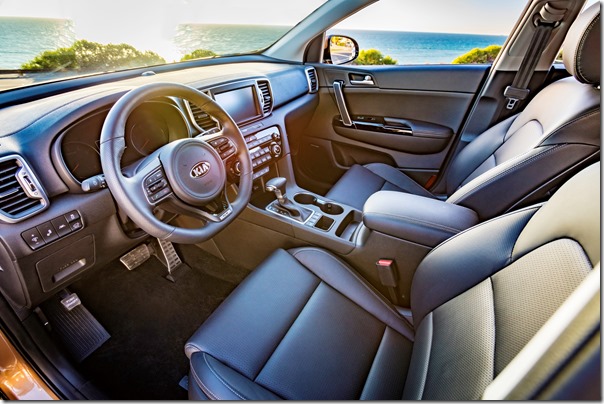 Yes, there is more. Yes, this is loaded.

Looks good. Has the goods.

What more can you ask?

Maybe there’s one more thing to note: Earlier this year Kia was named the #1 brand in the J.D. Power Initial Quality Study. This is the first time in 27 years that a non-premium brand achieved that ranking.

Euro style and Asian quality (i.e., the only other non-lux brand to score the top number was Toyota, way back in the day, and it is worth noting that the study has been conducted for 30 years).

Sportage is quite the package. 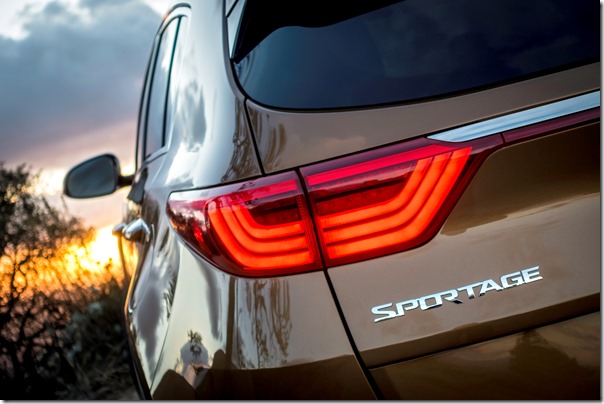