The Mazda CX-5 first appeared on the scene in 2012, and for 2017, the vehicle has undergone some major transformations, to enhance what was already a notable small crossover. According to Mazda, this is an “all-new” vehicle and there are “hundreds of improvements.” They even get a bit more precise, claiming “more than 250 improvements.”

Well, someone undoubtedly did the counting. 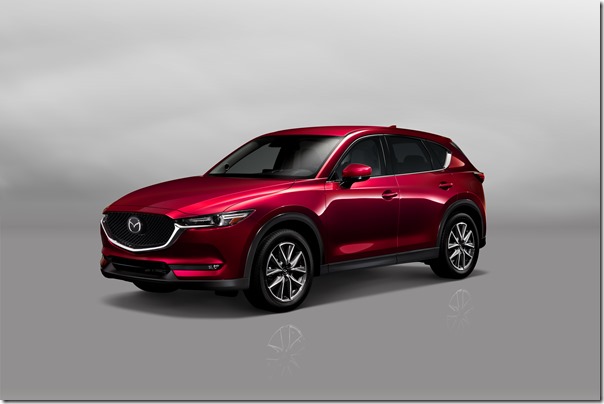 There are the factual changes such as the 15 percent improvement in chassis stiffness and the 35-mm adjustment of the A-pillars to reduce blind spots. There is, for the all-wheel drive versions of the compact crossover, the i-ACTIV AWD system that uses sensors to calculate—two processors are used, operating at more than 200 calculations per second--27 factors that determine where torque should go, with as much as 50 percent of the power (the 2.5-liter engine provides 187 hp, which is an increase of 3 hp from the previous model) to the rear wheels. The system in the 2017 model uses tandem ball bearings in the rear differential that (1) provide greater strength under load, (2) result in 30 percent reduced friction in the rear diff, and (3) allow a 2 percent improvement in real-world fuel economy. (On the subject of vehicle control, it is worth noting that across the lineup—front- or AWD variants included—there is “G-Vectoring Control,” which uses engine timing rather than braking to control chassis dynamics (engineers calculated that they could achieve the application of about eight pounds of pressure to the front of the vehicle via reducing engine spark).) 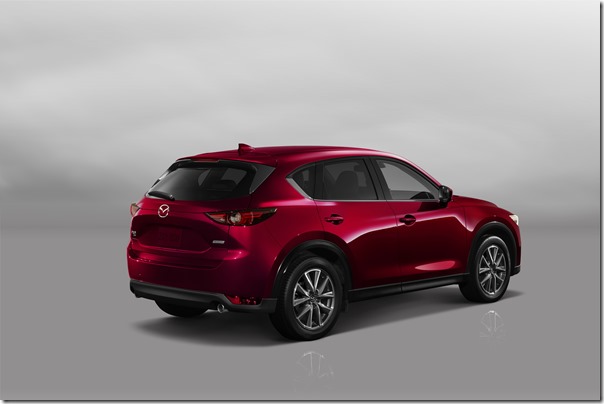 The styling of the vehicle, which was already remarkable although non-quantifiable, remains amazing, as there are shapes and lines that are concept vehicle-like in execution (which is typically of all Mazda vehicles, which is certainly atypical among its competitors). It was developed based on the theme “Refined Toughness.” Which must have a different meaning in the studio than on the streets because while one could make the argument for refinement, the whole “toughness” thing is somewhat mystifying.

While Mazda is all about “spirited driving”—even in compact crossovers—at the end of the day these vehicles are more likely to be purchased and driven by people who are looking for something that is stylish, functional, capable, responsive, and that can handle the kids. 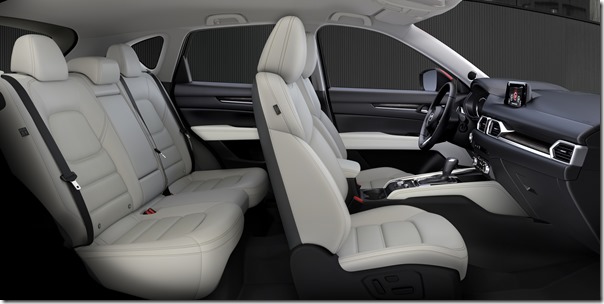 Perhaps one of the best awards that any mainstream vehicle can get is being one of the “10 Best Family Cars,” as selected by Parents magazine and Edmunds. Which the CX-5 received for 2017.

Who needs all of that clever torque adjustment, improved visibility, and a class-above interior execution more than a mom or dad who is running the kids from here to there and picking up sports gear and suchlike on a daily basis? Will they notice the bottom-hinged accelerator pedal? Probably not. Will they appreciate it? Probably so.

Will they know that this vehicle was developed in order to achieve the feeling of Jinba Ittai (which is Japanese for the “horse and rider as one”) when one is behind the wheel? Probably not. Will they appreciate it? Absolutely. 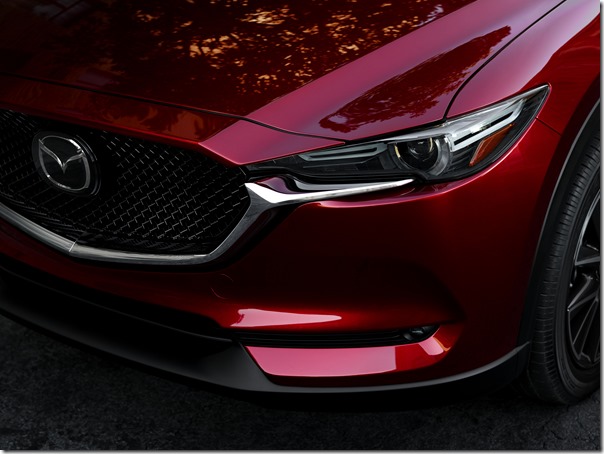