2017 NACOTY: The Triumph of Design and Engineering

While the 60 jurors certainly each have their own reasons for voting for those vehicles, arguably the design and engineering of those three vehicles are certainly solid reasons for why they were selected. 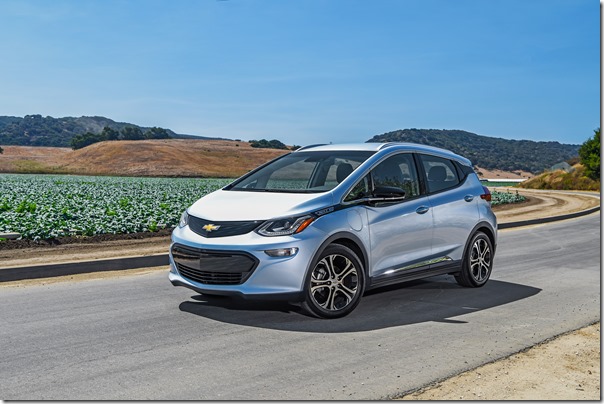 Design: In this case, it isn’t so much the exterior design—which combines a version of the front clip found on the Chevy Volt with a profile in which there is essentially no hood to speak of and a sweeping roofline back to the hatch that is nicely accented by a rising beltline—that makes it of interest as much as it is the packaging design. Realize that the designers were faced with the challenges of accommodating the amount of battery storage needed (which we’ll get to) while also handling five passengers and providing 16.9-cu. ft. of storage. (Interestingly, while it has taken the Car category, Chevy refers to the Bolt EV in the context of its utilities.)

Engineering: There were plenty of challenges addressed by the engineering team. Among them were creating an electric vehicle that would be mainstream-affordable (it starts at $37,495 before any tax credits) yet have a range that would handily beat the competitors in the price range. And this they did, with an EPA estimated 238 miles. The Bolt EV’s 200-hp (150-kW) motor is powered by a 60-kWh lithium-ion battery pack that consists of five sections, 10 modules, and 96 cell groups (three cells per group) for a total of 288 cells. They are packaged below the floor so that there is a flat floor. 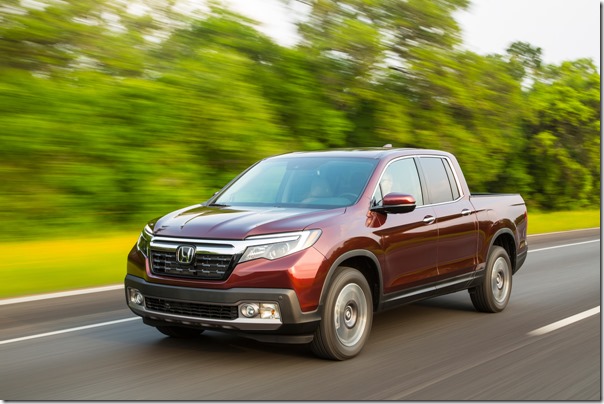 Design: This is the second-generation Honda Ridgeline, the pickup truck that has, since the first generation (it appeared in 2005 as a 2006 model year vehicle, and also picked up the NACTOY that year), pretty much defied what a pickup truck is, as it features unibody construction rather than having a body on frame. The first generation features a sail panel between the cab and the box, which made the first Ridgeline appear to be less capable than it actually is. So for the 2017 model the designers have made the Ridgeline look more, well, truck-like with a distinctive vertical break between the cab and the box. That said, the front end of the 2017 Ridgeline has the stylized grille and swept-back lights that are now characteristics of the Honda light-truck lineup (e.g., CR-V and Pilot).

Engineering: One of the issues with the ride and handling of light trucks is that they tend to be developed to handle a load and when they don’t have a load, there is a choppiness to the ride. The Honda engineers combine a stiff body structure with four-wheel independent suspension, vibration-damping subframes, and amplitude reactive dampers. The result of which is a smooth-riding vehicle whether the bed is empty or loaded. And the bed neither steel nor aluminum, but glass-fiber-reinforced SMC. The Ridgeline has a maximum payload capacity of 1,584 lb. 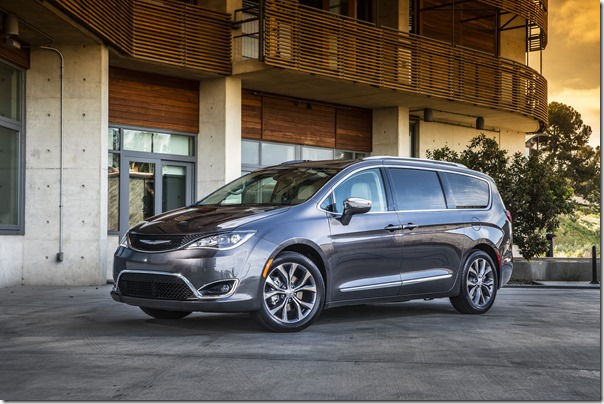 Design: Last year I had the opportunity to interview Irina Zavatski, the exterior designer for the Pacifica minivan. Prior to getting the assignment she drove a MINI. She then got a Town & Country so that she’d learn about the “minivan stigma.” And as a consequence of that she made sure that the design of the Pacifica would be something that women—and men—would be proud to drive. Zavatski recalled that the design and engineering team watched a “Saturday Night Live” skit about “mom jeans,” and they set out to transform the sixth-gen Chrysler minivan from anything resembling that, which they’ve accomplished through not only broad strokes of form on the body sides, but fine details like the way the chrome trim wraps around the lighting on the front fascia.

Engineering: A minivan is all about hauling people (cargo, too, but let’s concentrate on humans here), and with the Uconnect Theater available for the rear-seat passengers—as in two high-def 10-inch touchscreens that allow the display of games, movies and the Internet—chances are quietness is key. So they set about to make the vehicle as quiet as possible. One of the features Chrysler pioneered in the minivan segment is Stow ‘n Go seating, which allows the second row seats to be folded into the floor—as when you need to haul cargo. But that requires a tub below the floor, which can act like a drum. Not helpful vis-à-vis cabin noise. Another consideration was ride and handling. Sliding doors mean there is are comparatively large areas on both side of the vehicle that don’t offer much in the way of structure. So the engineers cleverly have made the box a part of the structure of the vehicle, which helps address two issues with one deft assembly.