There are two ways to consider the Chevy Bolt. One is the car. The other is the environment it exists in.
#oem #Chevrolet

There are two ways to consider the Chevy Bolt:

No, we’re not getting into some sort of Sartre territory here, but there is the issue of the environment that the car is part of, and this is not to refer to the fact that it is an “environmental” vehicle, which it is, at least so far as the non-existence of tailpipe emissions are concerned (because it doesn’t have a tailpipe). 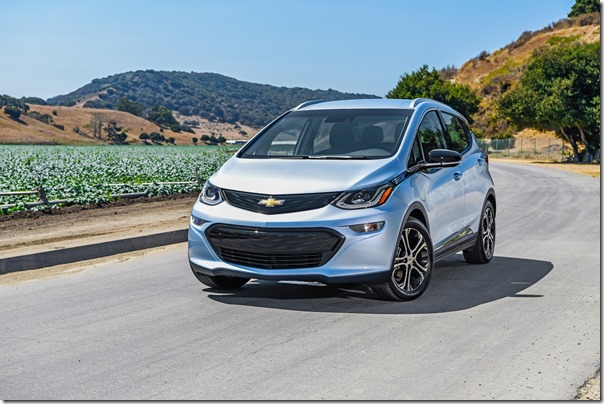 Yes, the Bolt EV is, as its name indicates, an electric vehicle (EV). The Chevy Volt, which some people confuse it with, isn’t an EV. It is an electrified vehicle. The Volt has an internal combustion engine, the Bolt EV doesn’t. This means that you put gasoline into the Volt, not the Bolt EV. But you plug both of them into an electrical outlet. (Arguably, you can drive the Volt without plugging it in, but that would be inarguably silly.)

The whole Bolt/Volt nomenclature issue can be confusing. I’m sure there was a meeting in Detroit at which someone said that the rhyme would be somehow suitable. It isn’t. 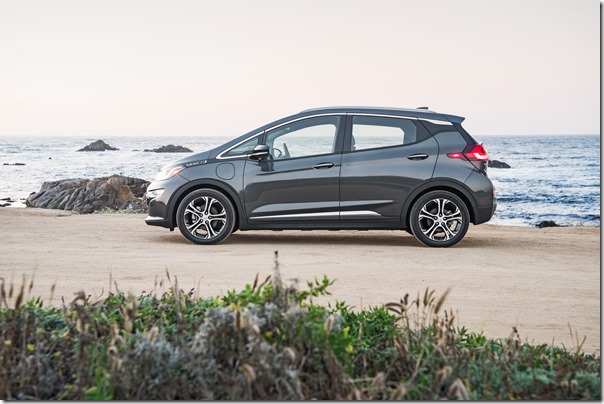 The Bolt EV (I keep putting that “EV” there because that is its official name, not because I want to remind you that it is an EV, but for the sake of simplicity, now that you know that that is its official name and we’ve established that it is an EV, we’ll drop that) has, thanks to its 60-kWh lithium-ion battery pack, 150-kW motor, and a whole lot of clever structural and software engineering, an “EPA-estimated” driving range of 238 miles, which is remarkable on the face of it because most generally available EVs haven’t even had half that.

According to the EPA the Bolt is categorized as a “small wagon.” Which doesn’t really say much. Think of it as a tall, small hatchback.

Let’s put this into context by comparing it with the Chevrolet Cruze hatchback.

From the exterior design POV, I find the Bolt somewhat underwhelming in that given it is one of the most extraordinary automobiles on the planet—and from a technological standpoint it absolutely is, given that the base LT model base MSRP is $37,495 and the Premier base MSRP is $41,780, so that’s amazing technology for the money—it sort of looks like an Equinox that’s been combined with a Volt. (Presumably, the Powers That Are at Chevy figured that they’d be better off with a design that didn’t signify “This is the future” rather than “This is what you’d expect to find in a Chevrolet showroom.”) 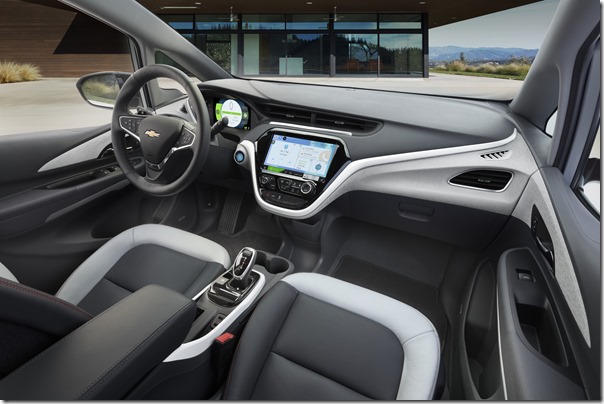 As for the driving experience it is, well, to use a severely non-technical word, “peppy.” One of the beauties of electric drivetrains is that you have the availability of full torque—which is 266 lb-ft for the Bolt—from a standing start. This is not to say that you’re going to dust a Hellcat in a Bolt, but that there isn’t the least bit of sluggishness associated with the car. It is highly maneuverable.

This is the part where we’ll discuss the existence.

Although there is that aforementioned “EPA estimated” 238 miles of range, I never saw 238 appear on the instrument cluster even after I fully charged the vehicle. This is not to say that I think that the number is wrong. But to say that there are a whole lot of factors that come into play when it comes to driving this or any EV, factors that exist in a car with an internal combustion engine but that you don’t notice.

That is, when you turn your air conditioner on in your car there is an energy draw that reduces your overall mileage whether you’re in a Cruise or a Bolt. But you’re not going to know that in the Cruze as you will in the Bolt. I started the Bolt with the HVAC system off, then tapped the screen to turn it on, and immediately the mileage range dropped by 8 miles. Which isn’t ordinarily a big deal, but it is when you know that it requires one hour plugged into a 120-volt outlet to get four miles of range.

What’s more, there is the infrastructure issue. 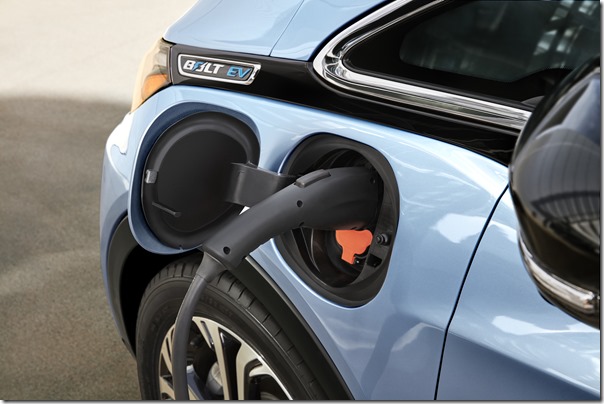 Most publicly available chargers that you’ll find are so-called “Level 2” chargers. These provide 240-volts. In the Plymouth, Michigan, vicinity where I had the Bolt, there were but a few available chargers: a couple on the campus of Schoolcraft College; a couple more in front of an office building; chargers at a Consumers Energy facility; and two chargers in the parking lot of a shopping mall.

Now to get a full charge for a Bolt with a Level 2 charger nine hours are required. Nine hours. So most people will undoubtedly charge before they need the whole battery recharged, just as most people fill up their gas tanks before they’re running on fumes.

That said, there are a heck of a lot more gas stations around than there are chargers, and those gas pumps let you get the job done in less than nine minutes. (What’s more, if you ran your car out of gas, you could walk to a gas station, fill up a container, walk back to your car, and swear you’ll never let that happen again; if you’re EV runs out of electricity, well, there’s always Lyft.)

The way I got the aforementioned full charge was to go to the shopping center to see Solo at the theater (2 hours, 15 minutes). But I discovered that one of the two chargers didn’t work. Had there been another car plugged in. . . .

And there’s the proverbial rub. The Bolt EV is an efficient car that is well built and provides the sort of amenities that people are interested in when they’re spending the kind of money that the Bolt costs even with the various tax credits factored in.

But it requires a rethinking of driving. Not so much the act of driving itself—although one can make use of the paddle on the rear left side of the steering wheel to apply brake regeneration such that there is energy pumped back into the batteries—but of being aware of where one is driving to in the context of the state of charge of the batteries.

(Incidentally, in the rare instance that there’s a DC fast charger, know that the Bolt can get some 90 miles of range in 30 minutes.) 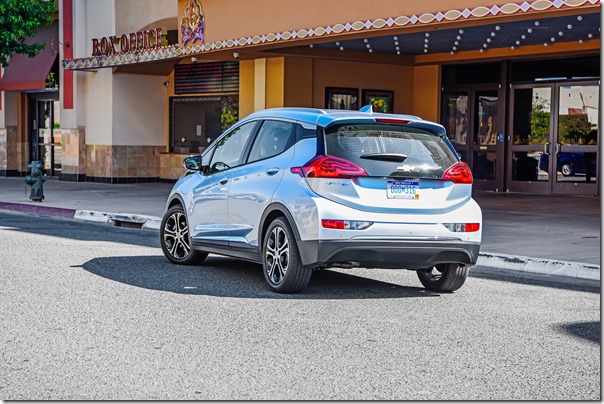