Eric Loeffler, chief program engineer for the 2018 Ford EcoSport, recalls driving home from work one day from the product development center in Brazil where work was underway on developing the vehicle that will be coming to the U.S. in 2018, having been launched in 2003 in South America and is now become available in 140 countries around the world. 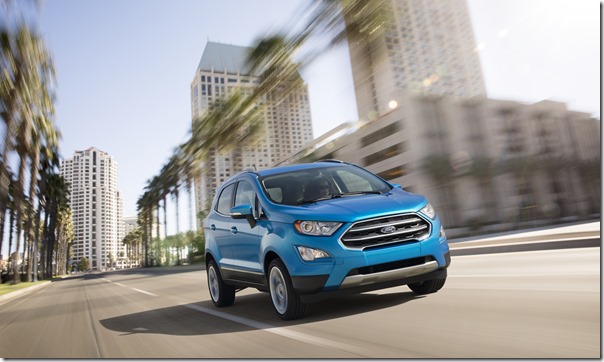 He says that he had a 13-km drive. And in that distance he drove past 13 small sedans, all of which were at the side of the road getting their tires changed, having hit potholes along their routes.

Want to know why the B-platform SUV was developed in Brazil? That’s a pretty good reason.

The EcoSport, Loeffler says, is about nine inches smaller in length than the Ford Escape.

It is powered by a 1.0-liter 3-cylinder turbocharged EcoBoost engine or a 2.0-liter four. Both are mated to six-speed transmissions. The EcoSport with the 2.0-liter is available with Ford’s intelligent 4WD, which is, Loeffler explains, a variant of the system that’s used on the Escape.

Loeffler has spent 28 years at Ford, mainly on SUVs. He’s been a chief engineer working on the vehicles for 16, during which time he’s been involved with the Navigator, Edge, and two generations of Escape. He says that pretty much across the board consumers of these vehicles are all looking for performance, capability, and technology. So those are the things that they focused on for the EcoSport.

The 2018 model is the third generation of the vehicle, with the second being done in 2013. 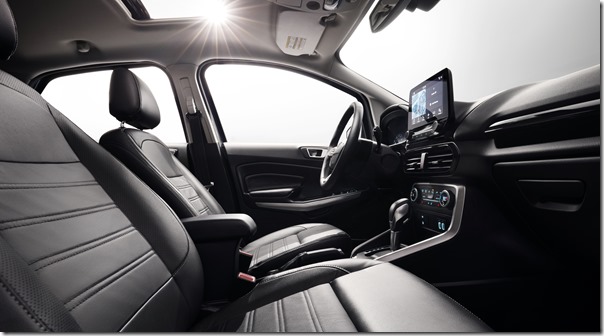 According to Chantel Lenard, executive director, Ford U.S. marketing, “More people are choosing to spend their time and money sharing experiences with friends and family instead of buying more stuff.”

So, she suggests, that whether it is a young person looking for something to maneuver around in the urban environment or the great outdoors, or an empty nester who is finding their full size SUV larger than what was once necessary, the compact size of the EcoSport meets the requirements.

The EcoSport will be entering a segment with a range of vehicles that includes the Buick Encore, Chevy Trax, Honda HR-V, and Mazda CX-3.