“As with the XF sedan, every line on the Sportbrake serves a clear purpose, creating a fast sweeping silhouette.”
#ZF #oem #Jaguar

“As with the XF sedan, every line on the Sportbrake serves a clear purpose, creating a fast sweeping silhouette. This gives the car a sense of speed and a very dynamic appearance. As a result, I think it looks just as sporty as the sedan, if not more so.”-- Jaguar Director of Design, Ian Callum

Ian Callum is arguably one of the most adept automotive designers on the planet. The transformation of Jaguar design over the past few years, in particular, has been nothing but extraordinary.

Yet I must admit that I am a bit puzzled by that last remark of Callum’s, the “sporty as the sedan, if not more so.” 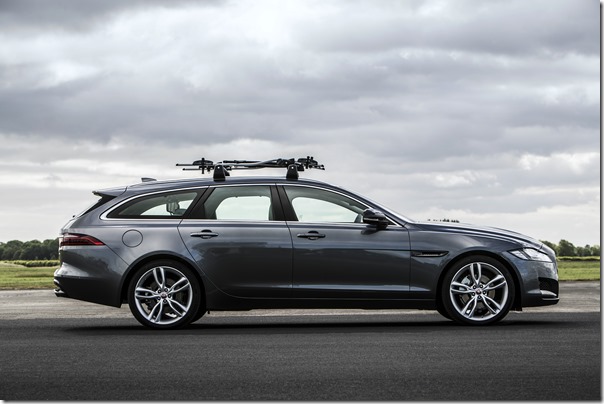 True, the sportiness of sedans isn’t as sporty as, say, a coupe.

But a Sportbrake sportier than a sedan? I mean, in American English sportbrake translates to station wagon. Somehow, the spoiler extending off the extended roof notwithstanding, I don’t see it. Let’s face it: in order to get the kind of interior real estate that one would expect in a wagon—pop the one-piece polymer tailgate (if you have the keyfob you can hokey-poky your foot under the sides and the hatch will open) and discover there is 31.7 cubic feet of cargo with the rear seats up (and a sufficient amount of space to put a golf bag back there); fold them down and get 69.7 cubic feet—there has to be a bit more slab sheet metal on the rear quarter.

When I mentioned to my friend Henry Payne that I was driving the XF Sportbrake he said with more than a bit of enthusiasm in his voice, “I love that car!” I note that not just because Henry is the auto critic for the Detroit News, but also because Henry races cars and the XF Sportbrake, while certainly capable of making the Costco run, is engineered for a more than a slight amount of, well, spirited driving.

That is, it has a 380-hp, supercharged V6 engine mated to a ZF eight-speed automatic. It has all-wheel drive. It—according to the Jaguar people—has a 0 to 60 mph time of 5.3 seconds.

Remember: this is a station wagon.

(The fact that it is an aluminum-intensive vehicle means that it is light, which means that that supercharged engine has less mass to move so it can move it with more alacrity.)

In the event that you (or Henry) gets on the accelerator, there is the Intelligent Driveline Dynamics system that comes into play: sensors predict rear wheel slip and automatically redistributes torque as required to keep from losing traction. 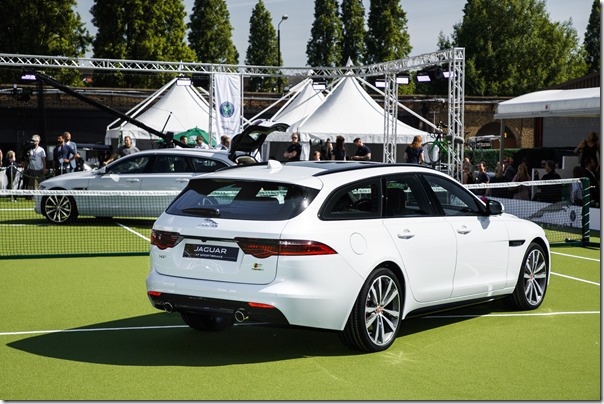 The technology in the case of the infotainment—the Jaguar InControl suite—is slightly behind the curve, especially vis-à-vis the German competitors, Audi in particular. Of course, this is an area where things are constantly changing, so the interface may be enhanced by now.

(One problem that I had is with the vehicle’s Traffic Sign Recognition system, which displays the speed limit on the road you’re traveling on—or at least it is supposed to. After driving on a 40 mph road and turning onto a 25-mph residential street, I had to travel at least a block before the graphic switched, for example.)

If you ask an automotive journalist what kind of car they’d like to have as a daily driver, generally station wagon is at or near the top of the list. (A manual transmission and a diesel engine are also characteristics that they seek.) My friend Henry’s enthusiastic remark regarding the Jaguar XF Sportbrake pretty much underlines that observation.