According to the U.S. Census Bureau, the median household income in the U.S. is $57,617.
#Lamborghini #HP #Apple

According to the U.S. Census Bureau, the median household income in the U.S. is $57,617. According to Kelley Blue Book, the estimated average transaction price for a light vehicle in the U.S. was $35,263. Which pretty much explains why 70-month car loans are the norm. Vehicles are, generally speaking, awfully expensive. 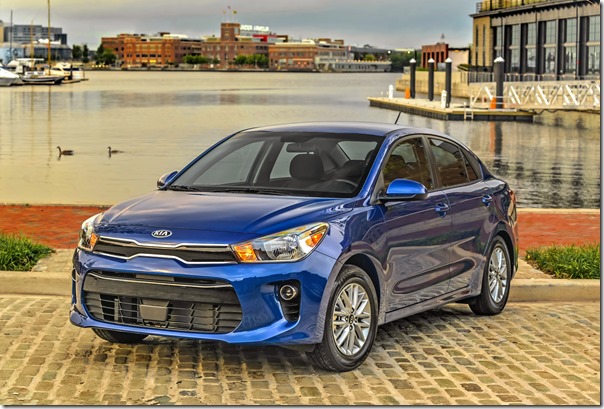 But what this is is a car that is a value play for those who are more interested in getting to where they need to be in reasonable comfort and with reasonable amenities. 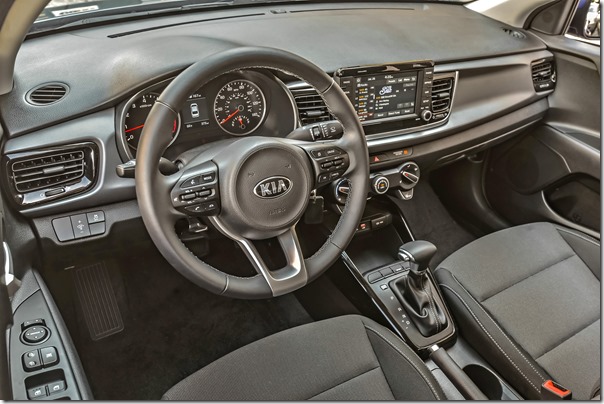 And the 1.6-liter four, which produces 130 hp and 119 lb-ft of torque, is not going to set any neighborhood land speed records, and its estimated fuel economy, with the six-speed automatic transmission, of 28/37/32 mpg (city/highway/combined), isn’t going to win any hypermiling contests. (And just so you know, that 32 combined number is close to what I achieved in mixed driving and when the temperatures in the morning were in the low 30s.)

They’ve provided this vehicle with a fully independent MacPherson strut front suspension and a torsion beam rear axle that improve the ride and handling, which are good, but they’re unlikely to ever encounter any high-g testing by commuters in the car. The use of high-strength steels in the structure help make this car solid without being ponderous (curb weight is 2,714 pounds).

Inside the vehicle the execution and materials are certainly fit to purpose: not incredibly sad nor absolutely amazing—just in a place where this is the sort of setup that one would like to have in a subcompact but too often doesn’t. Just because you’re getting a car that comes in at less than $20K doesn’t mean you want something that appears to have been put together with things out of a dollar store.

Indeed, on this EX model there is a 7-inch tablet-like screen that offers the UVO3 infotainment setup. What’s more, there are Android Auto and Apple CarPlay. And while not an interior feature, there is—and this is absolutely remarkable—Autonomous Emergency Braking standard on the EX, which I note in this area because the message that it was kicking in was displayed to me in the gauge cluster, which was quite surprising (the surprise wasn’t that the car in front of me was suddenly stopping for no apparent reason but that there was this feature on the Rio). 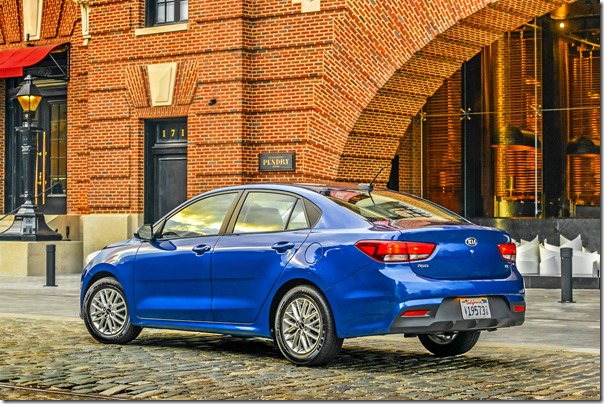 From a design standpoint, the Rio does have the now-signature Kia “tiger-nose” grille. And while there are creases in the bodyside sheet metal, as is the case with all cars that are small with four doors and a decklid, it does look a bit, well, vehicularly generic. (There is a five-door hatch variant of the Rio that looks much more stylish.)

Sure, we’d all like to buy Land Rovers or Lamborghinis or something, but we all don’t make the kind of money that even makes leasing conceivable. Or we’d like to get an Optima or a Sorento, but again, there is the non-trivial issue of what we can afford.

So if you’re sensible and realistic about your dollars, this might be the new car to get.