Sure, there are European and Asian cars in non-trivial numbers. But for the most part—and this is obviously something that is not necessarily based on data but on personal observation—there are Ford, GM and Chrysler—yes, most people in these parts still call FCA simply “Chrysler” and probably always will—in abundant numbers. 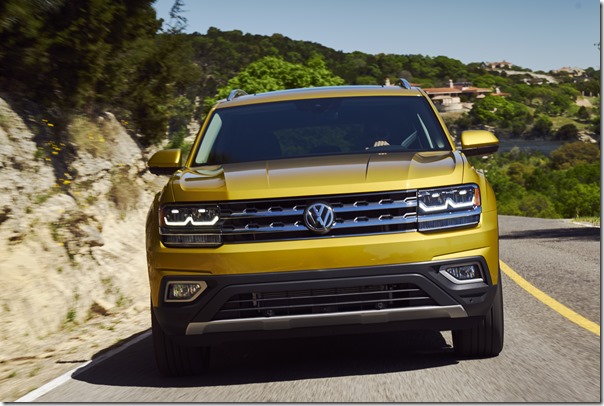 While driving the Volkswagen Atlas one thing that I noticed—yes, actually noticed—probably because I was driving a three-row SUV, was a tremendous number of Ford Explorers around these parts. To be sure, there are lots of Explorers (and other Ford models) around these parts because there are lots of employees of Ford—as well as family, friends, neighbors, suppliers, etc. And the Explorer is a good SUV, no question.

Ford seems so confident of its chops in the crossover/SUV space that it has announced that it will be essentially, with a couple of exceptions, foregoing the development of sedans, putting the primary focus on light trucks, including things like the Explorer.

While I imagine that the product wizards at Ford HQ have sliced, diced and riced all of the numbers, checked out all of the competitors, determined how Ford can be more than slightly competitive, I really wonder about something.

Once upon a time it was widely thought in Detroit that there need not be too much concern about vehicles from brands that weren’t produced by companies that weren’t headquartered in Detroit. (This is not some sort of urban myth. On a recent edition of “Autoline After Hours” Steve Miller, who is currently the president and CEO of automotive supplier IAC, said that back when he joined Ford in 1968, he and his colleagues didn’t run the numbers on companies that weren’t in the immediate vicinity. After all, there were so many Fords and Chevys and Chryslers out there, it didn’t seem relevant.

I wonder whether this might not be the case with Ford today because the Volkswagen Atlas, a seven-passenger SUV that is rolling out of a factory in Chattanooga, Tennessee, is really damned impressive. While Volkswagen had been down in the U.S. market, it has been gaining sales moment over the past several months. And when the flywheel really starts turning, chances are excellent that the company is going to be on a roll with products like the Atlas. 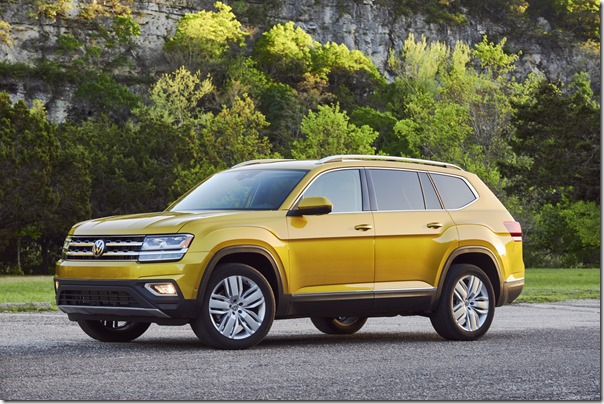 This is a big VW. It is 198.3 inches long, 78.3 inches wide and 70 inches high. It has the kind of footprint that is more commonly associated with something born and raised in southeastern Michigan. You can get a sunroof that measures 4.46 feet by 2.85 feet, which is about the floor plan of a tiny house. In has the interior space—153.7 cubic feet of room for the passengers—that almost seems like a house, and the furniture—as in the seats and the amenities are like something that is reminiscent of a family room. Sticking with this whole architectural metaphor for a moment (the Atlas is built with the Volkswagen MQB architecture, but that’s not particularly meaningful to most), one of the characteristics of the Atlas that I found myself most impressed with is the fact that it has the overall solidity—from the time you close the door with the satisfying “clunk” to driving over the roads in southeastern Michigan that are as cratered as southeastern Moon—that one would expect from a German vehicle (yes, I know it hails from Tennessee, but still. . .) and that one doesn’t find as often as one would think. But that said, this doesn’t move like a house, although it should be noted that for those who have a house trailer that weighs 5,000 pounds or less, the 3.6-liter, 276-horsepower V6 engine, mated to an eight-speed automatic transmission, has the wherewithal to tow it. Don’t get me wrong: the Atlas doesn’t move like a Golf R, but it is fully capable of moving the mass (it has a curb weight of 4,502 pounds) that contributes to the feeling of solidity. (This particular version has the 4Motion all-wheel drive system with Active Control; what is important to know is that when you’re just cruising along the Atlas operates like a front-drive vehicle, as the rear wheels are decoupled, thereby being more efficient, but when wheel slippage is still not much more than a hint, then the center diff hooks up that rear set of wheels and the appropriate torque is distributed.)

Volkswagen is building Atlases for people with a range of budgets. The offerings start with a 235-hp turbocharged front-wheel drive vehicle with an MSRP of $30,750. There is a V6 FWD model starting at $32,150. Then the V6 AWD version starts at $33,950 and tops out at $48,740. I’m guessing that this pricing is predicated on bringing people into the showrooms because there is an array of features for the money.

I’m not going to suggest that the Atlas is going triumph in the market over the Explorer. But I absolutely think that as people—even people in southeastern Michigan—become more familiar with the SUV it is going to take more than what is thought to be its market share (if it is thought of at all).