Acura has long been the brand that isn’t said in the same breath with the companies with which it competes—and it is “long” as in the brand was launched in March 1986, making it the first Japanese luxury brand in the U.S. market, beating out both Lexus and Infiniti. Through the years it has offered solid, innovative vehicles (remember, say, the Legend and the Integra, one at the top and the other accessible to more?), but it seems not to have gained the sort of traction that one might have expected of a brand that is backed by the considerable chops of Honda in vehicle engineering and production.

All that said, it may come as a surprise that Acura has been the dominant player in one segment of the market, as in being at the top of the sales charts for years running.

It is the compact luxury SUV segment, and it has been the Acura RDX that is the vehicle in question. The key competitors that it goes up against include the BMW X3, the Audi Q5, the Mercedes GLC, and the Volvo XC60, so its success is based on merits, not some a metaphorical cakewalk. 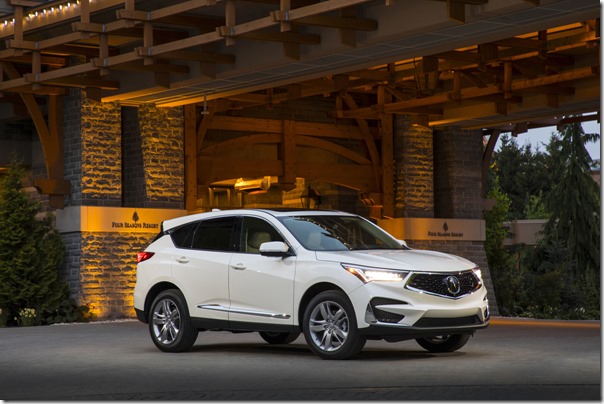 It recently launched its third generation RDX, with the vehicle getting to dealers on June 1. Know that since 2015 the RDX has been the only vehicle in its segment to sell more than 50,000 units per year.

So while the RDX has been doing well, the Acura team didn’t rest on its laurels. In fact, they set about not just to develop a new version of the RDX but actually produced a vehicle based on an all-new body and chassis architecture. This is no Honda CR-V with added amenities. It is a new vehicle, one designed in Los Angeles, engineered in Raymond, Ohio, and produced in East Liberty, Ohio.

As Jon Ikeda, vice president & general manager of Acura, put it, “As the first in a new generation, the 2019 RDX significantly ups the ante in terms of performance, design, materials and technology.” The objective, it seems, was overachievement. And they delivered.

In the luxury segment there are a couple of characteristics that are essential: a vehicle should be solid and silent. Both of those characteristics are actually based on one thing, which is having structural soundness. Among other things the RDX features something no one who owns one is ever really going to be consciously aware of, which is the world’s first two-piece, inner and outer, ultra-high-strength steel front door ring. It also has a double-ring rear frame structure. They’ve deployed structural adhesives to supplement the welds. Now while all of that certainly provides the solidity to the vehicle, it also helps attenuate unwanted noise because something that is not well put together is going to have all manner of inherent shakes that lead to rattles and whatnot. They’ve addressed that. 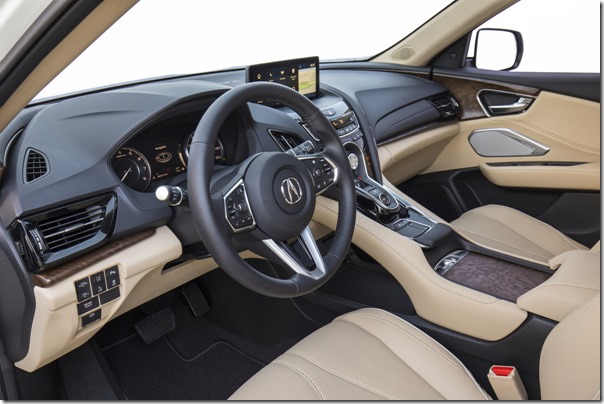 Acura has been positioning itself in the market as providing “Precision Crafted Performance.” “Performance” pretty much equates to “powertrain.” The RDX is equipped with a 2.0- liter turbocharged four-cylinder engine (mated to a 10-speed automatic). The vehicles with which it competes previously noted also have a 2.0-liter turbocharged four. But the RDX bests them, across the board.

Seems like they have that performance thing wrapped up.

As for the “crafted” part, that pretty much goes to the cabin, which includes things like stitched leather and actual aluminum and wood. The front seats are designed with the vehicle being driven perhaps somewhat more aggressively than might be the norm when making a Target run (there is 76.9 cubic feet of cargo space, incidentally), yet they are quite comfortable. 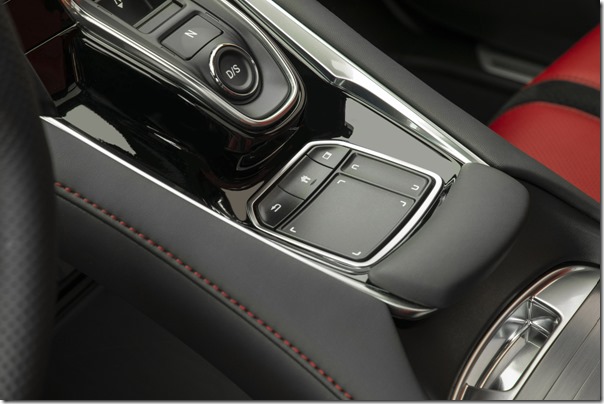 One thing that Acura personnel are big on which isn’t something I’m necessarily sold on is the “Acura True Touchpad Interface,” which features a touchpad on the center console that is used to control things on a 10.2-inch screen, such as navigation and audio selection. According to Acura, “Absolute positioning departs from traditional touchpad interfaces, using one-to-one mapping to deliver a more intuitive and driver-oriented user experience.” Yes, it departs, but I’m not 100% sure than that’s an unalloyed improvement.

But all in, the 2019 Acura RDX is a rather impressive execution, and while one might be inclined to use the phrase “third time’s a charm,” the first and second generations were, too, but this third-gen RDX is all the more charming.

And it seems as though the market is in agreement. In mid-November Acura numbers crunchers determined that in the five months that the 2019 RDX has been on the market there were sales records set each month. What’s more, the year-to-date sales for the RDX (admittedly, containing some 2018 models) hit 56,742 units, and there were still four weeks left in the year.

By the way: Here’s something that probably make Ikeda and his colleagues immensely happy: since 2013 the RDX has been the cumulative class leader in sales to luxury customers under age 35. Which means that they’re appealing to a cadre of people who have plenty more vehicles in their future. 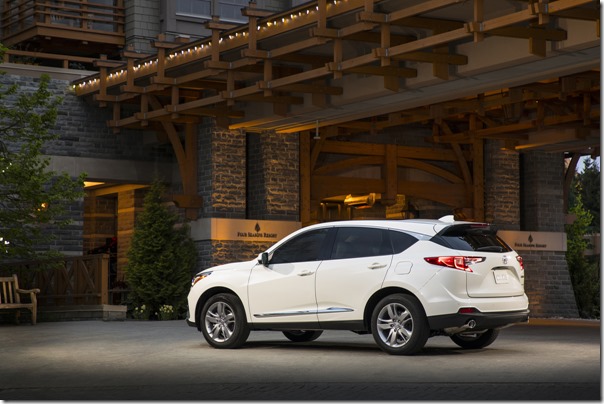