The Detroit Free Press is a morning newspaper. Which is important to know in the context of a full-page ad, the back page of the sports section, that appeared in yesterday’s paper.

Yes, hours before the game even started, the folks at GMC made something of a strange temporal prediction, a fait accompli before the first snap.

They were right about how the game turned out.

But there are also the lines below that statement:

The ad isn’t about football.

Rather, it is about “The World’s First Six-Function MultiPro Tailgate” that is on the GMC Sierra. Make that the “Next Generation Sierra.” 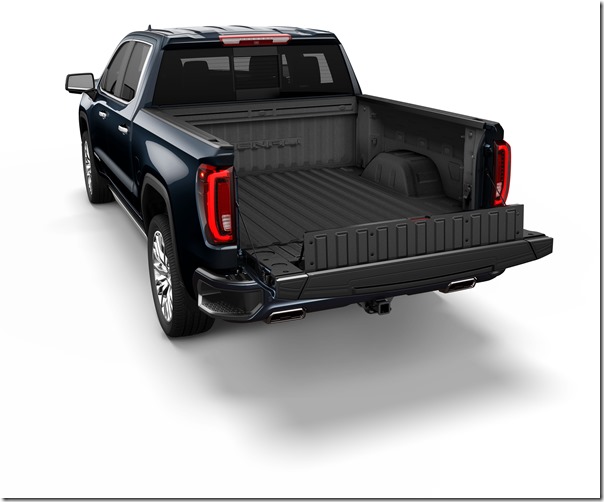 This is a rather impressive execution of folding and hinges. That tailgate doesn’t just go from vertical to horizontal. There is that, but then there are various articulations so that there is not only an easier access vis-à-vis climbing into the box, but also things like a worksurface on the inner gate (which folds out of the primary gate).

The point is, the Sierra has taken something that has essentially been a slab for many years and turned it into something of a “Transformer.”

Which pays off the brand’s tagline: “We Are Professional Grade.”

Meaning that if you have work to do, the Sierra is a tool that you can use to get it done.

But there is one thing that I find to be rather discombobulating about the Sierra 1500 Crew Cab SLT.

It has an interior that is as nice as any mainstream sedan that you may have been in of late.

It reminds me of the furniture in an aunt’s living room when I was a child. Despite the fact that there was all manner of comfortable furniture in there, my brother and I were cautioned from going in there, and even if we did, the couch, recliners, etc. were wrapped in plastic. My aunt, of course, wanted to keep the very nice room from getting dirty.

And the inside of the Sierra is so nice, I wondered about whether wearing work boots and a grease-stained Carhartt would be acceptable in the vehicle. At least that trim grade. (I can’t even imagine a Denali version of the truck.)

Don’t get me wrong. The truck has the goods to get the job done. Whether it is the bigger-capacity box in the back (63-cubic feet for the 5’8” box) or the roll-formed, high-strength steel bed floor that’s said to be 50 percent stronger than the one used in the previous-generation truck. 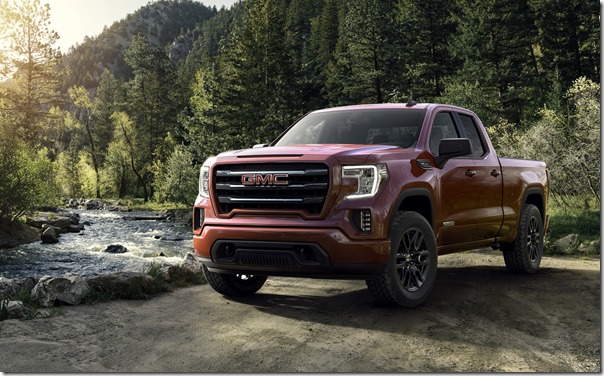 The vehicle as-driven had a Traction Select system that allows the 4WD system to work in optimized harmony with the 10-speed automatic transmission and the 420-hp, 460—lb-ft of torque 6.2-liter V8 with Dynamic Fuel Management (this provides 17 different cylinder deactivation combinations so that the performance is tailored based on demand). I happened to be driving the Sierra during the first significant snow storm in Detroit and although sometimes a pickup without a load in the back seems somewhat skittish even under dry conditions, the suspension setup of the Sierra is so good that even dashing through the snow was done with confidence.

The Rams did lose.

And in terms of its clear attention to detail, inside and out, the Sierra 1500 is a winner.