If you write something with a program like Word you have the opportunity of having it check your document for spelling errors and allow you to fix them if they really are erroneous (it always wants to change CAFE into something that has to do with dining rather than fuel efficiency metrics, so be careful), as well as provide you with advice vis-à-vis your grammar. One of the things that it can recommend is a way to be more concise (which, obviously, I always ignore). 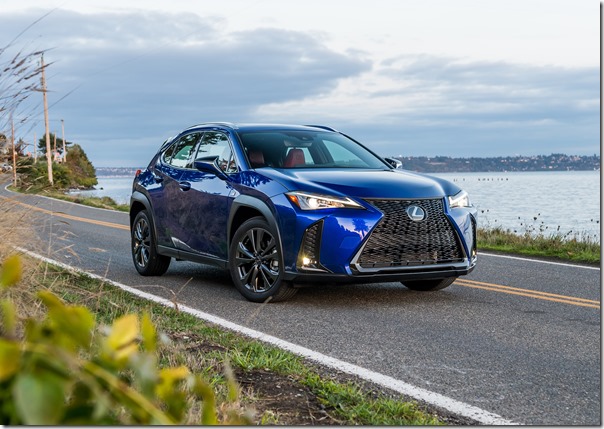 Lexus has a tendency to use Japanese nomenclature for various aspects of its vehicles. For example, for the UX there were takumi clay modelers involved in developing the exterior surfaces: the adjective (in the English use here) refers to artisan. And they refer to the engawa effect, which has to do with seamless continuity between the exterior and the interior, as though there is a flow created. I would add another, samurai, as in the sword, because the UX, like its bigger brethren, has remarkably sharp sheet metal, with the die work performed with precision.

This is something that is polarizing, especially as regards the grille, which the UX has, although not simply cloned but designed for its overall aesthetic. The polarization is positive, because the last thing that any OEM needs in this hyper-intense market are products that leave the prospective customer numb.

Arguably, the UX is the entry to the Lexus lineup, being the most diminutive among the crossover offerings (How small? It has an overall length of 177 in., a width of 72.4 in., and a height, including the shark-fin antenna of 60.6 in. The wheelbase is 103.9 in.) And sometimes, OEMs have their entry models somewhat more thrifted on the inside because—what the heck?—it is the entry model. 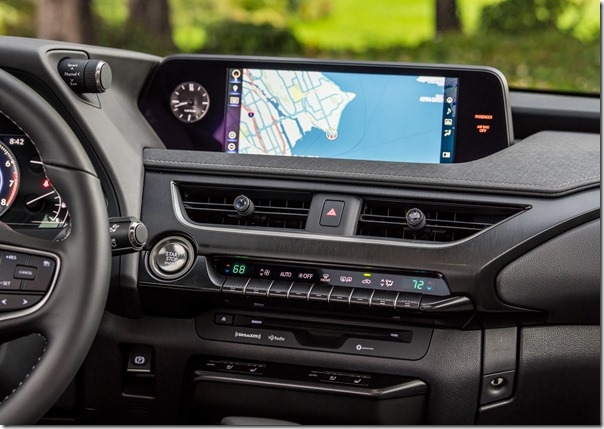 But here that’s not the case. Consider this: the leather-trimmed steering wheel doesn’t come, say, from the Toyota RAV4, but from the Lexus LS, the top-of-the-line. The analog clock also derives from that source. And yes, yes, there is a large TFT LCD display for your infotainment pleasure, and a touch pad interface on the center console (again, something controversial, but something that I’ve found reasonably easy to work with). The F SPORT trim as driven here adds nicely bolstered seats for the driver and front passenger. Honestly, though, the seats are more ergonomic than something to contain excessive exuberance as the paddle shifters on the steering wheel notwithstanding (there is a continuously variable transmission—called a Direct-Shift Continuously Variable Transmission—that is somehow considered to be something of a 10-speed), there is a 2.0-liter inline four that produces 169 hp and 151 lb-ft of torque, so we’re not talking Nürburgring here.

One more thing, and perhaps one of the most important things. The starting price for a UX 200 is $32,000 and to get the F SPORT trim package (yes, there is some suspension tuning specific to this model, but arguably the primary changes are more cosmetic, as in a different grille mesh, unique front fascia with LED fog lamps, etc.) it is but $2,000 more.

The UX just may become more than a few people’s first-ever Lexus. 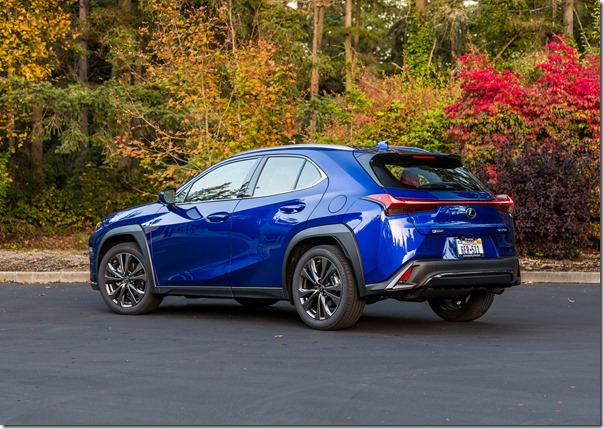 (Here’s something worth knowing—assuming you live in California, Florida, Illinois, Indiana, Massachusetts, New Hampshire, or Rhode Island: Lexus, recognizing that people—undoubtedly those of a younger generation who are mystified by the ordinary approach of dealership transactions that often involves the art of the deal—Lexus is offering a simpler approach to vehicle access for the UX: the “Lexus Complete Lease,” which wraps into a single payment not only the lease charge, but also all scheduled vehicle maintenance, vehicle insurance, and connected vehicle services for the period of the 20,000-mile, two-year lease. As Lisa Materazzo, vice president, Lexus marketing, puts it “By appealing to those looking to simplify their monthly commitment, the Lexus Complete Lease program makes the process more streamlined for our guests.” And who haggles with a guest?)