The week I am driving a Mazda CX-5, a Signature AWD version, Mazda North American Operations announced its first quarter sales. And while I look at the number, I really don’t understand them.
#oem #Nissan #Mazda

The week I am driving a Mazda CX-5, a Signature AWD version, Mazda North American Operations announced its first quarter sales. And while I look at the number, I really don’t understand them. 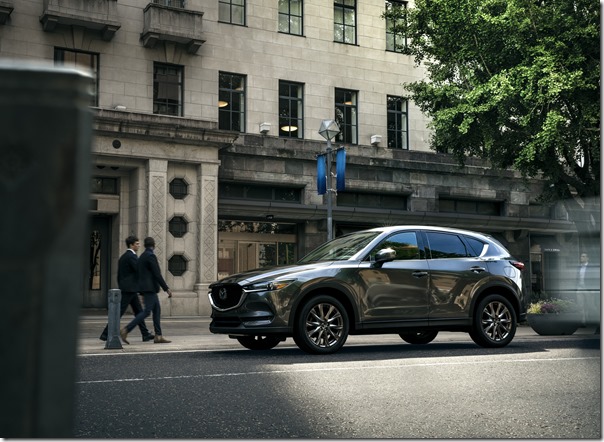 Which doesn’t make any sense because compact crossovers are all the rage, and the CX-5 is a really good compact crossover. (If there is any solace for the people at MNAO for that number it could be that the sibling products—the diminutive CX-3 and the larger CX-9—are down by greater percentages, with the CX-3 being down for the period by an immense 25 percent and the CX-9 off by 16.5 percent.)

I’d long thought that Mazda’s real problem in the U.S. market compared with almost any of its competitors is the dearth of dealers. (I can think of one in the Detroit Metro, although Google shows me that there are two more. Still. . . .) But, obviously, there are people who know where the dealers are. Just not enough of them, perhaps. The good news, such as it is, as regards the sales of the CX-5 is that it accounts for nearly 53 percent of the total Mazda vehicles sold in Q1 (70,833).

The best part about the CX-5 is the design, particularly in front, where there is an expressive front fascia with a large grille flanked by LED headlights. The vehicle looks like what some companies would roll out with at an auto show as a near-production concept but then when the real-production version emerges, it looks only vaguely familiar. 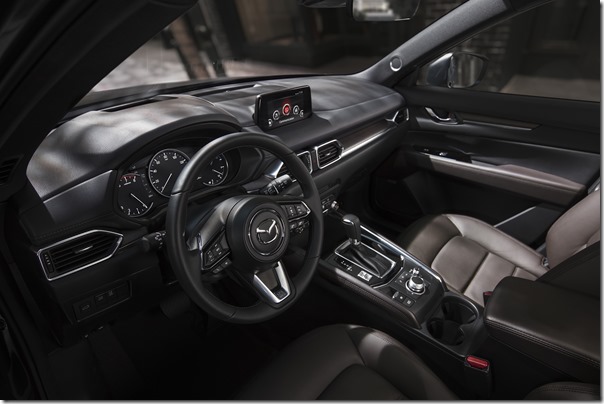 The inside of the car—now admittedly, the Signature version is the Ritz of the lineup, so that has to be kept in mind, as does the MSRP of $36,890 (before delivery and options—is very high quality, with something called Caturra Brown Nappa leather seating surfaces and bona-fide wood trim that isn’t covered with so much lacquer that it could be a film underneath that layer. The metal trim seems like, and possibly may be, metal. The is a 7-inch color LCD information display. Yes, Apple CarPlay and Android Auto. An interesting touch on the inside is that there is LED lighting for the vanity mirror, which is really better than what is ordinarily found in mainstream vehicles.

The CX-5 has a 2.5-liter turbocharged engine that produces 250 hp (if you use premium gas) or 227 hp (on regular); it provides 310 lb-ft of torque. It has a six-speed automatic. The crossover is stickered at 22 mpg city, 27 mpg highway and 24 mpg combined; one thing that disappointed me was that I got only 23 mpg with combined driving, but given that the Ford Escape with a 245-hp 2.0-liter engine and 4WD is stickered at 20/27/23 mpg, perhaps that is understandable. 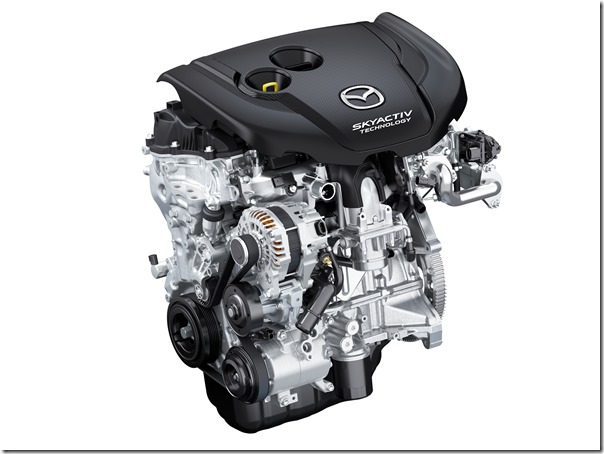 As it is a “utility” vehicle, the most utile characteristic is the cargo space. Behind the second row there are 30.9 cubic feet for stuff; with the second row folded that capacity is nearly doubled, to 59.6 cubic feet.

If you’re looking for a compact crossover, you should check the CX-5. Assuming you can find a dealer. 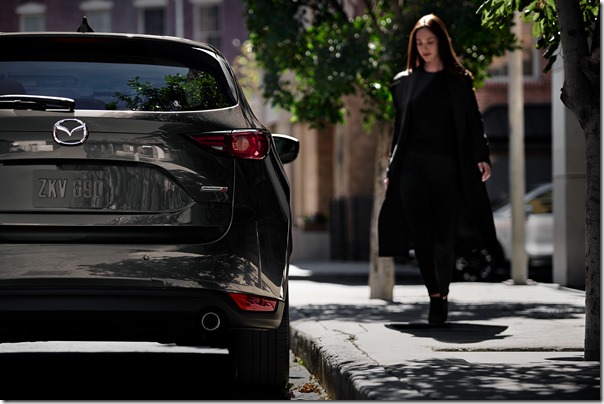