As Mazda pivots to “premium,” it is doing more than just talking about it, as the new Mazda3 proves.
#Bose #Mazda #engineer

Before I knew there was such a thing as the “Premium” package for the all-new Mazda3 I was told by a person from Mazda that the brand, which has long been associated with racing (who do you know who doesn’t think “Zoom-Zoom” when the word Mazda is uttered?), is repositioning itself as “premium.” He meant the whole thing, not just a trim level.

And I must confess that I had to restrain an eye roll. Doesn’t every OEM want to have vehicles that are perceived in the market as being something that punches beyond their class? 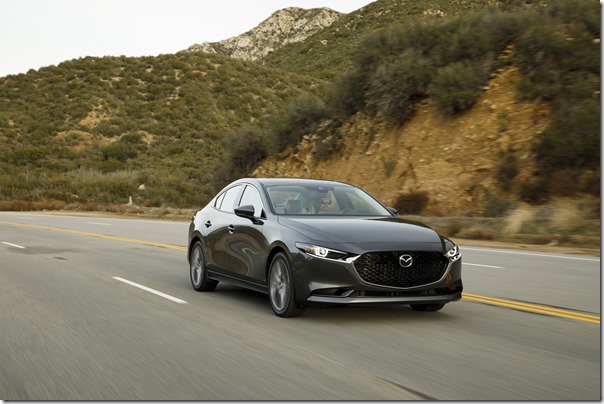 Acknowledging the cheesy play on words here, the Mazda3 Sedan is really a knockout. From the exterior with a highly styled and sophisticated front and body sides with sheet metal that’s runway model taut to an interior that not that long ago would have been the sort of thing that one would expect in a luxury car—not merely premium—the Mazda designers and engineers have created a vehicle that is a couple classes above where one might slot it.

This is important: The Mazda3, categorized by the Insurance Institute for Highway Safety (IIHS) as a “small car,” tested out as a “Top Safety Pick,” achieving “Good” ratings in both the small overlap front and passenger side, moderate overlap front, side, roof strength, and head restraints and seats assessments. Which, if you’re going to put your family and friends in the car—to say nothing of yourself—is good.

What It Is. It is a sedan. Yes, the type of vehicle that seems to be falling out of favor. (Mazda has a CX-9, CX-5 and, more germane for someone looking for the compact approach, the CX-3 to take care of those in the crossover market.) But seriously: for those who are looking for something with four doors, this is worth taking a look at or better yet, sitting in and taking a ride.

The Sitting In. The driver’s seat is both supportive and comfortable (there is sometimes one without the other). And the Premium package means you’re sitting on leather. 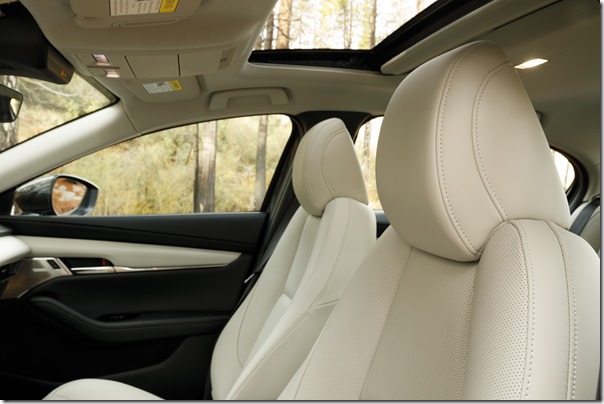 According to Mazda, “Mazda designers built the seat and driving position to put the body in the most natural S-shaped curve of the spine to react to the movements of the car.” I don’t know about you, but I’ve never really thought about the S-shaped curve of my spine, but it goes to the point of how the engineers took into account what people do when they’re in a vehicle.

Another thing that you’ll find when sitting in the Mazda3 is that there are touches that go beyond the norm, such as a nicely knurled knob in the center console position that allows you to control infotainment selections, and, as part of the Premium package, a heads-up display that uses the windshield, not an index card-sized piece of plastic that hinges up from the top of the IP (yes, that’s a thing). There is also a Bose audio system, which is certainly something that one would expect in a premium vehicle. 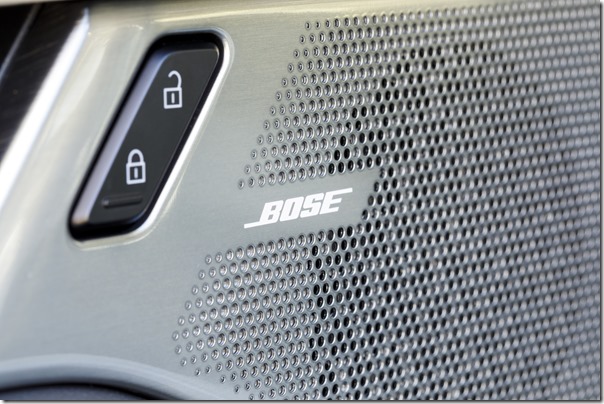 Taking a Ride. Now for that part of things, there are a couple of things to know about the performance of the vehicle.

Under the hood there is an all-aluminum 2.5-liter four that produces 186 hp @ 6,000 rpm and 186 lb-ft of torque at 4,000 rpm. Mazda designates this as a “Skyactiv-G” engine. What this means, in part, is that the intake ports, pistons, split fuel-injection system, and coolant control valve are all orchestrated so as to prove performance and fuel economy (with the cylinder deactivation function, which shuts the engine off such as when stopped at a light, which is part of the Premium package, the estimated fuel efficiency numbers are 27/36/30 mpg city/highway/combined).

Then there is something called G-Vectoring Control Plus. Which, unless you’re in some sort of emergency situation where you have to suddenly adjust where you’re going, simply means that the car maneuvers quite well, it goes where you point it.

The Actual Bottom Line. The MSRP for the sedan with the Premium package is $27,695. Which is rather remarkable. There is a lot of content in this car—tangible and not (seriously: you’re probably not going to know about the G-Vectoring Control Plus when you’re going to the grocery store on a nice day)—which makes that sticker price something more than competitive. 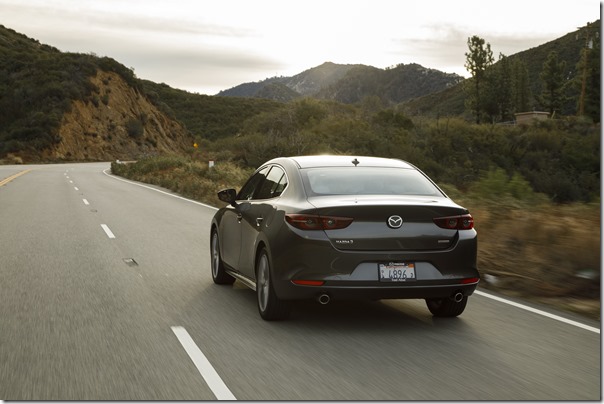