The sales performance of Subaru of America is absolutely astonishing by any measure. Realize that when it announced its March 2019 sales, it marked the 88th month of yearly month-over-month growth. That’s more than seven years. That means 2012. Back then, Madonna played the halftime show at Super Bowl XLVI. What’s more, Subaru sold more than 10,000 Outbacks for 61 months running, and more than 10,000 Foresters for 68 months in a row. And it was the 61st consecutive month that it sold more than 40,000 vehicles. Although Subaru is something of a niche player in contrast to the OEMs that churn out light-duty pickups in an endless stream, there is something to be said for being in a niche with such remarkable performance. 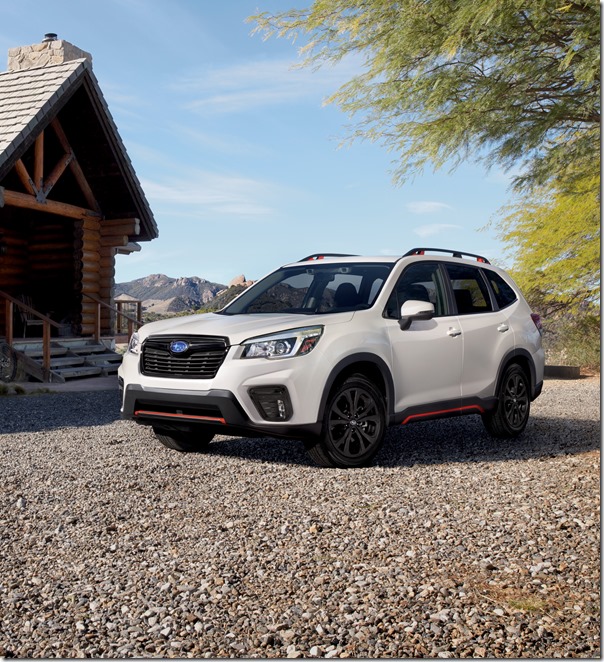 So what’s behind this success?

I’d argue that Subaru, unlike some other OEMs, recognizes that people want good, solid, dependable vehicles that offer them substance rather than flash. This is not to say that it has boring styling, but it seems that more attention is paid by the designers and engineers to function rather than form, which is an absolutely good thing, and arguably those market metrics underline that fact. 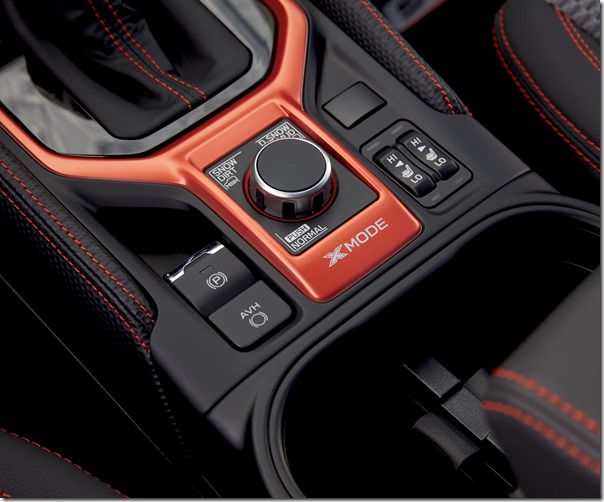 The 2019 Forester is all new, the fifth generation of the crossover. The one driven here is the Sport trim, a new trim level for 2019, which gives the vehicle, design-wise, a grille with a gloss-black frame, 18-inch wheels that are also black, and black underguards and roof-rail mounts that are highlighted with orange accents. This isn’t a vehicle that takes black to the point of morbidity. The dark/orange theme carries inside the Forester, with orange stitching on dark material, as well as flashes of orange in places such as in the center console. The textured cloth material inside the vehicle has a pattern that is outstanding, as it resembles a carbon fiber weave without looking at all like a cheesy attempt at carbon fiber, which seems to be an approach taken by all-too-many vehicles of late.

But the striking thing about the Forester design, one that a 21-year-old niece brought to my attention when she hadn’t been in the car for more than a minute, is that the side windows are, comparatively speaking, massive. Again, while there is an increasing number of crossovers with high beltlines which may provide some exterior style but limited visibility from the inside out, the Forester designers undoubtedly figured that having good sightlines is key to safe driving, something that other OEMs seem to overlook. 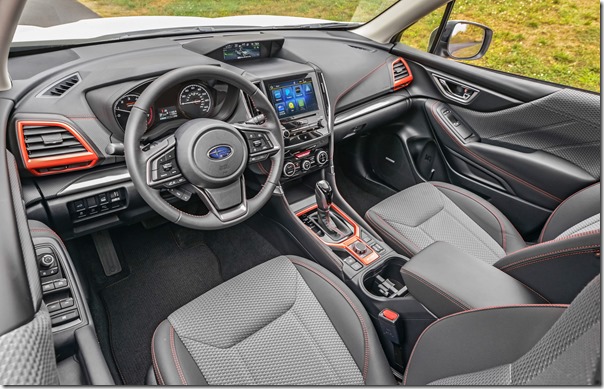 In terms of power, the vehicle is powered by a 2.5-liter four that produces 182 hp and 176 lb-ft of torque; it is mated to a continuously variable transmission. There is a driver-selectable function called “SI-DRIVE” that allows the adjustment of powertrain performance, whether one wants economy or performance. And yes, there is the beauty of the Subaru symmetrical all-wheel drive baked in. The EPA-estimated fuel efficiency is 26/33/29 mpg, city/highway/combined.

There is also X-Mode which can be brought into play when the conditions are particularly challenging, as it controls the engine, transmission, AWD clutch force, brakes, and vehicle dynamic control, as required.

As this is a sport utility vehicle, the issue of utility is primarily that of available space: there’s 107.8 cubic feet for the five passengers and 33.0 cubic feet behind the second row (70.9 cubic feet if it is folded).

There is no reason to think that with this model that Subaru isn’t going to continue racking up sales records. 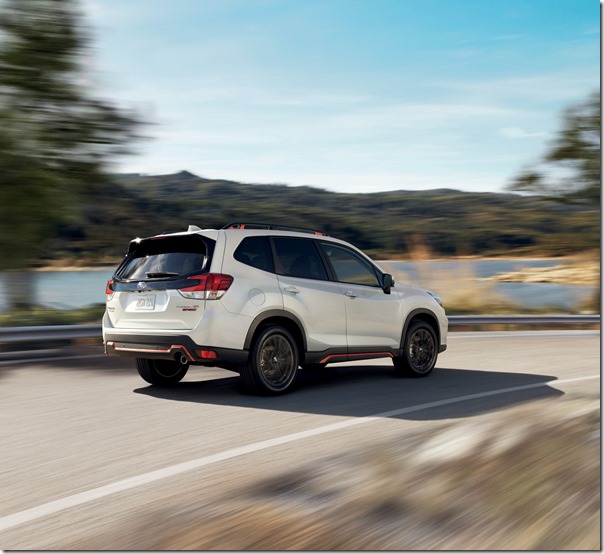