Ordinarily where writing about the experiences with a car in this space, it generally goes to the various and sundry characterizes of the vehicle, ranging from the powertrain performance to the comfort of the seats, with a generous dash of specs added. But for the 2019 Toyota Avalon, the first generation of the vehicle, it is different. Because this is, yes, a Toyota, which means there are those characteristics like quality, durability, reliability, and value (the car has a starting MSRP of $35,500 and the top-of-the-line Hybrid Limited starts at $42,800, so that’s the definition of value), but what’s extraordinary is the design of this car, which was executed by the Calty studio in Ann Arbor, Michigan (and while on the tour of places, know that it was engineered at the Toyota Motor North America Research and Development facility in Saline, Michigan, and it is manufactured at Toyota Motor Manufacturing, Kentucky, in Georgetown). The thing is, it is gorgeous. It is long. It is low. It is wide. It has lines on its aluminum hood. It has deep character lines running along its body side. It has LED taillamps that create something of a spoiler. It is a study in stamping and assembly. You’ve got to wonder how they were able to get the draws and sculpted shapes in sheet metal, recognizing that this is not a limited-edition vehicle, but something that’s running on that line in Georgetown. 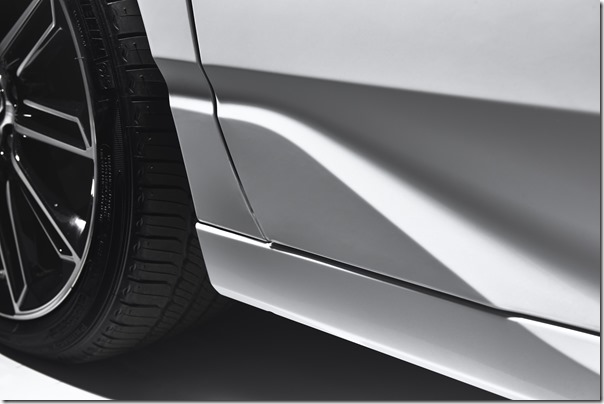 Here we are in a period when people are generally truing away from sedans, going for crossovers instead. In the case of the Avalon, for example, there have been 24,429 of them sold between January and August, which is an improvement of a respectable 8.7 percent from the same period in 2017. Yet Toyota has sold 158,713 Highlanders during the first eight months, which is a 15.1 percent gain over 2017. This is not to say that there are probably a whole lot of people cross-shopping a sedan and a sport ute, but to provide an example of the fact that by launching a fifth-generation Avalon this year, by creating something with such seductive presence (seriously: can people continue to roll out that long-dull saw: “Toyota builds appliances” any longer?), it is still committed to addressing the whole vehicle market when it would be easy to give up on cars. And while I am admittedly taken with—or maybe overtaken with—the exterior design of the Avalon, this isn’t one of those cases where the interior becomes something of a disappointment, because the shapes and forms that are characteristic of the exterior are echoed in the inside, especially the way that the air vent on the front passenger’s side is blended into the instrument panel in a way that is unlike anything I’ve ever seen before, and which goes to underscore that there was a whole lot of consideration taken in the development of this vehicle. Inside it is comfortable. It is roomy. (And yes, there is Apple CarPlay.) 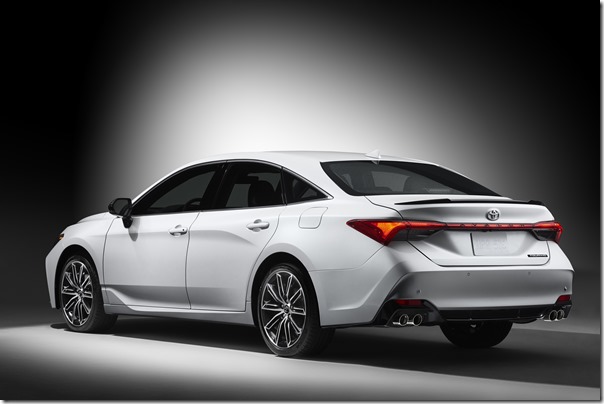 Yes, the decline in car sales is a real thing that seems not to be ending anytime soon. But for those who are still looking for something that isn’t all about having a high-H point (and here’s a rather amusing statistic: the cargo capacity of the Avalon is 16.09 cubic feet and that of a Highlander with its third row in position is 13.8 cubic feet, so let’s not underestimate the “utility” of the Avalon), something with serious style. . .Avalon.