One of the objectives of the development team for the forthcoming 2020 Ford Explorer is to provide a quiet cabin. According to Parker Lewis, Ford noise, vibration and harshness engineering manager, there are three things that they have to address in terms of dealing with this: (1) wind noise; (2) road noise; (3) propulsion noise. 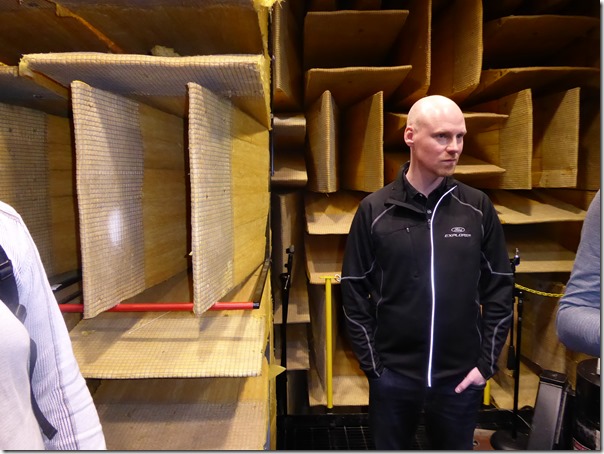 For the road noise, they are using both underbody shields and are lining the wheel wheels with a fibrous polymer material, which, Lewis says, is better for dealing with sound than a smooth plastic shield. (The wheel-well liners feel like AstroTurf that is cut extremely short.)

Then, for the propulsion noise, the counter measures include active noise control for the Explorer Limited Hybrid, which deploys three microphones embedded in the head liner; it measures the noise coming into the cabin, then plays opposing sound waves through the speakers so that the unwanted sound waves are canceled. Lewis says it is like two waves on a body of water that come together and flatten one another out.

Then another way to reduce noise from under the hood is the use of what they’re referring to as a “dual-wall dashboard.” 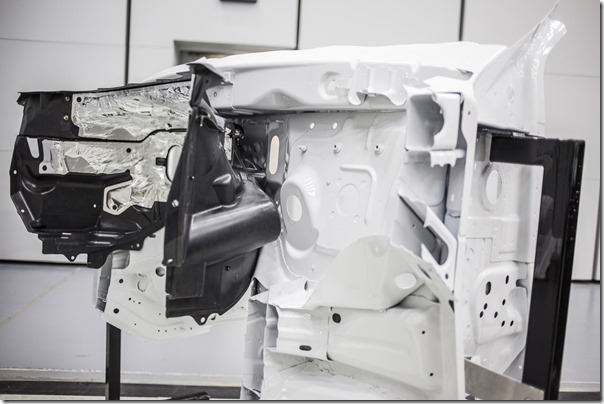 Dual-dash setup to reduce powertrain noise in the cabin

An analogy that Lewis uses is a Yeti mug. There are two separate layers with an air gap. In the case of the mug, it maintains internal temperature because the ambient environment doesn’t intrude to the inside of the container.

In the case of the Explorer, the portion of the engine that is closest to the bulkhead (a.k.a., “firewall,” which is a term that auto makers don’t like to use for obvious reasons) is loosely encased in a formed sheet molding compound (50 percent glass) sheath that is attached to the bulkhead with fasteners. There are air gaps of various sizes between the plastic and the metal. This helps attenuate the sound coming from the engine.

According to Lewis, the 2020 Explorer is 8 sones quieter than the outgoing model.