Really good gets even better. Imagine that.
#HP #reviews #Honda

The 2020 CR-V is part of the gen-five of what is now arguably a “venerable” compact crossover, not only because of the vehicle’s heritage (the first CR-V was launched in 1997) but because in the CR-V has a rather large footprint in the U.S. market.

Consider that in 2019 Honda sold 267,567 Accords and 325,650 Civics. Any mainstream manufacturer would be immensely desirous of having just one of those two numbers on its books. 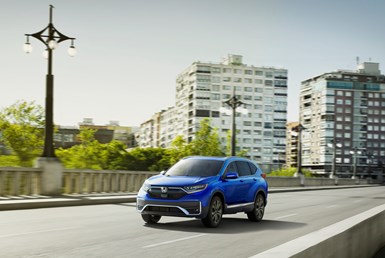 And yes, the CR-V earns those numbers because it is well executed and consumers obviously understand that.

For the 2020 model year the CR-V gets some upgrades. Across the line there are a new front bumper, grille and headlamp designs, as well as modifications to the rear, as in dark-tinted taillight lenses, a dark chrome tailgate garnish, and even-darker-than-before rear glass (obviously, “dark” is the new “thing”). Inside the changes are more minimal, with the primary element being a redesigned center console that is said to be “easier to use,” although it isn’t like the one in the 2019 model that could be described as being measurably “less easy to use.”

The transmission is continuously variable transmission (CVT) that uses something called “Honda G-Shift logic control.” Although Honda describes the CVT to be “sporty,” if you’ve been familiar with driving a “regular” automatic (a step-gear transmission) you might find the CVT to be a bit less responsive; its logic and your foot on the accelerator may have a difference of opinion.

Speaking of things that now all CR-Vs have, the Honda Sensing suite of advanced safety and driver-assistive technologies is standard, with all trims coming with collision mitigation braking system with forward collision warning and pedestrian sensing, road departure mitigation with lane departure warning, adaptive cruise control with lone-speed follow, and lane-keeping assist. 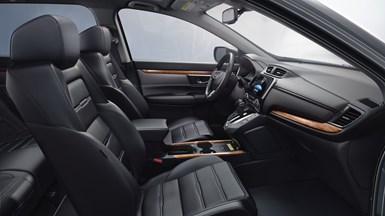 Compact outside. Comfortable inside. 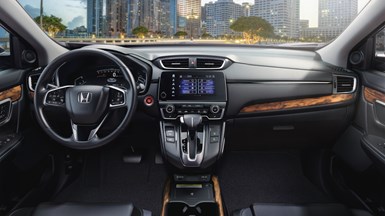 It is clear that the designers and engineers at Honda have recognized that the CR-V is a vitally important part of the company’s lineup and that it is now in a market where there is a tremendous number of very, very good competitive vehicles that it is up against.

And they have delivered. The Accord and the Civic have long been what Honda’s name has been associated with. Clearly, the CR-V makes that a triumvirate of seriously well-done vehicles.