Looks good. Drives well. Priced right. Now all you have to do is find a Mazda dealer to get a Mazda6.
#Ford #Honda #Hyundai

When one thinks of a “midsize sedan,” images of a Ford Fusion or a Chevy Malibu, a Honda Accord or a Toyota Camry undoubtedly spring to mind. Which is completely understandable, if insufficient because there are several others out there, such as the Volkswagen Passat and the Hyundai Sonata, the Nissan Altima and the Kia Optima. 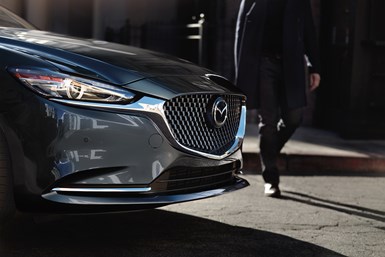 Striking looks all the way through. (Images: Mazda)

But one car that is really ought to be a standout is the Mazda6.

This “ought to be” is, I’d argue, more of a function of marketing than the thing-in-itself.

Which is utterly inexplicable in light of the fact that OEMs did sell sedans in 2019. That ~21K figure for a car that looks as good as the Mazda6 and provides a suite of safety functions and other amenities for a competitive price is simply bizarre.

This I can only put down to the fact that either people are unfamiliar with the car—which is unlikely because who doesn’t do an internet search nowadays before starting the shopping experience—or, what I think is the case, they simply don’t know where to get one. 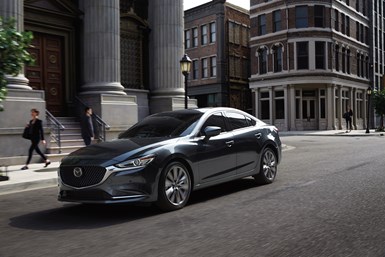 I did a Google search for “Mazda dealers near me.” In southeastern Michigan, there are five.

I did a Google search for “Ford dealers around me.”  In addition to one that I could literally walk to from my office in Plymouth, the map was dotted with a number of red arrow dots. And furthermore, most of those Ford dealerships are of a scale that the Mazda dealerships can only aspire to. While it could be argued that given I’m in southeastern Michigan, home of Ford and GM, it isn’t a fair place to consider Mazdas, know that when there was a Mazda plant it was in Flat Rock, Michigan, which is in the southeastern part of the state.

Anyway. . . I have long had nothing but admiration for the exterior designs of Mazdas right across the board. And as the Mazda6 is the flagship sedan, it has particularly high presence with lines that are both expressive and purposeful. It is the kind of design that you might imagine coming from a brand that is in a class above Mazda, yet there it is. It is a clear case of a company that understands the importance of design. 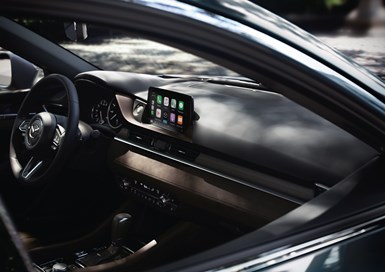 Exquisite interior execution of the Mazda6.

But what really struck me about the Mazda6 is the attention to detail on the interior of the car. Admittedly, the one in question here has the Signature trim. That is the top-of-the-line. It has an MSRP of $35,300. According to Kelley Blue Book, the average transaction price for a new light vehicle in the U.S. in December 2019 was $38,948. That means that that is what the average customer paid. Seems like the Mazda6 Signature—with even insets of seemingly metallic trim in the seats and materials that are, again, a class above in appearance—is a very good deal.

There is the use of something called “Japanese Sen” wood (which is, well, wood, not plastic pretending to be) and UltraSuede. Both things that are bona-fide luxury cues. The leather-wrapped steering wheel has great hand-feel.

Then there is an abundance of safety tech that comes along for the proverbial ride (under the “i-Activesense” moniker), like adaptive cruise with stop-and-go, lane departure warning, lane-keep assist, blind spot monitoring, and brake support. There is traffic sign recognition, that shows in the gauge cluster, for example, what the speed limit is. 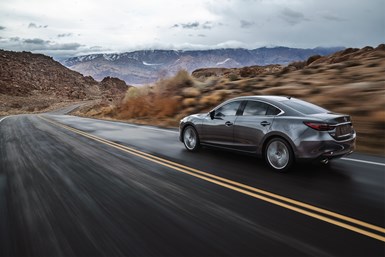 And on the speed subject, there is a 250-hp turbocharged four-cylinder engine mated to a six-speed automatic.

The point is: If you are at all interested in a sedan, it would be more than worth your while to Google “Mazda dealer near me” to check one out. It may not be as convenient to get to as another brand, but as you’re going to be living with your purchase for years, a day or two’s hassle is worth your while.