Although when one thinks of “premium European” car Audi, BMW and Mercedes undoubtedly spring to mind, it is rather unfortunate that Volvo isn’t included in the mix, as the marque has been doing a solid job of creating products that are nothing if not high caliber, with the 2020 Volvo S90 T6 AWD R-Design being a prime example. 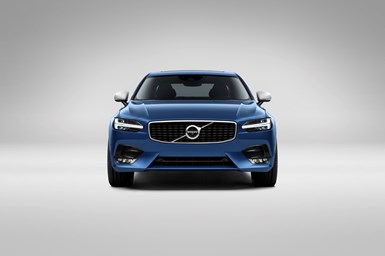 From the design point of view it is almost as though the approach is one that moves away—way away—from the T-square-and-ruler execution that had long been quintessential Volvo design (back when the messaging seemed to be, “Don’t worry about what it looks like: It is safe, and that’s what really matters”), though to be fair the Volvo design language has been more expressive for a number of years now and that simple styling thing is just a cliché. And it needs to be stressed that now that you can be really smitten by what it looks like, it is now even safer, as those folks in Gothenburg are nothing if not committed to creating systems and structures that are secure.

Fitted Out with Sportiness

The R-Design part of this equation is sportier version of the S90, bringing things like dual integrated tailpipes, black rear view mirror caps, metal mesh inlays for interior trim, exceedingly bolstered front seats and leather in all places, including Nubuck inserts which are grippy to one’s bottom. One thing that gives Volvo plenty of points in my book is that the interior makes use of metal where other OEMs would use wood trim. The level of contemporaneity that Volvo achieves is impressive.  Volvo also offers Momentum (entry) and Inscription (luxe) versions of the S90, but for those who want something that has cues that say “fast,” R-Design is the way to go (though it is worth noting that there isn’t that big a base price delta between the vehicles according to the Volvo consumer site, with the Momentum--$51,195—and the R-Design--$54,295 (and the Inscription is the same as the R), so a few hundred dollars is certainly reasonable). 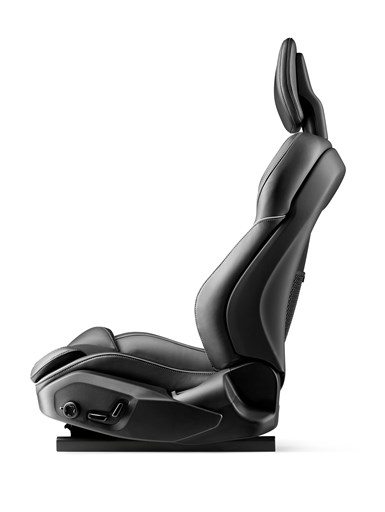 While on the subject of sportiness, the vehicle is powered by a 2.0-liter four that’s both supercharged and turbocharged. It produces 316 hp and 295 lb-ft of torque. It is mated to an eight-speed automatic. When you get to the next paragraph and think back to this one, saying that there is a four-cylinder engine, you might be thinking, “Huh?” Don’t.

The thing that is most startling to me is that the back-seat space is, compared to many other vehicles I’ve driven of late, capacious. According to Volvo, the front leg room is 42.2 inches and the rear is 40.4 inches. While that may not mean much without seeing it, know that when I’m going to or from work and put my backpack in the rear seat, often I have to put it on the seat of a vehicle because where the front seat is positioned for me doesn’t provide sufficient space to put it on the floor. And I am five-eight. The S90 has room to spare on the floor. (And while on the subject of dimensions, it is 200.1 inches long, has a 120.5-inch wheelbase, is 57.1 inches high and 79.5 inches wide.) 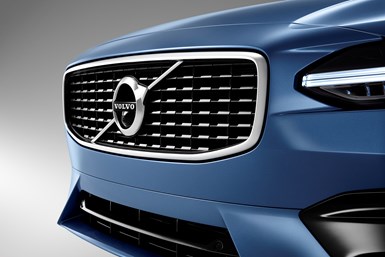 And one more thing. While many people in the U.S. have a smartphone that was produced in China, somehow a car made in China is something rather unusual. But you’d be surprised, perhaps, as I was that the S90, produced in a plant in Daqing, China, is not at all unusual. It is really rather nice.