The premium Toyota with a hybrid powertrain. What’s not to like?
#Buick #Toyota #Lexus

When Toyota launched the Avalon in model year 1995, a stated objective was to provide a vehicle that would be competitive with a Buick. Buicks back then were large and comfortable—carrying names like “Park Avenue” signifying a bit of lux—and were meant to provide customers with something that was beyond an Oldsmobile but not quite a Cadillac. 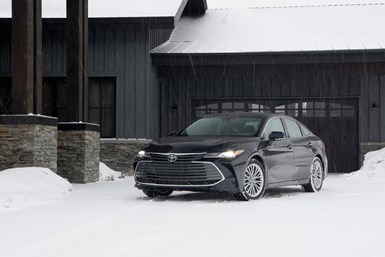 The Avalon Hybrid. Who wants to visit a gas station during the winter? (Images: Toyota)

As a Toyota marketing executive told me back in the early days of Avalon, another function the vehicle provided was to be an alternative for someone—say a real estate agent or an accountant—who wanted ease, technology and (near-) luxury without opting for a Lexus: “Their clients wouldn’t think they were doing too well.” Being concerned with one’s public image was a thing back then. 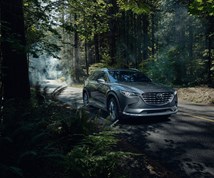 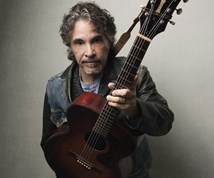 In the years since the Avalon launch, Oldsmobile has gone away, Cadillac has reinvented itself a number of times, and Buick has decided that crossovers, not cars, are what it needs to have in its showrooms.

Toyota is not only the company that has made the hybrid a vehicle that has become both familiar and transparent—the first because it has been producing the Prius for some 20 years and the second because it has been putting its hybrid systems in all manner of vehicles since, from the Highlander to the Camry (to say nothing of several Lexus models)—as it works to have a full 25% of its sales in the U.S. being hybrids by 2025. 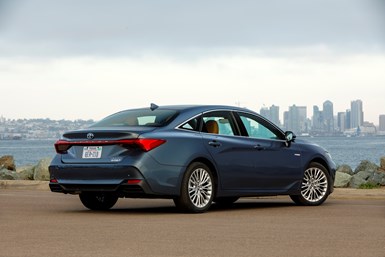 While other OEMs have given up on cars, the Avalon has gotten more stylish with time.

Certainly Toyota is not the only company putting hybrids on the road. But what it is doing—unlike most of its competitors—is being absolutely consistent about it. Others put a hybrid powertrain in a given vehicle then within a few years that fades away to nothing. Toyota, in its hybrid offerings, takes that “continuous improvement” from its production system and puts it under the hood.

The consequence of this is that the hybrid system is something that the customer really doesn’t have to think about.

Indeed, while the Prius for many years had a display in the instrument panel that would allow you to see the flow of energy—from the engine to the battery; from the battery to the wheels—in an animation that was to underline the efficiency and performance of the system, that is no longer a point of focus in Toyota hybrid vehicles. Rather, it is just a way the powertrain works.

The only thing that the driver really needs to know is that she’s not going to be visiting the gas station very often (which nowadays, with people trying all manner of approaches to not touch anything that has been touched by who-knows-how-many-people), which is a good thing. 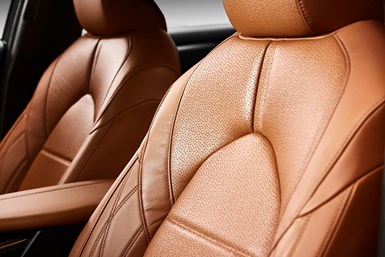 Yes, as comfortable as they look.

How infrequently? Well the sticker on the Avalon Hybrid shows 43 mpg.

And that 9-inch color touchscreen is going to be used primarily, one thinks, for the dynamic navigation that is provided with a three-year trial, or to tune the JBL audio system (yes, there is a three-month subscription to SiriusXM and the vehicle is Apple CarPlay and Android Auto compatible).

There is a 2.5-liter four under the hood and the combined system horsepower is 215. This is not something that is going to push you back into what is a comfortable seat (heated and ventilated, by the by) and make you white-knuckle the leather-wrapped steering wheel (which is heated, incidentally).

But that’s not the point.

This is a large, comfortable sedan.

Which it has always been meant to be.