If you have any question about the almost certain inevitability of 48-volt electrical architecture in vehicles to facilitate the creation of mild hybrids for fuel economy and the utilization of electric superchargers for improved performance, then the number of companies that are pursuing these technologies ought to be an answer. 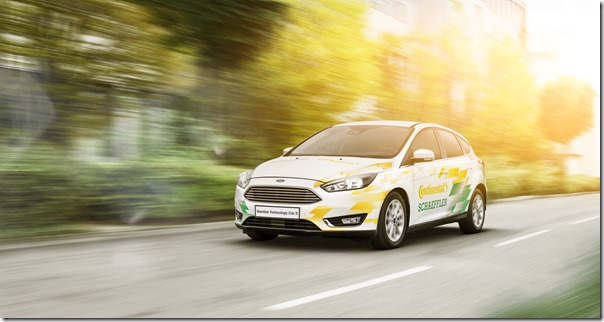 For example, Continental, Schaeffler Automotive and Ford have developed the GTC II, the successor to the Gasoline Technology Car that was introduced at the Vienna Motor Symposium in 2014. GTC I, a Ford Focus, showed a 17 percent improvement in fuel efficiency on the New European Driving Cycle (NEDC).

GTC II, which features a 48-volt system and a hybrid architecture that integrates an electric motor between the Ford three-cylinder, one-liter engine and the transmission (a manual but which has an electronic clutch so even non-manual-capable drivers can drive the car without grinding the gears to shards of metal), improves on the efficiency of the GTC I fuel economy by 13 percent.

According to Kregg Wiggins, senior vice president, Powertrain Division, North America at Continental, “The second generation Gasoline Technology Car demonstrates the huge potential of a mild hybrid when the 48 volt electrical system, the internal combustion engine and the operating strategies are optimized holistically as a complete system.”

Although it doesn’t have an electric supercharger, it does use a Conti turbocharger with a radial-axial turbine that’s been adapted for this application, particularly providing fast response at low engine speeds (i.e., little lag). 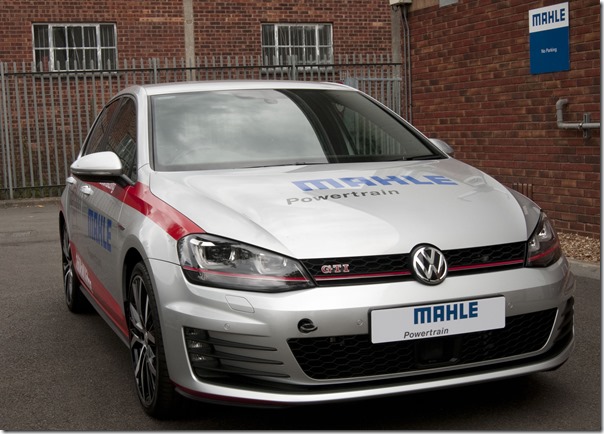 MAHLE Powertrain has taken a VW Golf GTi and transformed its powertrain from the standard 2.0-liter engine to a 1.2-liter and made some other modifications, as well. Said Mike Bassett, chief engineer for R&D at MAHLE Powertrain, “This new power unit harnesses leading-edge 48V eSupercharger technology coupled with an innovative belt integrated starter generator [BISG] to deliver high performance combined with fuel efficiency and reduced emissions.”

The 48-volt architecture uses a three-cell, advanced lead acid battery pack and a pair of DC/DC converters, which are used to maintain the state of charge of the 12-volt battery.

As this is a GTi, it is about performance. However, it is also about reducing CO2 emissions, as this is a development coming out of the U.K. So the modified vehicle reduces CO2 by 22 percent—but whereas the original engine provides 100 kW/liter, this ups it to 160 kW/liter. And the electric supercharger not only doesn’t exhibit turbo lag, but it also maintains good torque at as low as 1,000 rpm.

And regular readers will recall that we recently talked to Matti Vint, director of Powertrain R&D at Valeo North America on “Autoline After Hours” about the company’s work on 48-volt systems and eSuperchargers.

The 48-volt change is coming. Of that there can be little doubt. 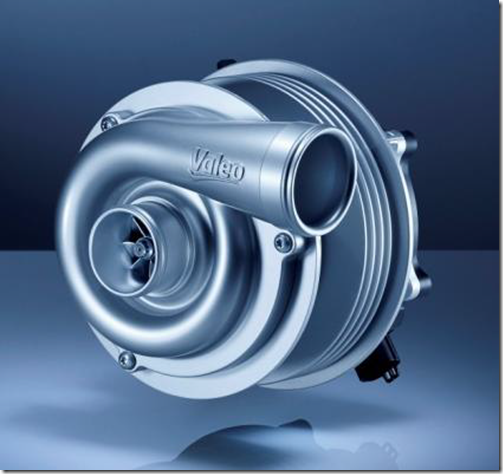