In what may come as something of a surprise move, the Los Angeles Police Department announced that it is deploying 100 BMW i3s in its fleet.

Why the electric vehicle (EV) in a realm where things like Challengers and Chargers (OK, and the Ford Police Interceptor and the Chevy Caprice and Impala PPVs) tend to rule the streets? 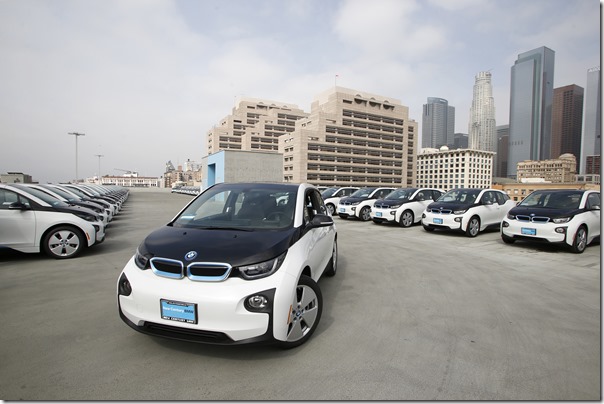 Well, apparently it had something to do with the range the i3 EV offers (BMW has announced that the 2017 model is offered with a battery featuring 50 percent greater capacity than the original, 33 kWh, which brings its total range to ~114 miles). And there is also “a large network of BMW i centers for servicing the fleet in a convenient and cost-effective way,” according to BMW.

LA mayor Eric Garcetti says, “We should be thinking green in everything we do—and these new EVs show how local government can lead.”

While the i3 may be small and somewhat cute, there is another factor that can’t be dismissed: it has a 0 to 60 mph time of about 7 seconds. Which is certainly a good thing for police vehicles.

While its top speed is electronically limited to 93 mph, the vehicles are being used for non-emergency purposes, such as transporting officers and in the LAPD’s community outreach.

Incidentally, while it might seem odd that the LAPD is going to be rolling in BMWs and not a Ford or Chevy EV, it is worth remembering that on TV’s “CHiPs,” Jon and Ponch were riding Kawasakis not Harleys.