Production of the Mazda Miata—officially known as the “MX-5”—started in the Ujina Plat No. 1 in Hiroshima in April 1989, 27 years ago.
#Lamborghini #Mazda #oem

Production of the Mazda Miata—officially known as the “MX-5”—started in the Ujina Plat No. 1 in Hiroshima in April 1989, 27 years ago.

The car is now in its fourth generation. 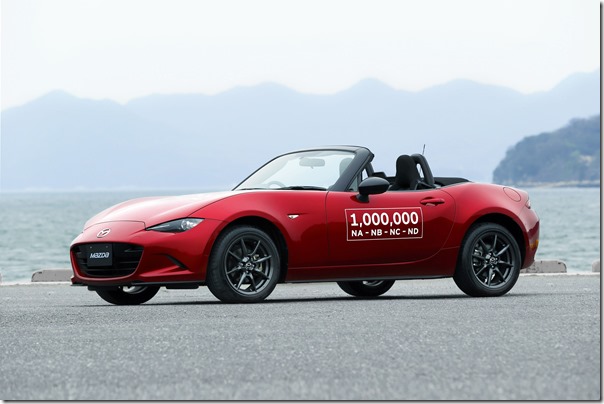 And there have been, as of last Friday (April 22), one million of the cars produced.

The Miata has been holding the Guinness World record for the “best-selling open-top two-seater sports car” (admittedly a somewhat narrow category, but there are records that are even narrower, like the largest Spam musubi) since May 2000, when 531,890 were produced. 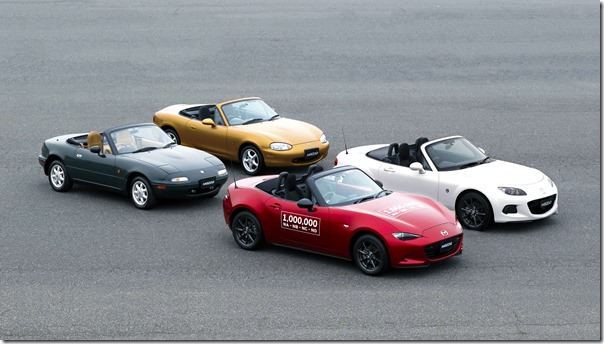 What’s interesting about the MX-5 is that it is one of the handful of cars in the world that can truly be considered to be not only appreciated by fans, but also sufficiently affordable so that they can be purchased by fans.