A Million Miles on Hydrogen

Hyundai Motor America announced last week that drivers of its Tucson Fuel Cell vehicles, who are concentrated in southern California, have logged over one-million miles in the hydrogen-powered crossovers.

This is notable because (1) there are 93 of the vehicles on the road and (2) this has occurred since June 2014, when the company began the roll out of the vehicles. 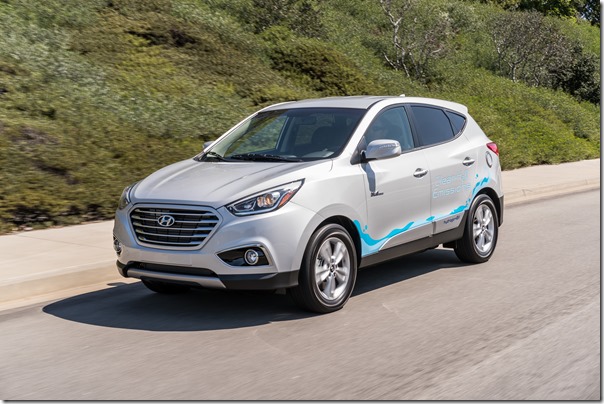 Mike O’Brien, vice president, corporate and product planning, Hyundai Motor America. “With our growing fleet of hydrogen-powered Tucson fuel cell vehicles accumulating one million miles this quickly, one can only imagine the unlimited potential for a zero-emissions hydrogen vehicle future.”

Realize that these people are generally just driving in the greater LA area, as a map of available hydrogen stations show that the station that’s furthest north is in Woodland Hills, Riverside to the east, and down to San Diego for those going south.

Given that the range of the vehicle is approximately 265 miles, going from north to south isn’t an issue; the fueling infrastructure is. And unlike electric vehicles that can get something on the order of 40 miles of range for every 10 minutes of charging on a DC fast-charging system (the fastest of the available rechargers), the Tucson Fuel Cell can be refueled in less than five minutes. 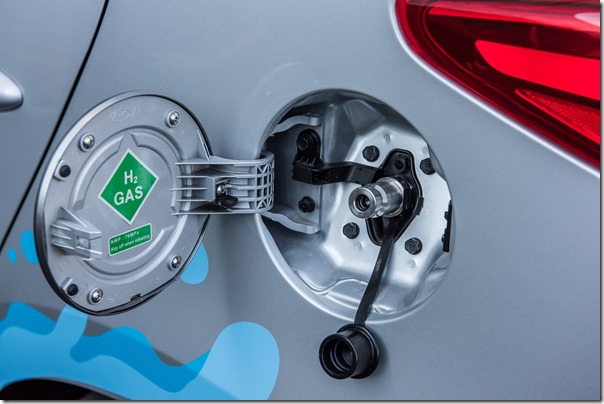