A Note About Wrangler Tires

Since conducting the interviews for the Jeep Wrangler (here), we’ve learned that the tires offered on the Wrangler are Goodyear. . .Wrangler AT Adventure with Kevlar.
#oem #engineer #Goodyear

Since conducting the interviews for the Jeep Wrangler (here), we’ve learned that the tires offered on the Wrangler are Goodyear. . .Wrangler AT Adventure with Kevlar.

No need to wonder about where they came up with that name. 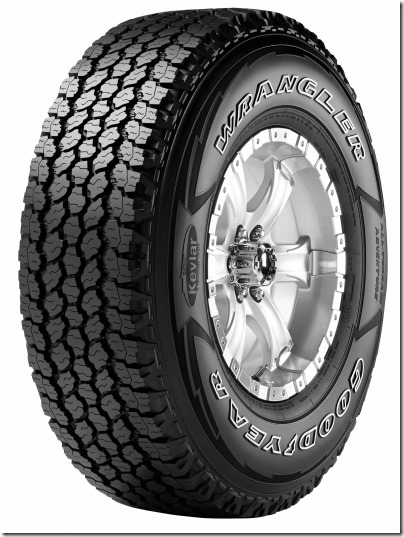 What’s interesting, of course, is the use of the aramid fiber developed by DuPont, Kevlar, which is typically found in applications like body armor. Presumably, in the Wrangler applications, it isn’t about ballistic encounters but simply the sharp rocks that can be encountered by true Wrangler enthusiasts as often as they possibly can.

Apparently, not only does the material provide tire strength, but contributes to improved traction capabilities in rain and snow.

Turns out that Goodyear has a long history with Jeeps: it started producing tires for the 1941 Willys Quad prototype. That vehicle was produced to meet a request from the U.S. Army for a “light reconnaissance vehicle.” The Quad was designed by Delmar G. Roos, the vice president of Engineering of the Willys-Overland company. 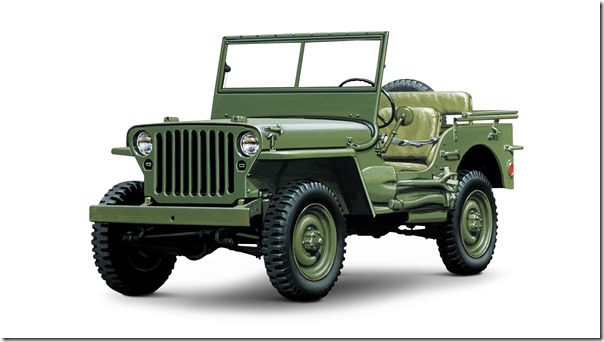