A few years ago General Motors installed a new wind tunnel for testing 40 percent-size vehicles. It is capable of testing vehicles at speeds—well beyond the legal limits anywhere this side of portions of the Autobahn—up to 155 mph.

Which came to mind vis-à-vis a wind tunnel at Sandia National Laboratories, which also handles small models—it can accommodate models with a maximum diameter of 5 inches—but which has the capability of somewhat faster speeds. 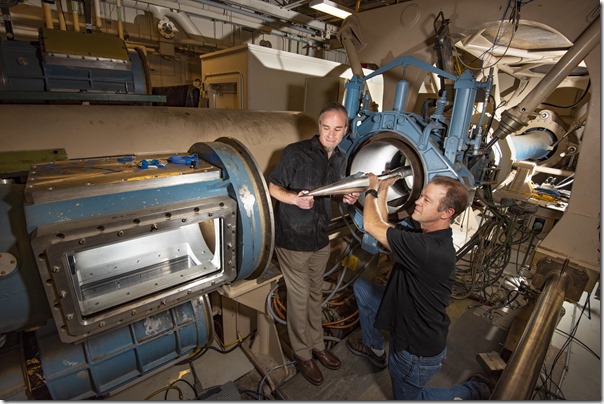 There are three settings for the Sandia wind tunnel: Mach 5, Mach 8 and Mach 14.

Apparently, when the gas is being propelled at such high speed the temperatures get so low—as low as minus 400 degrees F—that they have to use three-megawatt electric resistance heaters to keep the gas from condensing.

The nitrogen is under pressure in the system, as high as 8,600 pounds per square inch. Consequently, it is stored in a bunker at the Sandia site—contained within one-foot thick walls. 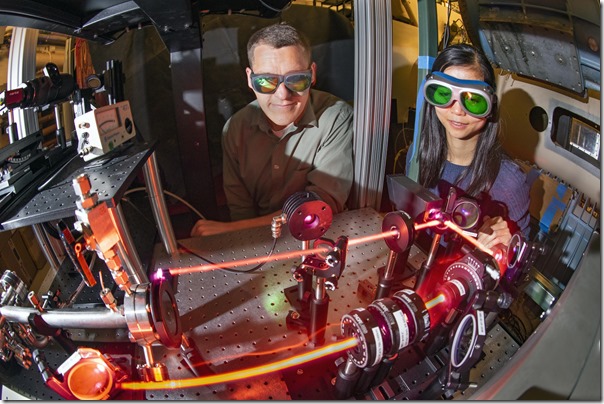 In addition to which, in order to measure the air flow within the tunnel, they use a laser for measurement. According to Daniel Richardson, a mechanical engineer at Sandia, “At the femtosecond time scale”—which is what the laser operates on—“almost all motion is stopped, or frozen.” They use a high-speed camera in association with the laser and capture measurements thousands of times per second.

Obviously, they’re not testing the aerodynamics of SUVs at Sandia.