About Blackmore and Its Approach to Lidar

Stephen Crouch spent some time at Delphi in the earlier part of this decade (pre-spinning off of the company now known as “Aptiv”) as a radar systems engineer where he worked on such things as signal processing algorithms. Which is relevant not in order to establish his bona fides in the automotive space nor to point out that he has tech cred (he received a BSc from Stevens Institute of Technology in applied physics, a MS from the same institution in microelectronics and photonics, then was in the applied physics graduate program at Montana State), but to make a point about one of the things that he and his colleagues at Blackmore Sensors and Analytics are doing as they are developing lidar systems for automotive (and defense) applications: “We are borrowing techniques from radar,” Crouch, the company’s chief technology officer, says. 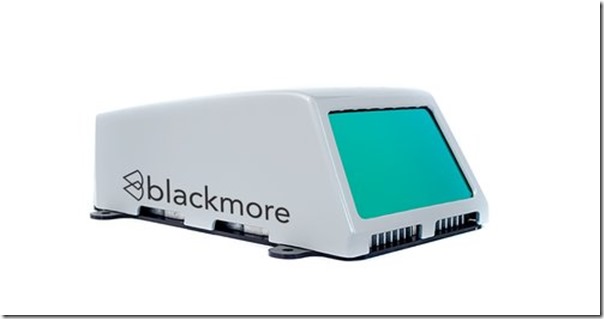 While some lidar systems use short laser pulses, Crouch says the Blackmore system uses continuous waves of light. And as the frequency-modulated continuous wave (FMCW) sweeps are made, the system is able to determine the range and velocity of objects (vehicles, pedestrians, bicyclists, buildings, trees, etc.) in real time, not over time. (Or, in a slightly more technical rendering: range and Doppler data are accumulated and rendered into point clouds in real time.)

As he demonstrates on the screen of a BMW X5 vehicle that they’ve mounted four 40° x 40° scanning systems onto Thule roof racks, it is actually possible to discern the shapes of vehicles and people as the vehicle drives down the road with the objects in motion being color keyed whether they’re driving toward the X5 or away from it. “We don’t have to infer motion over a time period,” he says, adding, “there is no latency in perception.”

While he is reticent to provide a number regarding range, on the screen there is the information obtained by another lidar system mounted on the roof, which seems to go to 100 meters, while the Blackmore system has recognizable shapes 200 meters out.

What this means for the development of autonomous vehicles is that because what is perceived is, well, what is there, the operation of the system could be smoother than it otherwise might be were it to have to rely on inferences. Which means vehicle operation without a herky-jerky motion (which would undoubtedly mean more confidence for the passengers).

There are some other technical advantages Crouch points out about the Blackmore system, such as lower overall power than pulsed systems, which also means that heat isn’t as much of an issue. Power requirements and heat are two key concerns in the development of solid-state systems, which Crouch says Blackmore is working on and which should be available within the next three to five years.

In the meantime, they are preparing a system that he says will be available this summer that has a 120° field of view. It will have a cost on the order of $20,000.

Speaking of cost, Crouch acknowledges that it is an important consideration among vehicle manufacturers, as is the size of the units. While they are working on both, he emphasizes something that is vital on the road toward autonomous vehicles, which is that performance is what’s most important. 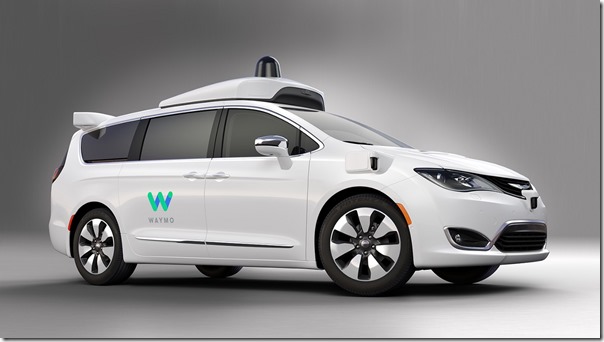 He points out that the Waymo Pacifica Hybrids that are ferrying people in Arizona are fitted with an array of sensors on top and all round its perimeter and people don’t seem to object to that. (No, Waymo isn’t using Blackmore lidar on these vehicles.)

Crouch does say that they are working on ways to integrate the lidar units into vehicles, such as at the top of the windshield where it can be protected from the elements (and rain and snow wouldn’t be issues thanks to wiper blades), so while performance is key, aesthetics are still a consideration.

While it may seem odd that Blackmore is based in Bozeman, Montana, Crouch says that there are some 30 optics companies in the area, which is certainly useful for a company that is working with collimated light.

And it is worth noting—here for absolute auto industry credibility—that Blackmore investors include BMW I Ventures and Toyota AI Ventures.