Last year Buick sold 219,231 vehicles in the U.S. That includes the Cascada, LaCrosse, Regal, Verano, Enclave, Encore, and Envision. Cadillac delivered 156,440 vehicles. That includes the ATS, CTS, CT6, XTS, Escalade, SRX, and XT5. Were you to add the total number of Chevrolet Sonics sold in 2017, 30,290, the combined total of all of those vehicles would nearly reach the number of Toyota RAV4s sold in 2017. 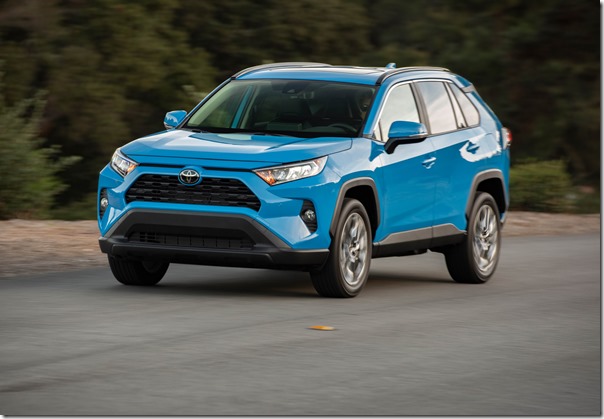 This comparison is not being made to pick on General Motors. Rather, it is being made simply to point out how dominant the RAV4 is not just in the compact crossover segment that it pioneered, but in the market as a whole.

That number for last year was a 15.7 percent increase over 2016 RAV4 sales. Which is to say that the vehicle has a lot of momentum.

And now there is a new one. The fifth generation.

You can only imagine that RAV4 chief engineer Yoshikazu Saeki and his colleagues had more than a bit of trepidation as they developed the new RAV4.

But he acknowledges that a fundamental of the Toyota Way is continuous improvement, so they set about to make the new one better than the last. 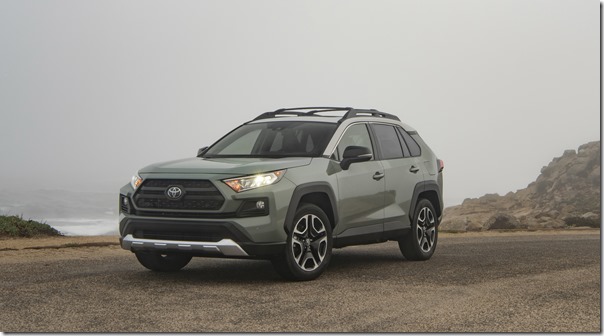 A couple of things are notable about the 2019 RAV4.

One is that the styling across the various trims available—and there are plenty, including the LE, XLE, XLE Premium, Adventure, and Limited for the models that have a 203-hp 2.5-liter gasoline engine, and the LE HV, XLE HV, XSE HV, and Limited HV, with the “HV” standing for the hybrid, which, combining the power of the electric motors and the 176-hp 2.5-liter, has an output of 219 hp (yes, the hybrid models have more pep than the gas-only versions)—has gone from the somewhat futuristic (“somewhat” because if you look, say, at the Prius, that’s simply futuristic) to something that is in keeping with the brawnier look and stance of the Highlander and even Tundra. 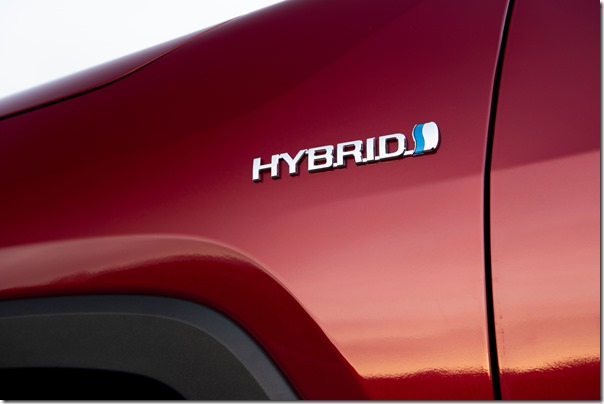 The other is that although this is arguably a “truckier”-looking vehicle than its predecessor, it is built on the platform that underpins vehicles like the Avalon, a sedan that is as luxurious as Toyota brand gets, the TNGA. And as unlikely as it may seem, the RAV4 HV is available with “Trail Mode,” which uses brakes to manage rear torque when getting into some somewhat off-road situations, and the gas-powered Adventure and Limited AWD models (there are also FWD models available) feature torque vectoring to distribute torque not only fore and aft but side to side, as well. The point being that this smooth-riding, comfortable crossover does have the wherewithal to be driven on terrain that is more demanding than a gravel road (but in all fairness, the folks at Jeep have little to be concerned about).

A quick word about the trims. These just aren’t “packages,” as in a case where there are bigger wheels and some interior content added. These are visually different, whether it is the treatment of the grille or the addition of cladding. XSE HV looks sporty (and according to Saeki the HV is quicker than the gasoline models) and the Limited is more refined. And this goes to the inside of the vehicles, as well, with the execution of the grades being visually different, although across the board there are more soft-touch materials and attention to ergonomic detail than had been the case with the previous generation RAV4. (A nice touch—pun unintended—is the knurled rubber on knobs, such as for the HVAC system.) 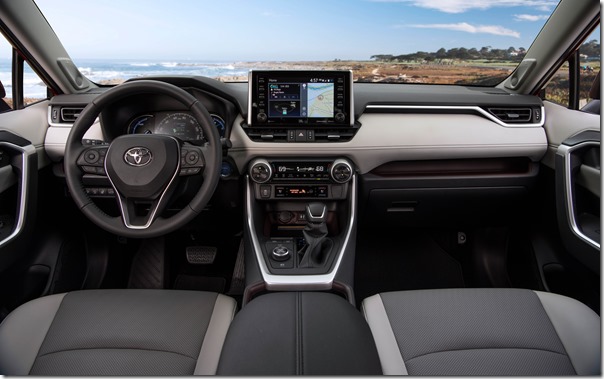 As for the infotainment, not only is there an array of Entune 3.0 audio systems available (all the way up to one named “Entune 3.0 Premium Audio with Dynamic Navigation and JBL with Clari-Fi”), Toyota is making Apple CarPlay available: I’ve talked to several people for whom not having CarPlay in Toyotas has been a dealbreaker for them.

Just imagine how many more RAV4s they might sell now.

As the holidays are coming and as people sometimes buy vehicles as presents (no one I know, but all of those TV ads lead me to believe that this is a phenomenon), know that the MSRPs for the 2019 RAV4 range form $25,500 for a FWD gasoline-powered LE to $35,700 for the Limited HV (hybrid).

(FYI: there will be a more-complete look at the 2019 RAV4 in the January 2019 issue of Automotive Design + Production, so check out the homepage around the first of next year.) 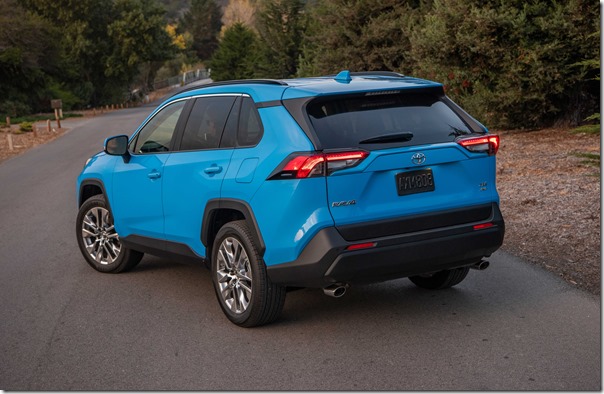