About the 2020 Lincoln Aviator

Successful vehicles tend to be those that are available on a global basis, and increasingly, those vehicles tend to be in the SUV segment writ large. So to know that the 2020 Lincoln Aviator is (1) going to be marketed in markets including but not limited to the U.S. market and (2) that it is a three-row, midsize utility vehicle means that the odds of success for this vehicle are good. Very good. And it doesn’t hurt in the least bit that this vehicle has stance and presence that are competitive with vehicles of like kind from purveyors of luxury SUVs. And the fact that there is an Aviator Grand Touring variant that includes a twin-turbocharged 3.0-liter V6 that’s mated to an electric motor (that’s integrated with the transmission—and it is worth mentioning that the Aviator is based on a RWD architecture, so it has a longitudinal transmission setup) so the result is that there is, according to John Davis, Aviator chief program engineer, an estimated 450 hp and 600 lb-ft of torque, which means that the Grand Tourer is Grand writ large in the competitive segment. (And it happens to be the most-powerful Lincoln ever.) The standard, non-hybrid Aviator has the twin-turbocharged engine, as well, which produces 400 hp and 400 lb-ft of torque. 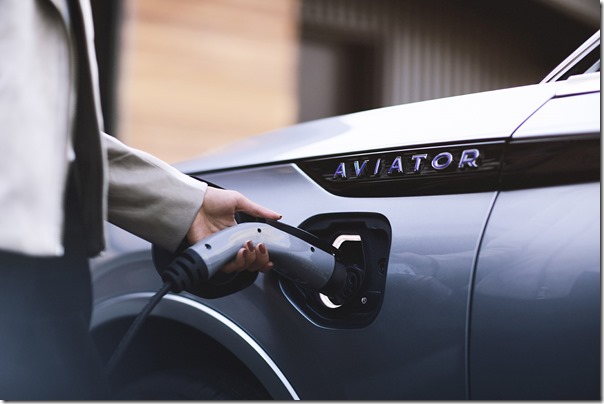 “Quiet Flight.” That’s the term that David Woodhouse, Lincoln Design director, uses to describe what they worked to accomplish with the design execution of the Aviator. He talks about the designs of the classic grand touring vehicles of European brands in the 1950s, which were both smooth and powerful. Which brings up another word that Woodhouse uses in relation to the SUV: “effortless.” When you have the power under your foot you can, in effect, glide at an ever-increasing rate. This isn’t about raw power.

(A digression that indicates just how committed they were to the overall beauty of the vehicle: Some may remember that in 1973 The Stooges, a Detroit band, released an album titled Raw Power. This may seem to be a gratuitous reference, but it absolutely isn’t as it brings up an important characteristic of the care in execution that they’ve taken with the Aviator. Rather than having the electronics-generated chimes that are characteristic of cues and warnings that a vehicle alerts people with, the Lincoln team went to the Detroit Symphony Orchestra to create six distinctive sounds to indicate things ranging from unbuckled seat belts to an open fuel door. The DSO performers and instruments deployed for the Aviator are Adrienne Rönmark, violin; Eric Nowlin, principal viola; Joseph Becker, principal percussion. Some in Detroit go for the Raw Power. The Aviator has power in abundance but it isn’t executed in that manner.) 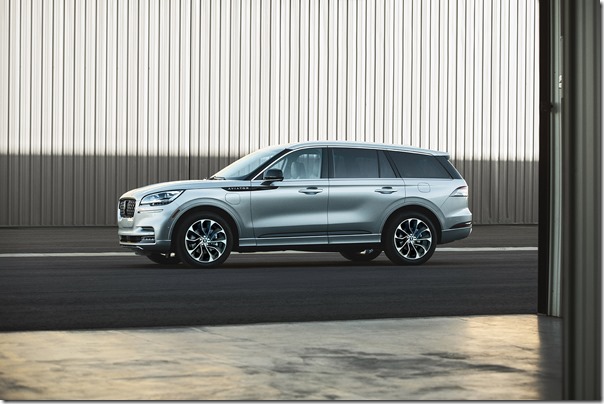 One of the features on the exterior that Woodhouse says is indicative of the approach to the way that Quiet Flight is captured in steel is the rising rocker line with the falling fast roof line. Care was taken so that the third row passengers wouldn’t be victims to design, yet there is a distinctive reduction in height of the vehicle so that is appears as though it is flowing through the air. Woodhouse also points out that there are S-sections on the body sides so as to provide a visual flow to the vehicle.

Woodhouse says that there is sometimes thought to be a demarcation between Design and Engineering. But he points out that with both teams working toward realizing the Quiet Flight theme, there was something of a harmony created between the two functions. So if there is that approach with the fluidity of the sheet metal, the Engineering team did things like develop the “Air Glide” suspension, which allows the vehicle to have adjustable height depending on conditions. One of the more notable approaches to that is what is called “Adaptive Suspension with Road Preview.” This utilizes a forward looking camera that scans the road and should there be, say, a pothole, then it adjusts the suspension as required to ameliorate the bump as much as possible. 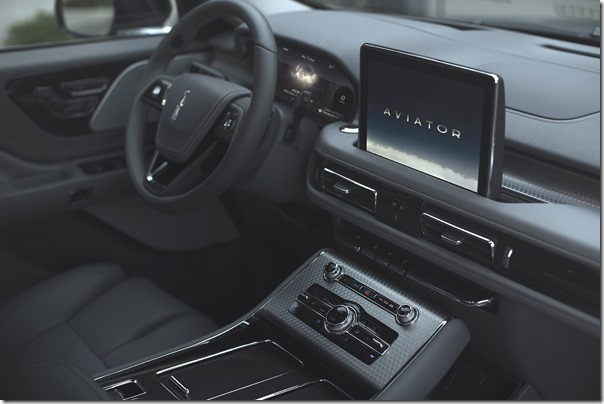 The camera, incidentally, is also used in the Lincoln Co-Pilot360 Plus system, that includes such functions as Traffic jam Assist, which works with the adaptive cruise control in various conditions, including stop-and-go traffic, and which “reads” traffic signs along the roadway and can automatically adjust the vehicle’s speed to meet the requirements of that limit. There’s Evasive Steer Assist, which helps provide steering support in the event of an impending collision with an object ahead. And as things also happen behind a vehicle, there’s Reverse Brake Assist, which uses sensors at the rear of the vehicle and initiates braking in the event that something is detected behind the Aviator when it is in reverse. Lincoln has had automatic parking capability for a number of years; with Aviator it brings it to a new level, with Active Park Assist Plus, which does all of the work (steering, shifting, braking) when activated with the push of a button in parallel and perpendicular parking.

Joy Falotico, Lincoln president, says, “It’s not just the product. It is the total experience.” So it is about more than just the horsepower and torque, more than the crafted design outside and in (the cabin is designed with touches of aeronautical themes that are so subtle as to be something that one comes to realize over time, perhaps, not something that is garishly thrust upon them), more than the technology that makes the vehicle safer and capable, more than the 28-speaker Revel Ultima 3D audio system that would make DSO artists nod with appreciation.

It is all about that. And then some. 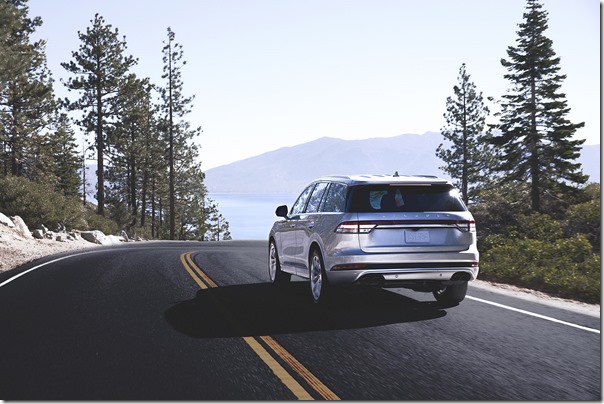