Ken Block, rally driver extraordinaire with the Hoonigan Racing Division, the Paganini of the Pavement, has ripped up streets in all manner of Ford products, from Mustangs to Fiesta to Foci, and for his latest endeavor, “Gymkhana Ten: The Ultimate Tire Slaying Tour,” he is behind the wheel of the Hoonitruck, a 1977 F-150 powered by a 914-hp, 702-lb-ft 3.5-liter twin-turbo V6 (yes, the same type of engine that is used in the Ford GT), which generates copious amounts of rubbery smoke from the Toyo 315/35R20s.

Turns out that the ’77 F-150 was what Block learned to Hoon in. So they set about to rebuild one that would meet the demands of the no-longer-learning Block. 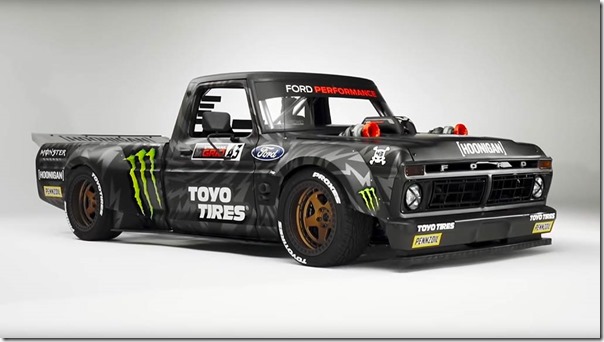 One problem: They needed a massive intake manifold.

So the Ford Performance engineers in the U.S. went to work with Ford research engineers in Germany and came up with the design and engineering for a manifold that would meet the performance requirements of the truck.

There was one problem: this thing couldn’t be produced via conventional casting and machining. 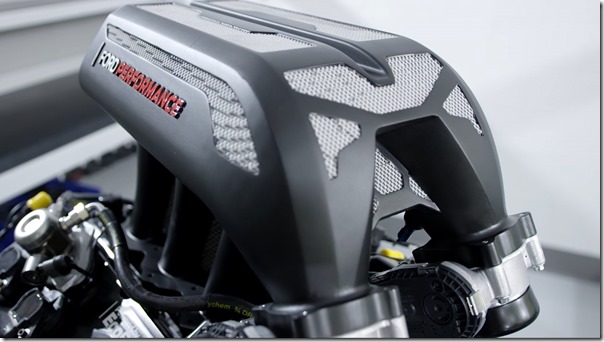 So the team went to work with researchers at the Digital Additive Production Institute at the RWTH Aachen University, who happen to have a Concept Laser X LINE 2000R direct metal laser melting (DMLM) machine, which is claimed to be the largest machine of its type. It has a build volume of 800 x 400 x 500 mm3 and features two 1,000-W fiber lasers.

And they printed what is said to be the largest metal car part ever made.

It required five days to produce the aluminum component.

Now there are a variety of printed car parts that have been produced and used for vehicles. Often, these parts are more decorative than functional.

Which is not to say that there haven’t been functional parts produced with DMLM.

But let’s put it this way: How many additive parts have been used in a vehicle like the Hoonitruck, which you can see in action here?