There is a lot of noise about autonomous driving. Here’s some straight information from a ZF exec about what’s going on.
#tech #sustainability #GMC

Although ZF is assiduously working toward full automated driving, working toward Levels 4 and 5—as other suppliers and OEMs are—the company is also taking something of a more measured, pragmatic and practical approach. It has launched a system that it calls “coASSIST,” which the company describes as a Level 2+ system.

The system utilizes Mobileye cameras, its own radars and an electronic control unit that brings it all into functionality.

What It Can Do 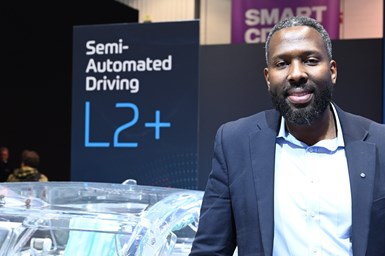 All of which means that the system can certainly enhance the driving experience for the driver and safety for all people on board the vehicle. But the driver is still involved in and responsible for the driving process. The Level 2+ system—which will go into production later this year with a “major Asian manufacturer”—can improve driving, Jefferson says.

When asked whether the issue that is most vexing for increasing automation in vehicles is technology (he is an electrical engineer, so he knows more than a little something about that) or cost, Jefferson says that he thinks that cost is the issue, from the standpoint of making the price something that consumers will be willing to pay for rather than for some entertainment system (with which he’s more than slightly familiar, as prior to joining ZF in 2015 he was a product planner and strategist for Harman). 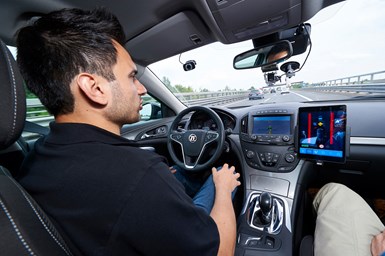 ZF coASSIST. The driver is still responsible. But the system aids the driving task.

On this edition of “Autoline After Hours,” Jefferson talks with Stephanie Brinley, principal analyst at IHS Markit, “Autoline”’s John McElroy and me.

Although the level of discussion seems to be such that everyone knows what it is, it is quite fascinating to hear from someone who can actually explain not only the technology but the benefits that it can provide to drivers.

In addition to which, Brinley, McElroy and I talk about a number of other subjects, including Tesla’s solid fourth-quarter earnings, the GMC Electric Hummer and whether that is the right vehicle for the time, the order of 10,000 electric commercial trucks from UPS to British startup Arrival, and the growing trend of major cities banning motor vehicles.