With NASA putting Curiosity on Mars, there is a bit of Martian fever developing here on Earth.
#Nissan #oem #tech

With NASA putting Curiosity on Mars, there is a bit of Martian fever developing here on Earth.

As in Nissan calculating how much it would cost to drive a 2013 Altima to the Red Planet.  And as the following infographic shows, it is comparatively economical. 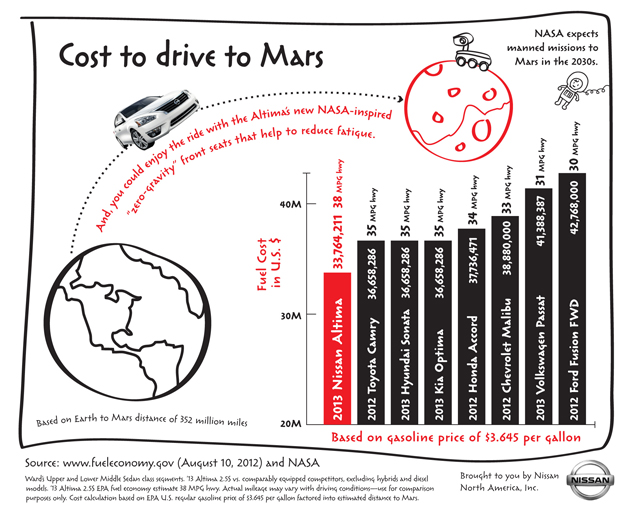 Now, you might be asking yourself what an Altima would have to do with things space.  Well, it turns out that the seats in the Altima are based on work that was done for bona-fide astronaut furniture.

Which, admittedly, is a bit of a stretch vis-à-vis the cost of gas to Mars.

All things considered, that $33.7-million doesn’t look all that bad.