Imagine an electric vehicle that has a readily swappable lithium battery pack, a vehicle made with a composite structure so that it is comparatively lightweight and maneuverable, one that can be fully charged in about an hour.

It just isn’t a car. 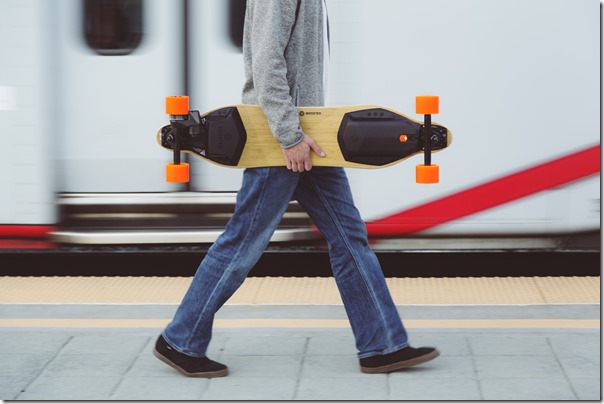 It’s a skateboard. Yes, an electric-powered skateboard produced by Boosted Boards, that is now in its second generation, offering a 199-watt-hour (note: not kilowatt-hour, as is the case with the EVs you’re more familiar with) battery pack; the other battery size for the original board is 99-watt-hours.

The second-gen battery pack can be removed and replaced through the removing and replacing six bolts with a 4-mm hex wrench. (Those battery-swapping approaches by companies ranging from Better Place (founded in 2007; liquidated in 2013) to Tesla haven’t worked out quite so well.) 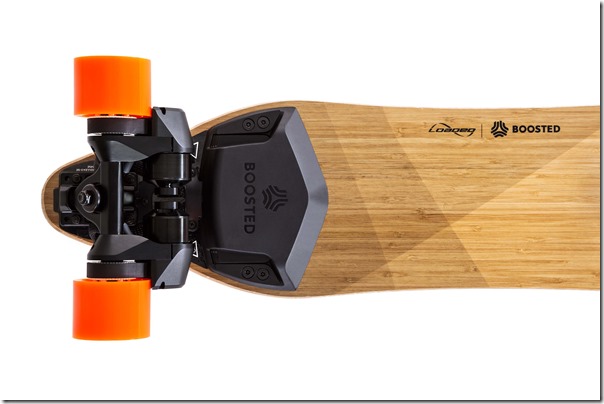 The smaller battery provides a range of up to seven miles; the bigger one up to 14. The top speed of the board, which features a fiberglass and bamboo deck, is 22 mph.

Charging time for the 99-w-hr battery is one hour. Add 45 minutes for the bigger battery.

No, there isn’t a Federal tax credit for going electric in this case.