The third-generation, aluminum-intensive Bentley Continental GT was launched late last August, and as a vehicle that has as its base engine a 6.0-liter, twin-turbocharged W12 engine that powers the car from 0 to 60 mph in 3.6 seconds with the occupants being cosseted in interior comfort, the starting price in the U.S. is $236,100 is certainly reasonable. 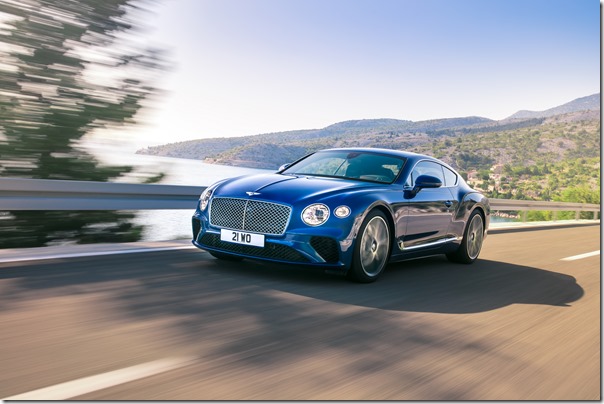 But if you don’t, and you do have $99, then Bentley may have something that you’re interested in: Bentley Momentum Unlimited.

It is a new fragrance for men. 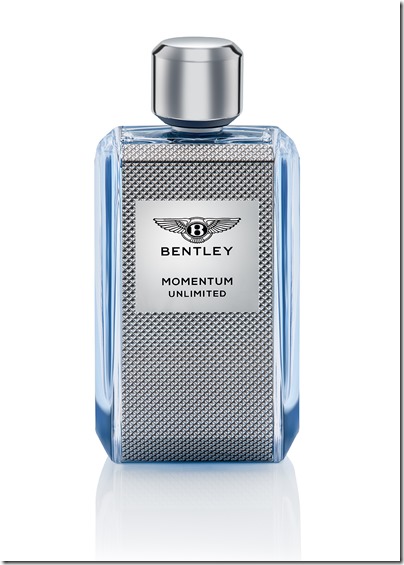 According to Bentley Fragrances—and know that this is a company-sponsored undertaking, not one of those knockoffs that you might find in a pop-up stand in a shopping mall—Momentum Unlimited, “crafted from the best-quality ingredients by Michel Almairac, one of the world’s most acclaimed scent designers,” “takes off in a fruity burst of bracing grapefruit and tart green apple, boosted by the citrusy brightness of cardamom.”

Somehow more people are probably interested in how the Continental GT takes off to a top speed of 207 mph, but then there’s the non-trivial issue of, well, affordability.

And here’s something to keep in mind: Valentine’s Day is coming up, so Momentum Unlimited might just be the attainable Bentley.

The bottle features knurling that are a tribute to the knobs used in the vehicles, and there is the “B Wings” Bentley logo on it. So it is probably as close as most of us are going to get to actually owning one.