While the various developmental activities that OEMs are pursuing in the areas of autonomy and electrification are widely known, there is another undertaking a handful of other OEMs that is getting less visibility yet which has the potential of making a big difference in transport, at least for the well-heeled, those for whom even developing autonomous vehicles would be an insufficient solution. 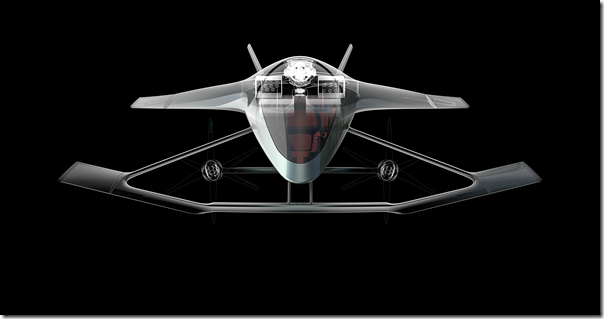 Aston Martin, which has been in the motor vehicle business since 1913, revealed the Volante Vision Concept earlier this week, an aircraft that seats three adults. It has vertical takeoff and landing (VTOL) capability, which means it is more well suited to urban environments, where runways are few and far between.

“Humans have always spent on average, one hour commuting to and from work. The distance we live from our workplace has been determined by the methods of transportation available. The Volante Vision Concept will enable us to travel further with our hourly commute, meaning we are able to live further away from where we work,” said Aston Martin president and CEO Dr Andy Palmer.

Aston Martin worked on the Volante Vision with Cranfield University, Cranford Aerospace Solutions, and Rolls-Royce (as in the aircraft engine company, not the car company).

Cranfield is quite a center of aircraft innovation. It is interesting to note that the developer of the Hawker Harrier jump jet—a VTOL aircraft—was designed by Ralph Hooper, who attended the College of Aeronautics at Cranfield in 1946. 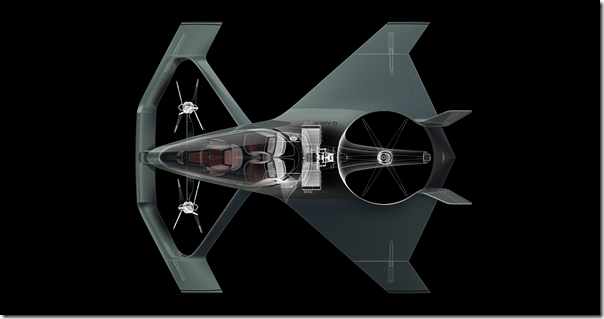 Now there is one challenge to a VTOL or any other conventional aircraft for that matter: Becoming a pilot is significantly more challenging than getting a driver’s license. So those who might be able afford a Volante Vision (and to put this into some sort of context, an Aston Martin DB 11 AMR starts at £174,995, or about $232,000 U.S., so you’ve got to figure that the aircraft is going to multiply that figure) might not have taken the time necessary to get a pilot’s license.

Turns out the developers of the Volante Vision have that covered. Not only does the aircraft have what Rob Watson, director, Rolls-Royce Electrical, describe as “high performance hybrid-electric propulsion technologies,” but it uses autonomous technologies, as well.