If someone said to you: “Quick, name me three luxury car brands,” you would probably answer something like, “BMW, Lexus and Cadillac” or “Mercedes, Infiniti and Lincoln.” And if you were to ask Simon Sproule to name three, none of those six would make the list.
#AutolineAfterHours #Ford #Infiniti

If someone said to you: “Quick, name me three luxury car brands,” you would probably answer something like, “BMW, Lexus and Cadillac” or “Mercedes, Infiniti and Lincoln.”

And if you were to ask Simon Sproule to name three, none of those six would make the list. Rather, he’d answer “Lamborghini, Bugatti and Roll-Royce.” Or “Bentley, McLaren and Aston Martin Lagonda.”

The companies in the first paragraph are “premium” brands.

The companies in the second are purveyors of fine automotive products that are produced in exceedingly limited numbers as compared with the outputs of those in the first paragraph, vehicles that are often crafted by hand. 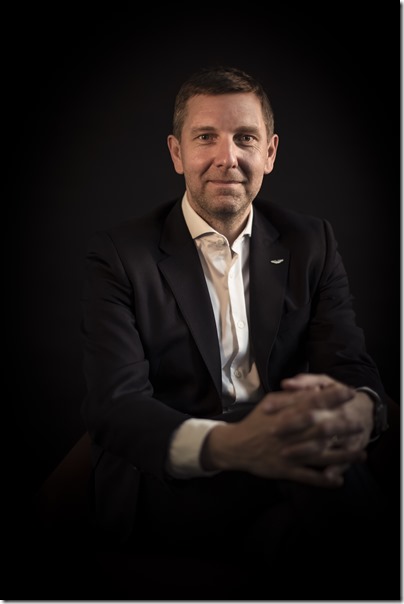 Sproule knows more than a little something about luxury cars, as well as premium cars, Teslas, and even Nissan Sentras.

That’s because Sproule is vice president and chief marketing officer of Aston Martin. And because in his career in the auto industry he’s held positions at Ford (both in the U.K.—he was born in Hampshire, which is southwest of London—and the U.S. (back when there was the Premier Automotive Group that included Aston Martin, Jaguar, Land Rover, Volvo, and, for the first few years, Lincoln and Mercury—Quick: which of those companies is truly “premier”?).

He moved back to the U.S. and for eight months in 2014 he was the vice president of Marketing and Communications for Tesla Motors. And of Elon Musk Sproule says that the man has pretty much accomplished what he’d publically announced he said he’d do back in 2006 in a manifesto of sorts.

While at Tesla Sproule received a call from Dr. Andy Palmer (MSc in Product Engineering from Warwick University; PhD in Management, Cranfield University), not only a fellow countryman, but a man with whom Sproule worked with at Nissan, where Palmer had been for more than 23 years, with his last position being Chief Planning Officer at Nissan Motor.

Palmer had become the president and CEO of Aston Martin and wanted to know if Sproule wanted to join him. When you grow up with posters of various DB models on your bedroom walls, somehow even Tesla seems passé. 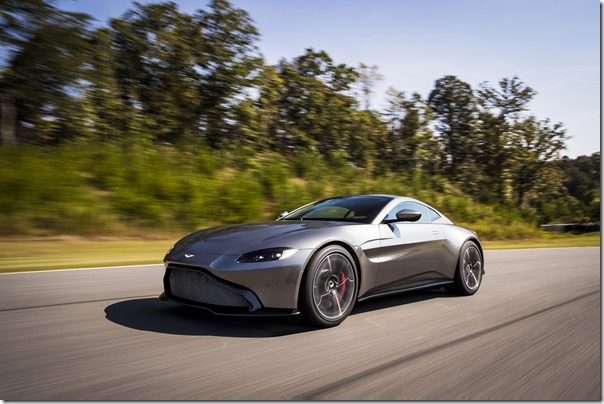 Sproule joins Autoline’s John McElroy, AutoPacific analyst Dave Sullivan and me on this edition of “Autoline After Hours.”

And he brings a DB11 to the studio, which is an absolute masterpiece of aesthetics and engineering (as for the latter—in addition to the remarkable patented Aeroblade that channels air from the C-pillars back through ducting in the trunk lid so that it is released vertically, thereby creating the effect of a spoiler without having to mess up the sleek lines of the car, the clamshell hood is a formed sheet of aluminum, which Sproule says is one of the biggest—if not the biggest—aluminum stampings in the auto industry).

Sproule discusses the cars that Aston Martin builds and will be building (including, of course, an SUV, as well as bringing back Lagonda-badged vehicles—and the Aston Martin Valkyrie, a hypercar that was developed with Red Bull Advanced Technologies, where Adrian Newey, legendary Formula One designer and engineer, happens to work), as well as the Aston Martin-branded apartment building that is going up in Miami. 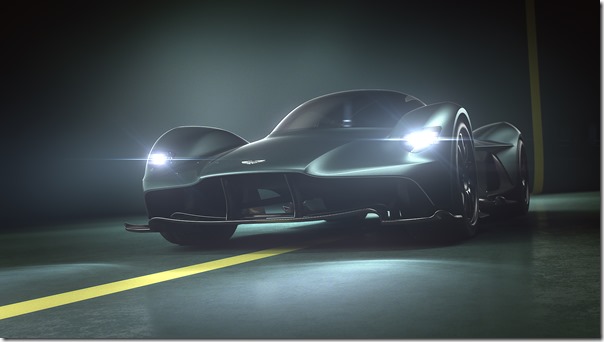 And a whole lot more that you can see right here.

By the way: Aston Martin cars, starting with the DB5 in Goldfinger, have appeared in 11 James Bond movies. (Fun fact: there is a production DB9 and a production DB11. What about the DB10? That model was built—10 of them—specifically for the 2015 James Bond Spectre.) 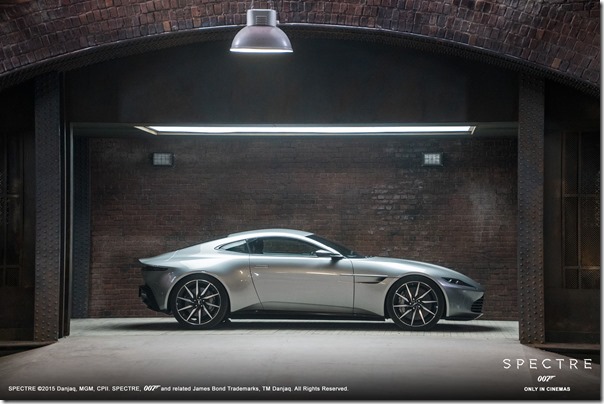