Although this may be a rather déclassé observation, the people at Aston Martin Lagonda are certainly not fooling around, as the company has announced that the work on the St Athan production facility in Wales, where the company’s 2020 DBX sport utility vehicle will go into production starting in 2019, is nearing production readiness.

Company has done something rather clever, as the structures that house the plant are former U.K. Ministry of Defense “Super Hangers,” which saw use starting in 1938; in February 2012 the last aircraft was serviced at the St Athan facility. 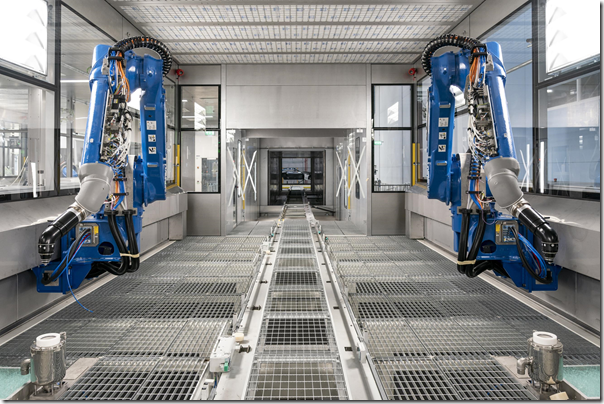 At present there are 100 employees at the site, where the paint shop is complete and the production lines are getting closer to completion. It is anticipated that with the ramp up of the vehicle there will be some 700 employees working in the facility.

Palmer continued, “The St Athan facility will initially commence with the production of our first SUV but will ultimately be a global center of excellence for the production of luxury high performance EVs, including Lagonda: the world’s first luxury electric automotive brand.”

And St Athan will become the Aston Martin Lagonda “Home of Electrification.”

Clearly, Aston Martin is becoming increasingly serious about being a force to be reckoned with in the premium vehicle category, given that it is increasing the size of its production footprint.