As turning processes get more efficient the best target to further reduce cost is by increasing spindle utilization. Fast automated part handling systems can reap big returns by keeping turning centers in the cut more of the time, and for more hours a day.
#HP 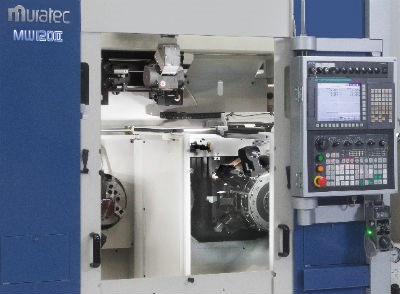 Most shops doing higher volume production turning already buy into the notion that automated workpiece handling is the most cost-effective means to produce parts. It’s not just the ability to produce parts faster. Automation can drastically reduce labor costs, increase spindle utilization, improve quality and provide the opportunity to run unattended for significant periods of time. Moreover, with the flexibility of today’s technology, automated turning is applicable to significantly smaller lot sizes than many would think.

But has automated turning plateaued? That is, once you have robots doing the loading and unloading as well as other in-process part handling, how much more efficient can a turning cell get?

Just like quicker turning machines and better cutting tools have sped up the turning process to reduce cycle times, faster automation systems are now doing the same to further reduce non-cutting time as well. They are achieving new levels of productivity by getting parts in and out of the chuck faster. And when parts are in the cut, that’s when you’re making money. A good case in point is the new MW120II turning cell from Murata Machinery USA.

This video shows the speed of the MW120II part handling automation from several perspectives.

Like earlier Muratec models the MW120II is a front facing twin-spindle turning center with an integrated gantry system that loads parts, moves them to a turnaround station to facilitate first- to second-side operations, and unloads the part. It can also move parts to other stations such as in-process gaging or washing.

What’s different about this machine is the speed of the automation. It’s not just about a faster gantry. Almost every aspect of the work handling system has been accelerated including gantry speed, spindle acceleration-deceleration, turret clamp-unclamp, chuck opening-closing, even the gantry access shutter door.

When you add it all up, Murata Machinery says this machine can move parts in and out of the chuck in less than 6 seconds, and with precision. As you can see in the videos here, it’s fast. Really fast. Here’s how Murata has done it, and what that speed can mean to a production shop’s bottom line.

Murata Machinery is known for its twin-spindle turning centers that are designed from the ground up for high efficiency production. Essentially a turning cell on a single base, these machines come pre-engineered to meet manufacturers’ specific part-processing requirements. These turnkey applications come with automated work handling and can also include in-process gaging and other internal operations. The goal is to deliver a complete machining process that’s totally “hands-off” from raw material to finished part.

While the upfront cost of such a fully automated system is higher than conventional manually attended turning centers, as this recent article explains, for the right parts it is a substantially lower total cost option primarily through dramatic reductions in labor and increased spindle utilization. Automation can get parts in and out of the chuck faster and can run completely unattended for hours. It also saves on peripheral equipment with a single part handling system servicing two spindles. Moreover, two such machines can be integrated to create a fully automated four-spindle cell.

This comparison of spindle acc/dec shows two cycles of the chuck accelerating to 3000 rpm and back to zero.

Also important, quality improves by eliminating many of the errors that can creep in with each manual movement of a part. Every time you re-chuck a part, you introduce new potential for error, leading to inconsistent setup or part damage. As Murata Machinery puts it: “Every time you touch a part, you put cost into that part.”

With the MW120II Murata Machinery has doubled-down on that strategy with a total systems approach to further reduce non-cutting time. While it’s easy to focus on the gantry, the design takes into account a variety machine actions to speed up the entire part handling process.

As for the gantry, Murata Machinery reduced its weight by 41% which contributes to the dramatic increase in speed. For example, in the X axis the gantry went from a top speed of 160 meters per minute to 240 meters per minute. That’s 50% faster. Likewise, Y-axis speed has been improved by 46% and Z-axis speed by 86%. The system can handle two 6.6-lb parts at a time. It also has a more compact turnaround unit which leaves more space for a peripheral device, such as a blowoff unit.

This comparison shows how much faster the shutter door is over a conventional design.

Other system components that have been accelerated include:

Put it all together and you’ll take more than three seconds of idle time out of an average total part cycle time. That may not sound like a lot, but when you add it up over the course of a year, particularly with smaller parts and short cutting cycle times, the improvement in throughput is substantial.

By moving that job to a completely automated dual-spindle turning cell with twin overhead gantries, though the annual capital cost is higher ($63,000), the part handling time is substantially faster and labor is drastically reduced to just $24,000 per year. That improves the net value of finished goods by $386,425!

The return on the faster automation system of Muratec MW120II is even better. Though the capital cost is a little higher, just a 4-second improvement in total cycle time boosts the annual return on the investment by another $135,905.  That’s real money that drops to the bottom line of a manufacturing operation.

The actual return on investment into an automated turning cell is of course going to depend on the part. Murata Machinery’s engineering team can help make that assessment. If you are turning out parts at medium to large volumes, that’s absolutely an offer to consider. 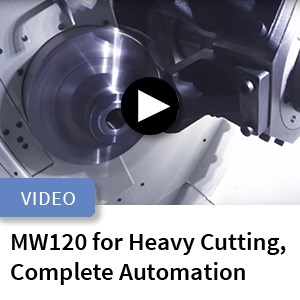 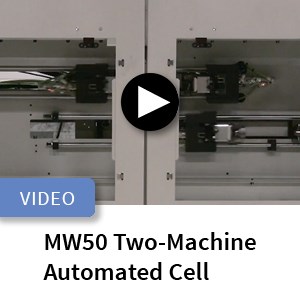 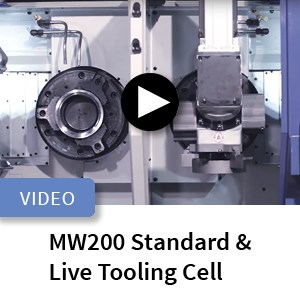 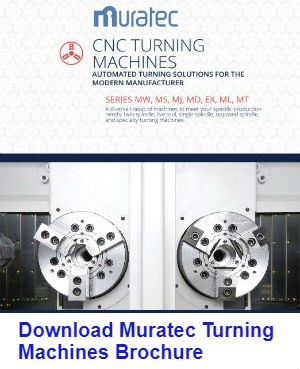