If 40 percent is the number of autonomous vehicles that need to be out there for noticeable improvement, a whole lot more companies are going to have to be doing what Audi is.
#Tesla #oem #Audi

Although Audi’s unveiling of the battery-electric e-tron SUV Monday night in San Francisco caused most all of the attention on the German manufacturer to be focused on the Tesla Model X fighter (that won’t be out until mid-2019, although you can make a $1,000 reservation right now), what is no less interesting also came out this week from the Ingolstadt-based company, information from the company’s “25th Hour—Flow” study, which it is conducting with personnel from the Karlsruhe Institute for Technology (KIT) and MobilityPartners, a Munich-based consultancy.

Looking at the effect of self-driving cars vis-à-vis traffic congestion the researchers found that in a city like Ingolstadt, where there are approximately 140,000 inhabitants, in order to have noticeably better traffic flow on the roads it would be necessary for there to be some 40 percent of the vehicles to be autonomous. 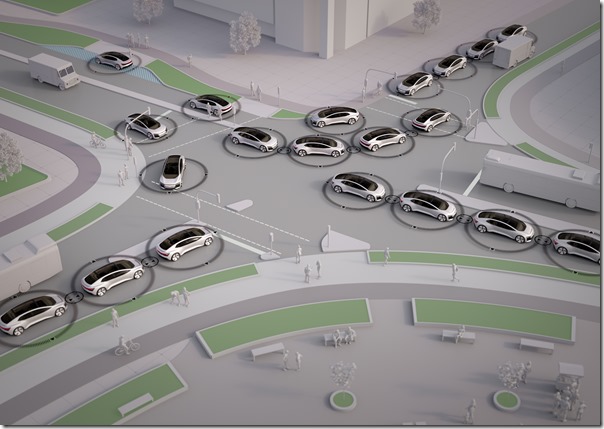 What’s more, one of the biggest factors for improving traffic flow would be to have the occupancy of vehicles increase from 1.1 to 1.3 persons.

In the case that there is more vehicle occupancy and even with an increased number of vehicles on the road (it is anticipated that both people too young and too old to have a driver’s license will avail themselves of autonomous transport, thereby putting approximately 10 percent more people trying to get from here to there) with a fully networked, autonomous system in place there can be an improvement in commute time by as much as 33 percent.

According to Melanie Goldmann, head of Trend Communication at Audi, “The results suggest that autonomous cars, mobility services, and networked infrastructure can significantly reduce congestion and road space.”

Goldmann added, “These findings encourage us to continue our investment in the future: in self-driving cars such as the Audi Aicon, services like Audi on demand, or networked technology such as Audi traffic-light information.”

If 40 percent is the number of autonomous vehicles that need to be out there for noticeable improvement, a whole lot more companies are going to have to be doing what Audi is.