“A prolonged dry spell coupled with soaring, record-breaking temperatures has been a horrible combination for farms from Scandinavia and England in the north to France, Netherlands, and Germany to the south. In particular, July was incredibly hot for northern Europe,” wrote Tom Di Liberto in a piece on the Climate.gov website last August about the drought conditions that prevailed in Europe last summer.

Which probably has something to do with Audi’s implementation of a service-water supply center at its Ingolstadt manufacturing site. 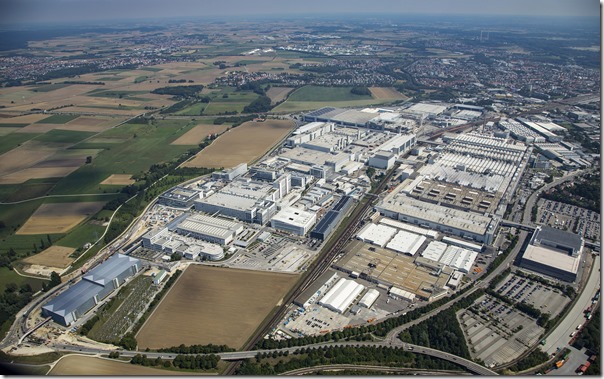 This facility, working with an existing treatment plant, allows the vehicle manufacturer to recycle and treat the waste water produced at the factory so that the company estimates it will save up to 500,000 cubic meters of water each year. (In gallons: 132,086,026.)

Wastewater is treated in three stages. There is a chemical-physical produces that neutralizes alkaline and acidic components and removes any heavy metals (i.e., which come out of the paint shop).

Next they’re using a membrane bioreactor (MBR). This has fine pores that can remove bacteria and viruses from the wastewater, which, according to Audi, is a treatment step that is not typically deployed.

Finally, there is a reverse osmosis process that removes residual salts from the water.

The output from the treatment is cycled back into the factory for use as service water.

Audi estimates that it will be able to eventually recycle about half of the water produced at the Ingolstadt operation.