Don’t think for a minute that the Volkswagen Group is going to be abandoning diesels.

Coming this summer is the Audi SQ7 TDI, which Audi claims will be “the world’s most powerful diesel SUV.” 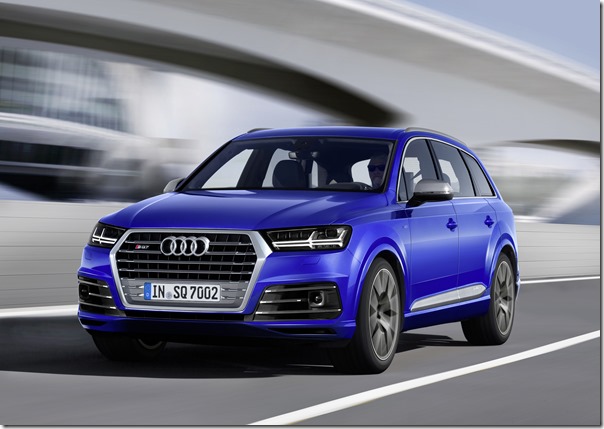 The 4.0-liter SQ7 TDI (that stands for turbo-direct injection, incidentally, and in this case there are twin turbochargers) engine will provide 435 hp and a massive 663.8 lb-ft of torque.

One interesting feature is an electric-powered compressor (EPC) that facilitates the performance of the two turbos at lower revs, reducing turbo lag. Two points about the EPC. One is that it is said to be the first production application of such a system. And the other is that the power for the EPC, which peaks at 7 kW, is provided by a 48-volt system, the first time that Audi has employed one. (Of course, there is still a 12-volt system in the SQ7 TDI, with the two systems being connected via a DC/DC converter.) 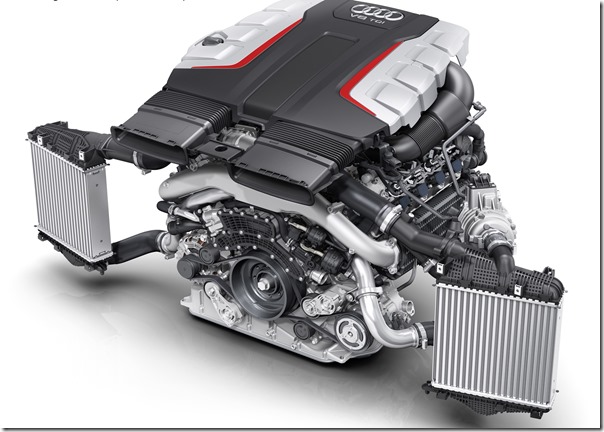 The vehicle features a 48-volt lithium-ion battery that’s located beneath the luggage compartment; it provides peak output of 13 kW.

The 48-volt system also makes possible an electromechanical active roll stabilization system (eAWS), an actuator located on the axle that includes a three stage planetary gearbox to control body roll in turns and to counteract understeering.

And for those who are taking advantage of that 435-hp diesel, countermeasures like that for handling are undoubtedly most beneficial.