Vehicle-to-infrastructure (V2I) systems, when fully implemented, could have a tremendous effect on transportation patterns.
#oem #Audi

Vehicle-to-infrastructure (V2I) systems, when fully implemented, could have a tremendous effect on transportation patterns. While they will certainly be beneficial for automated vehicles, they can even be a boon to those who have DNA-, not C++, based beings piloting the vehicle.

Audi has announced that its Traffic Light Information system, which is available on several 2017 and 2018 Audis, is now operative in 10 cities in the U.S. 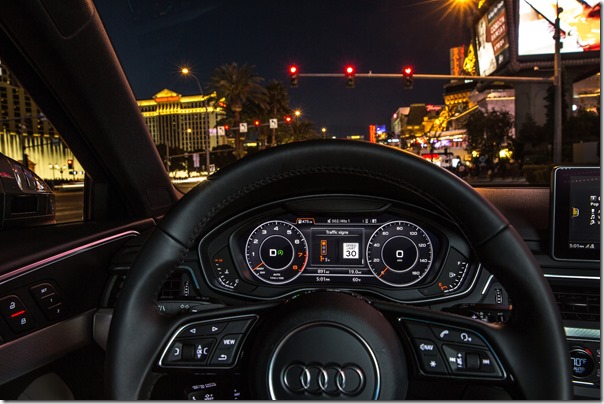 When an appropriately configured Audi approaches a traffic signal that is red, the signal (essentially; it is actually a controller that is doing this) sends information to the vehicle via a 4G LTE connection about how long the signal will remain red. Apparently it has been found that knowing “time to green” helps relieve stress. (And were this in some muscle cars, it would also allow “time to punching it,” but that’s not the case nor the point here.)

This V2I capability will really come into its own when it is expanded—as it is likely to be (Scott Keogh, president, Audi of America: “Not only do V2I technologies like Traffic Light information help to reduce driver stress, they are also essential infrastructure developments as we continue toward an automated future.”)—when it is integrated with the car’s stop-start function, optimize navigation routing, and provide Green Light Optimized Speed Advisory (which would indicate the speed to travel so as to be able to make it through traffic signals so that the Traffic Light Information system wouldn’t need to be deployed).

So far there are more than 2,250 traffic signals that can communicate with Audis.